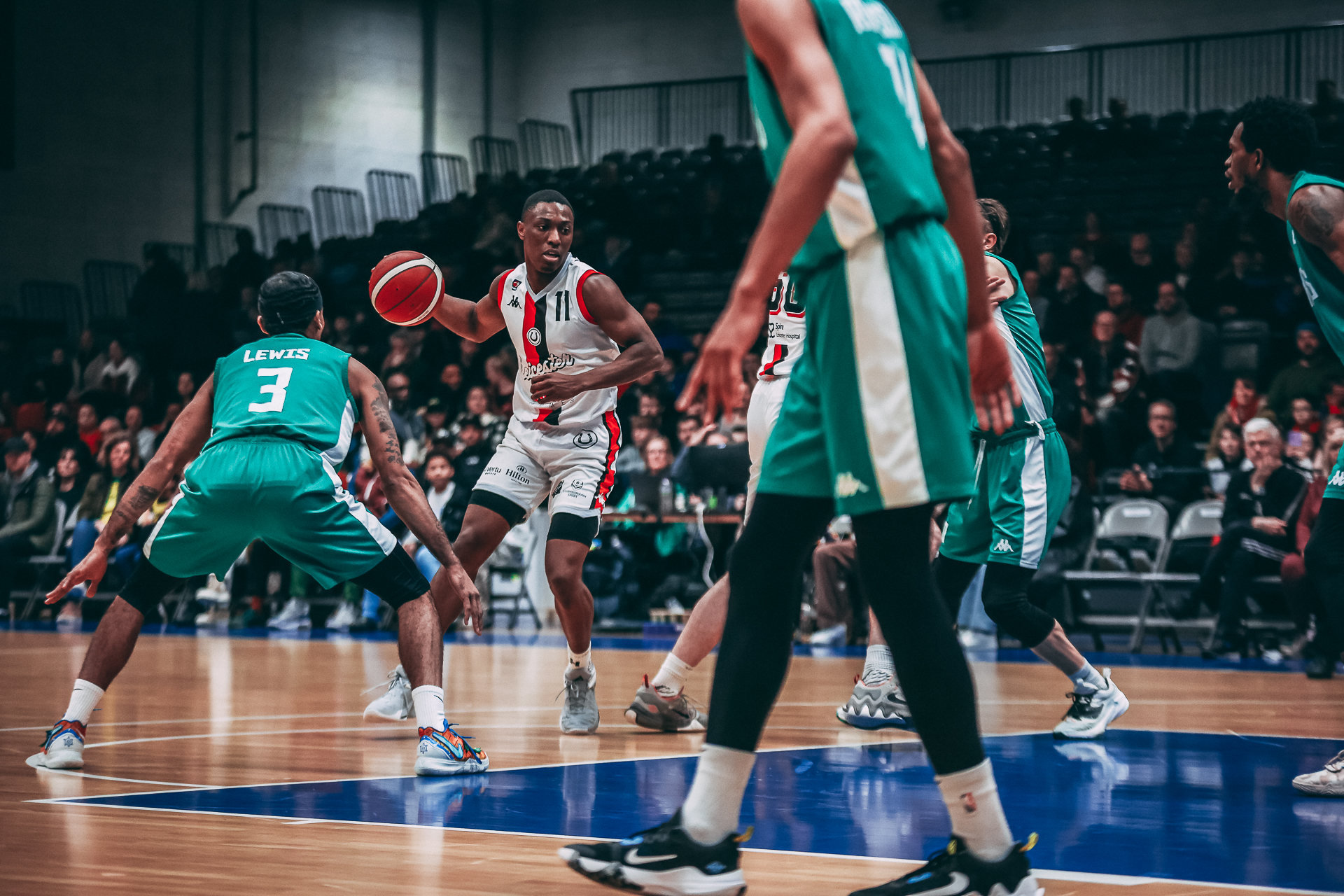 The Riders return to BBL Championship action on Friday with a fixture against the Cheshire Phoenix. They will host the Phoenix at the Morningside Arena, the game tipping off at 7:45 pm.

The Riders are 12-6 in the league this season but have lost just one game at home. The Morningside Arena has proved to be a fortress over past years, and the Riders will attempt to continue this trend in their first home fixture in 2023.

They enter the game following an overtime thriller in the BBL Trophy against the Manchester Giants. They battled through to get a 114-107 win on the road, led by a monster 32 points and 13 rebounds from Marc Loving.

Read our report on the action here!

Loving has led the Riders scoring in all competitions this season, putting up 16.6 points per game. The second-year Rider has stepped into a leading role, putting up seven 20-point scoring efforts on the year.

The Riders’ offence has ranked among the BBL’s best this season, ranking top two in points per game, field goal percentage and three-point percentage. They needed all of their offensive prowess in their recent win in Manchester, and proved they can outscore anyone on any night.

A win to improve them to 13-6 would keep the Riders challenging at the top of the league table, maintaining momentum in their season.

The Phoenix were the only team to beat Leicester to a piece of silverware last year, winning the BBL Trophy during the Riders’ treble-winning season.

They beat the London Lions in the final, securing the fifth BBL Trophy in their history, and their second piece of silverware in 12 seasons.

Over the offseason, Cheshire looked to fellow North Western club, the Manchester Giants, for their most significant acquisition: GB international Jamell Anderson. The former Rider has discovered a new scoring form, putting up back-to-back 20-point games to start the year and logging a career-high scoring average.

The Phoenix are one of four teams over .500 in the league this season, with a 10-9 record. They enter this one off the back of a 129-80 win against the Nottingham Hoods, seeing them through to the second round of the BBL Trophy.

Anderson scored a season-high 30 points in the game, going a red-hot five for nine from deep.

They possess the third-best defence in the BBL, holding teams to 79 points per game, and will look to slow down the Riders’ firepower as they chase a rare win in Leicester.

Leading the Phoenix’s scoring this season is 6’2” American guard Larry Austin Jr, who is putting up 14.4 points per game in his second year in Cheshire.

Austin enters this game after back-to-back 20-point efforts in the league, and an 18-point game in the Trophy against the Hoods. He is shooting 51.7% from the field this season, and is clamping defenders on the other end to average 2.3 steals.

Last season, he scored 23 points in the BBL Trophy final against the London Lions, earning the Final MVP for his efforts. He has been a major piece since his arrival in Cheshire and will be a tough defensive task for Riders’ new man Devonte Bandoo.

Bandoo arrived in Leicester last week, signing from the Saskatchewan Rattlers in his home country of Canada, where he averaged 16.1 points per game.

The Ontario native spent his final two college seasons at Baylor University, after leading Hutchinson Community College to a national championship as a freshman.

He was named the Big 12 Conference Sixth Man of the Year as a senior, helping the Bears to a school-record 23-game winning streak which saw them top the NCAA rankings for five straight weeks.

Bandoo will look to make a positive impact in his first game in front of the Riders’ faithful, as he takes on Austin in the backcourt!