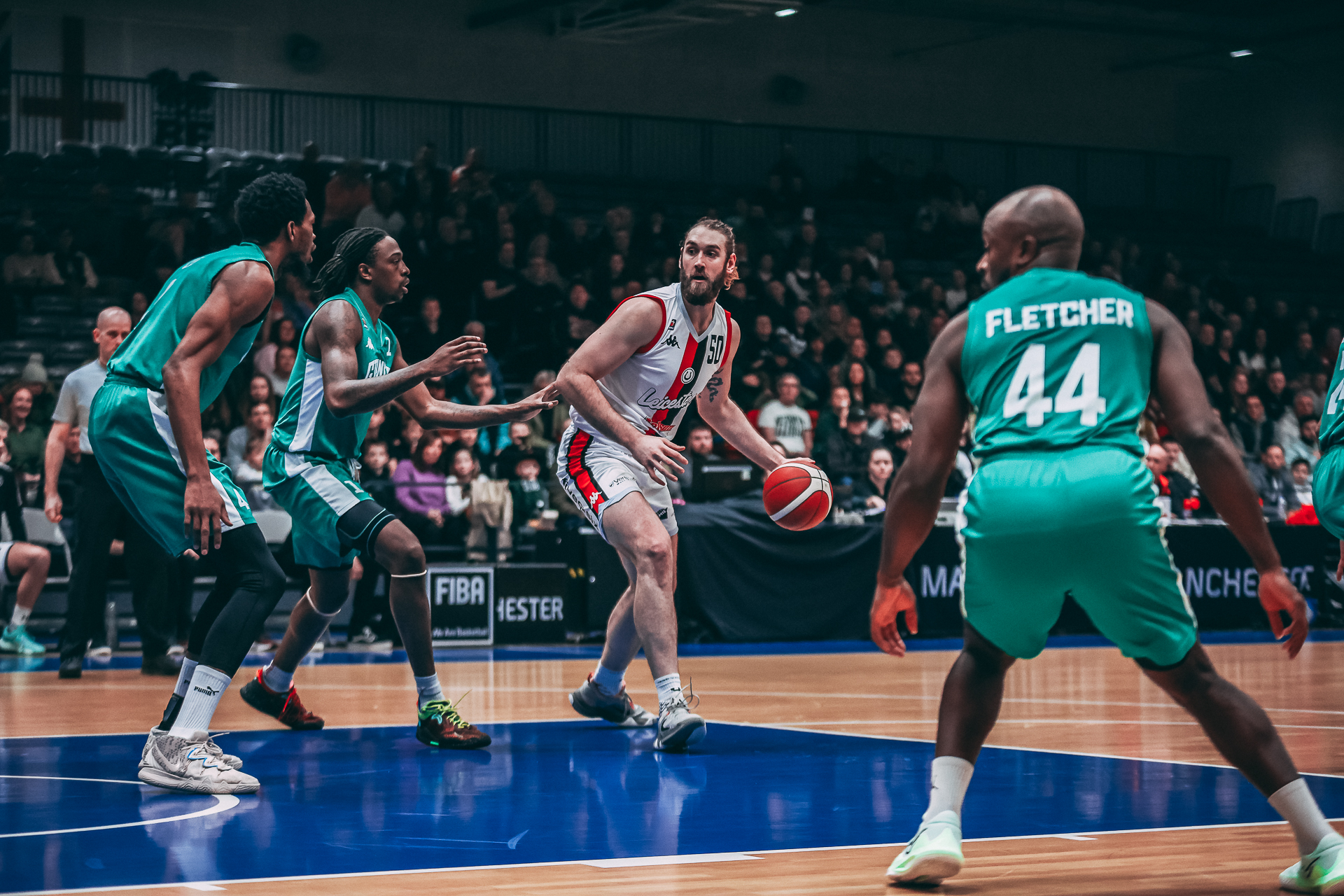 The Riders advance to the second round of the BBL Trophy, winning an overtime thriller against the Manchester Giants. They emerged 114-107 victors, led by a monster 32 points and 13 rebounds from Marc Loving.

Loving was supported by 25 points from Zach Jackson and 20 points from Patrick Whelan, the star trio going off to secure a hard-fought victory. Kimbal Mackenzie came up with his season high of 18 points in the game, scoring five in overtime to steer the team home.

For Manchester, their star forward Tajh Green exploded for 38 points and 14 rebounds in his team’s defeat. The first-year pro’s best professional game was not enough to see the Giants to the next round of the Trophy, as the Riders captured late momentum in overtime.

Leicester shot a red-hot 50% from three in the game, led by seven from Loving. But their free throw shooting saw them edge the tie, going 9/10 from the line in overtime.

The Riders got going with three threes from their leading scorers, Jackson, Loving and Whelan. They jumped out to an early lead, holding the BBL’s highest-scoring offence to six points through the first five minutes to go up seven points.

Leicester hit five threes in the first quarter, helping them to 28 points. One came from new man Devonte Bandoo, who hit his first shot from the corner to introduce himself to the Riders’ faithful.

Manchester caught a hot streak to start the second, capped off by a deep Dirk Williams three to cut the Riders’ lead to four. Leicester responded after a Rob Paternostro timeout with back-to-back threes from Loving, which kickstarted an 11-2 Riders run.

Loving led the game with an emphatic 25-point first half, torching the Giants through 20 minutes. The Ohio-born forward went 6-7 from three, dominating the game from deep.

The Giants hung in the game, keeping their deficit to four by the break. Anthony Roberson concluded the second-quarter action for Manchester with a finish inside.

The sides traded bombs to start the second half, as 13 points in two minutes between the sides did nothing to change the four-point difference in the score.

Jackson led the Riders through the first five minutes of the third with nine points, taking over the visitors’ scoring load to maintain their narrow advantage.

Manchester went on an 8-0 run near the end of the period to take their first lead of the game, capped off by a fastbreak slam by Tajh Green.

But Jackson responded with five points to end the quarter, edging the Riders back ahead going into the final period.

The Giants started the fourth the better of the sides, but a four-point play from Jackson re-tied the game, setting up a tense finish.

Much of the fourth quarter was fought at the free-throw line, with 23 foul shots being taken in the quarter. Roberson got to the line for Manchester to make a free-throw, making it a one-point Riders lead with 2:29 remaining.

The teams traded free throws down the stretch, as Jackson knocked down two shots with a minute remaining to give the Riders a late advantage.

10 seconds later, Whelan drove the fastbreak following a William Lee miss, attacking the hoop to put Leicester up four. But Dirk Williams responded, finding a whistle on a three-point attempt to cut it back to two before a whistle on the resulting rebound gave the Giants’ one more.

Fletcher attacked the rim with seconds remaining, tying the game with 2.9 on the clock with a left-handed layup, and Mackenzie’s attempted game-winner was blocked to send it to overtime.

The sides went back and forth to start the extra period, resulting in a two-point Riders lead with 1:44 on the clock. Conner Washington then drove hard against Lee, getting to the line to make it a two-score affair.

Loving followed up his teammate to make two foul shots of his own, putting Leicester up six with 44 seconds remaining. Mackenzie then sealed the game with a tough fadeaway, sending the Riders through to the second round.

The Riders return home for their next fixture, taking on the Cheshire Phoenix in the BBL Championship. A win would improve them to 14-6, as Leicester looks to chase down the top spot of the league table.

Get your tickets here to support your Leicester Riders!