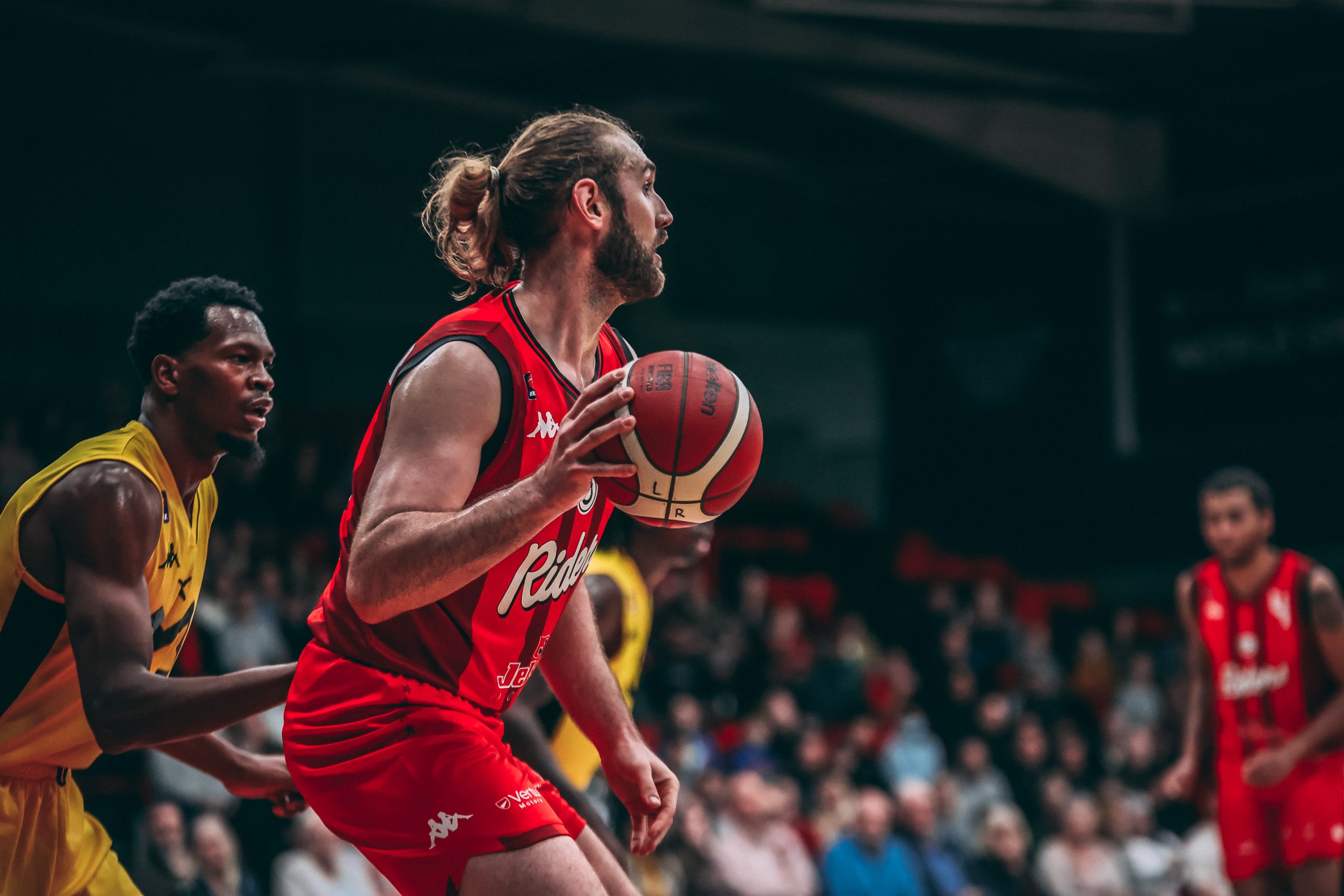 The Riders take on the Caledonia Gladiators on the road, for the second game of a doubleheader. They hold a 2-2 record going into the game, as they look to get over .500.

Riders back on track

After starting the season on a three-game road trip, which they finished with a 1-2 record, the Riders returned home for their season opener on Friday. The result was an emphatic 102-89 win against a tough Manchester Giants team, who fought the Riders wire to wire.

“It felt great to be home, especially after spending the first three games on the road,” said Patrick Whelan after putting up 20 points in the win. “We needed to get a good, comfortable win under our belt.”

Joining him with 20 points in the scoring column was Zach Jackson, who returned to the team after missing the last two games through injury.

“He’s such a good team player and competitor’” said head coach Rob Paternostro. “He’s not 100%, but he told me yesterday: ‘I’m going to play.’ You never have any doubts about Zach Jackson.”

The Riders shot the lights out in the game, making 48% of their threes. In an efficient scoring night, they blew the tie open in the third quarter and held on until the final buzzer.

They will look to replicate their performance in Scotland, building on the momentum found against the Giants.

A new era in Glasgow

The re-branded Gladiators host their first game of the season, after starting their campaign with three straight road games. They split the results 1-2, as they look to get back to .500 in this one.

Big news came out of Scotland this offseason, with the retirement of player/coach Gareth Murray, who has taken up full-time coaching responsibilities for the club. The GB sharpshooter’s absence forced Caledonia to move into a new phase of their franchise, without their star man.

In the early stages of the year, it’s first-year pro David Sloan whose taken up the mantle as the team’s leader. He’s averaged a team-high of 14.7 points, scoring 22 in his debut against the London Lions.

Despite Sloan’s efforts, they dropped the game against London despite playing the Lions close. They picked up their only win in Sheffield, beating the Sharks 74-70, before losing big to Cheshire in their previous game. They’ll hope to get one over on the reigning champs to build some momentum in their season.

Rookie point guard David Sloan has hit the ground running in Caledonia, the 6’0” Kentucky native getting points on the board from the get-go. His 22 points in the season opener came with six rebounds and assists, knocking down four threes.

Sloan graduated from East Tennessee State, playing his final two college seasons there. He scored 12.6 points and dished five assists per game in his final season, before crossing the Atlantic for the BBL.

Sloan possesses all the qualities needed to score in the backcourt. He’s a quick, athletic ballhandler with crafty moves and a quick release, keeping defenders alert for all 40 minutes.

Faced with the task of guarding him is Riders legend Conner Washington, who is playing in his 11th season in Leicester. Washington has won everything there is to win in the BBL, with 14 pieces of silverware to his name after adding three more last season.

The Bedford-born guard is respected around the BBL as an intelligent veteran, playing to an elite standard on both ends. He has earned Molten BBL Defensive Team of the Year honours on three separate occasions.

He reached deep into his bag of tricks in the Riders Basketball Champions League clash against CSO Voluntari, leading the team with 14 points and injecting energy into the Leicester offence off the bench.

Washington showed he can still bounce with the best of them and will bring his A-game against Sloan in this one.

The fixture will be streamed live on the British Basketball League Youtube channel; tipping-off is at 5 pm.