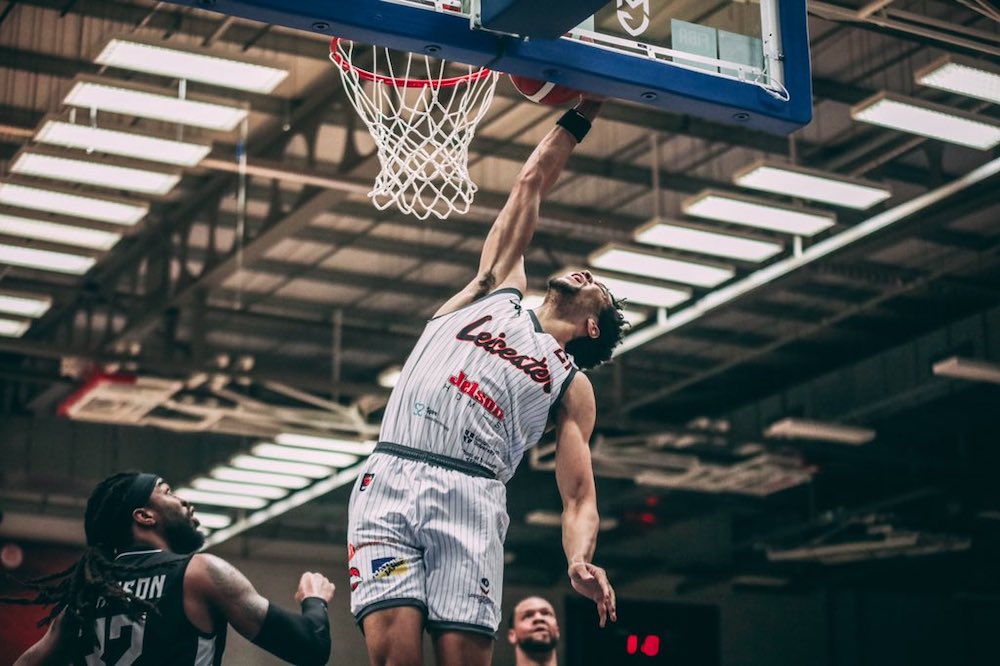 Corey Johnson went off for 24 points with five threes to lead the team to a 91-77 win against the Giants. Corey Johnson, Geno Crandall and Dairen Nelson-Henry each scored in double-digits, combining for 57 points. The trio have now scored 184 of the Riders 281 points over the last three games, to help Leicester stretch their league winning streak to ten. This streak has catapulted the Riders to the best record in the BBL, with the win moving the Riders to a 13-1 record, six points clear at the top of the table.

It wasn’t smooth sailing throughout, however, with Justin Satchell in his bag early for Manchester. He followed up his 25 point Giants debut in his previous game with a 15 point first half, to keep the game close by halftime. Bulgarian international Alex Ouande, who averaged 20 points a game in Italy last season, also had a big game for the Giants, scoring a season-high 20 points off the bench.

The Riders set the defensive tone early, with Jamal Anderson getting a block and a steal on the first two Giants possessions. However, the first quarter developed into a battle between the Riders frontcourt and the Giants backcourt. Sam Cassel Jnr, son of three-time NBA champion Sam Cassell Snr, and Satchell went off early, making multiple tough shots off the dribble over Riders defenders to help Manchester jump out to a 10 point lead. They had 17 of the Giants 23 first-quarter points.

The Riders responded with play from Nelson-Henry and Ali Fraser, who started out aggressive down low. They had six points each in the first quarter, both with their back to the basket playing bully ball at the rim. The big men led Leicester back into the game to end the quarter just three points down. Nelson-Henry had a dominant game on the glass in the absence of the Giants’ starting big man Breaon Brady.

Corey Johnson took over the tie to start the second, scoring seven points in the first two and a half minutes of the quarter to lead the Riders on a 13-3 run. The Riders took their first lead of the game, but the Giants kept the score close, going into the half with the Riders up 40-41.

After being sidelined for much of the first half due to foul trouble, it was Crandall’s turn to run the offence coming out of the half. He had nine points in the third quarter, including two and-one plays, to earn the Riders some breathing room. They went into the final quarter up eight, a lead they would not surrender.

Leicester kicked on from a strong third quarter, stretching the lead to double digits and never looking back. With Giants big-man David Ulph in foul trouble, the Riders attacked the rim to great effect to see the game home. Crandall put an exclamation point on the win, reaching the 20 point mark by throwing a huge dunk over Giants’ young star Franklin Agu.

The win strengthens the Riders’ position at the top of the table, as they head home to play the Worcester Wolves on Sky Sports on Friday.