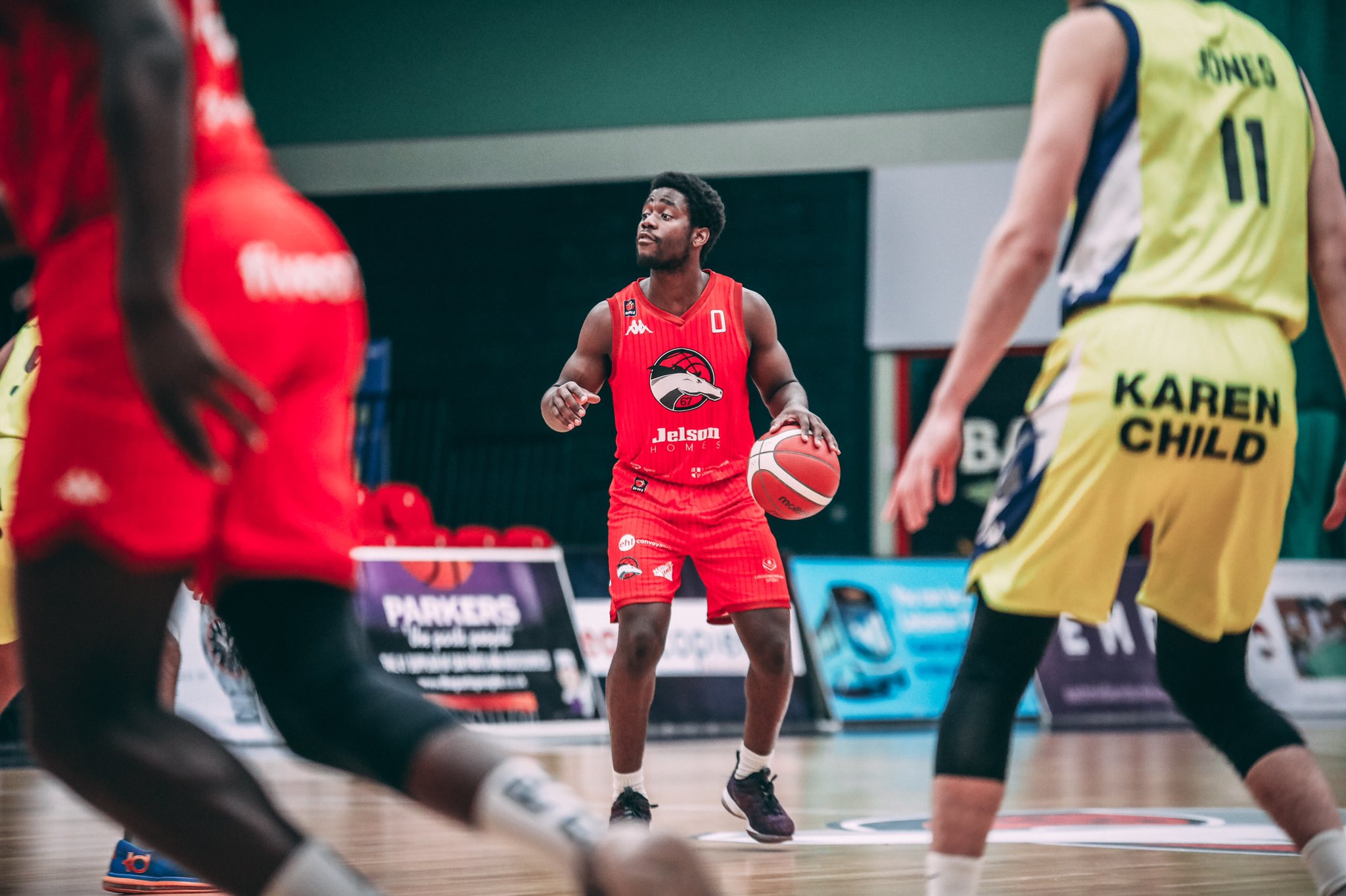 Youthful Riders fall to Sharks in the BBL Cup

A very young Leicester Riders team made a full strength Sheffield Sharks work hard to pick up their second victory in the qualifying stages of BBL Cup, with an 87-61 win at the Morningside Arena. Only new signings Ali Fraser and Aaron Falzon played from Riders regular senior side, in a match that had little significance, since Sheffield were already out of the competition, and Riders were assured of a home tie in the quarter-finals.

Riders will now play Glasgow Rocks in the next round, on Wednesday 16th December (8pm) at the Morningside Arena. The quarter-finals are played over a single leg. Newcastle finished up topping Riders group, and will play Bristol Flyers at home. The other quarter-finals see match-ups between Plymouth Raiders and London Lions, and Manchester Giants against Surrey Scorchers.

Riders started the game positively with Scottish International Fraser hitting an early 5 points to give the home side a 5-2 lead. Sheffield came roaring back, courtesy of their new signing Jeremy Hemsley, who looks a very good addition to the team at the point guard position. The Sharks raced into a 13-7 lead with an 11 to 2 run, but young Riders prospect Kyle Jimenez stopped the rot with a three pointer, and he handled the ball very well against the experience Sheffield guards, turning the ball over just once, while dishing out 6 assists. Hemsley and veteran Sheffield forward Mick Tuck hit consecutive threes, and Tuck finished that off with a three point play to push Sheffield 24-14 clear at the first quarter break.

Young Leicester guard Joe Bielak responded with a three to open the second period, and Jimenez hit another, and after three minutes of the second quarter the Sharks lead was 30-20. Powerful forward Victor Ndoukou was showing his strength inside for the Riders, and he hit 7 points in two minutes to keep Riders in touch, trailing 42-27. At half-time Sheffield had a deserved 48-31 lead.

The third quarter-final was a shoot-out, as both teams started to find their range from beyond the arc. Ndoukou hit another superb three under pressure from the corner, but former Rider Johde Campbell, looking very impressive in extended minutes for the Sharks, hit back with a three, which was matched by Falzon. Campbell hit another and Falzon, now finding his range, yet another, followed by a three point play. Riders edged the third quarter 21-19, and they closed the gap to 67-52 with ten minutes left.

With these two teams matching up again in the BBL Championship at the same venue this Friday evening, Riders Head Coach Rob Paternostro limited Fraser and Falzon’s minutes, and Riders went very young in the final period, as Sharks pulled clear. Jimenez continued to impress and he hit his third three from 6 attempts, as Sharks won the final period 20-9.

Ndoukou looked comfortable in this company, finishing with 14 points, 8 rebounds along with 3 assists, on 55% shooting. Falzon got some good minutes leading the scoring for Riders with 16 points, including 3 three pointers, and added 6 rebounds and 3 assists.