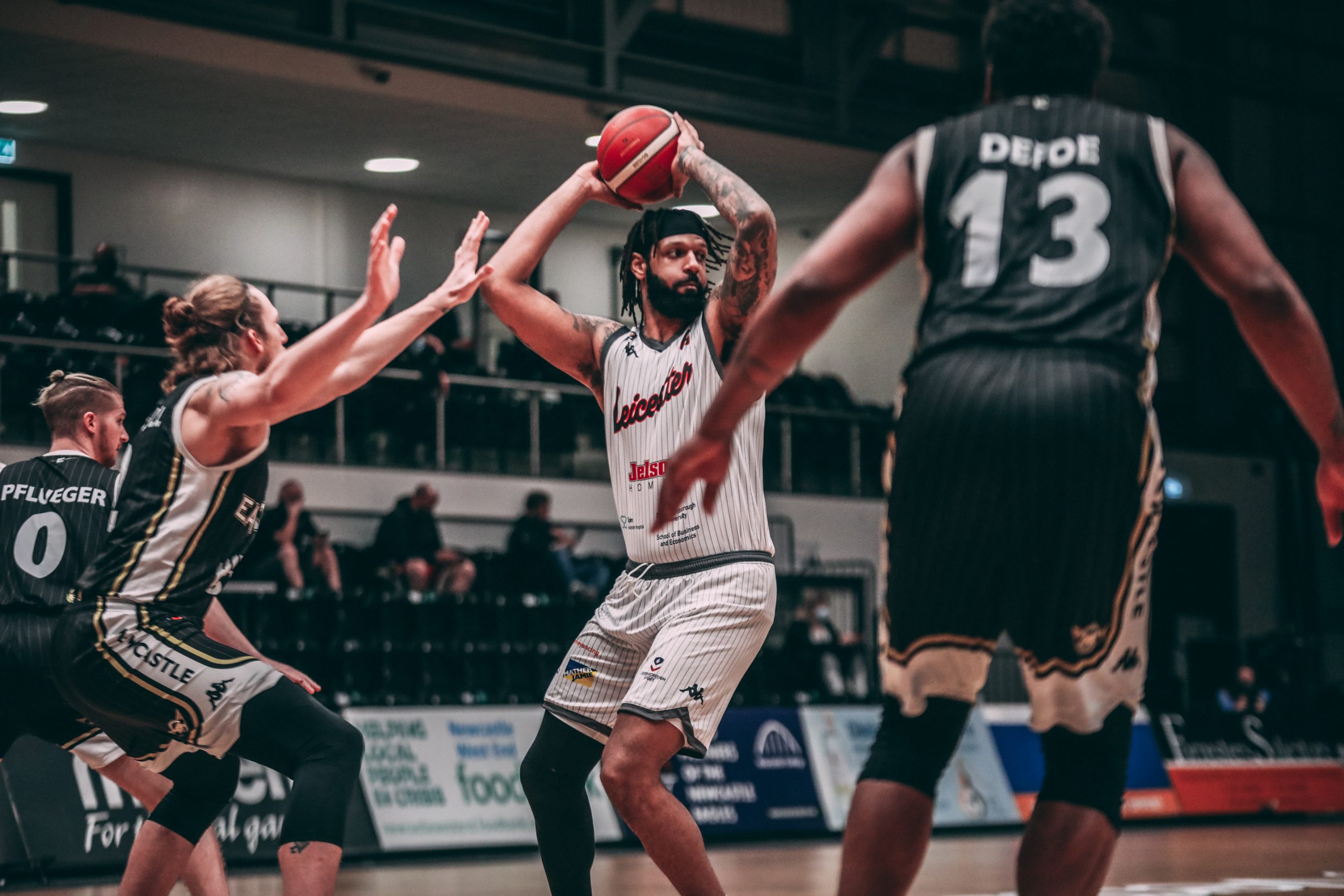 Leicester Riders have secured the signature of Canadian-born centre Mo Walker who has signed a new two-year deal, taking him to the end of the 2022-23 season.

“Obviously the last two seasons were very tough on Mo, two difficult injuries, but we were very happy to see him recover and make it back for the end of the season,” reflected Coach Rob Paternostro.

“He worked hard with his rehab and has shown a real commitment to getting back on the floor and producing again.”

Walker suffered two season ending injuries the last two seasons but, with the support of the Riders Sports Science staff, made a return to court earlier than scheduled in the May Madness Play-offs.

“Everyone knows that if he is healthy he is a real handful for any defense.”

“His size and strength can be very tough to deal with in the low post, but he also possesses a nice feel for the game and is a very skilled big.”

“He is a great teammate who has shown real leadership with a lot of our young players over the past two seasons, we believe his leadership will be beneficial to any team we put out on the floor.”

Walker attended University of Minnesota where he played for the Golden Gophers for five seasons. He scored a career-high 26 points against Penn State in one of his last games as a Golden Gopher. Following his collegiate career, Walker joined the Orlando Magic in the NBA Summer League before heading overseas to continue his professional career.

Mo has experience playing in Italy, Latvia, and France, as well as his time in the UK. Riders fans were first familiar with his talents when playing for the Worcester Wolves, where he averaged 18 points, 10 rebounds, and two assists per game.

Walker will be in action this summer as he prepares for the new BBL season with Canadian CEBL side Guelph Nighthawks, starting on 28 June, alongside Corey Johnson.