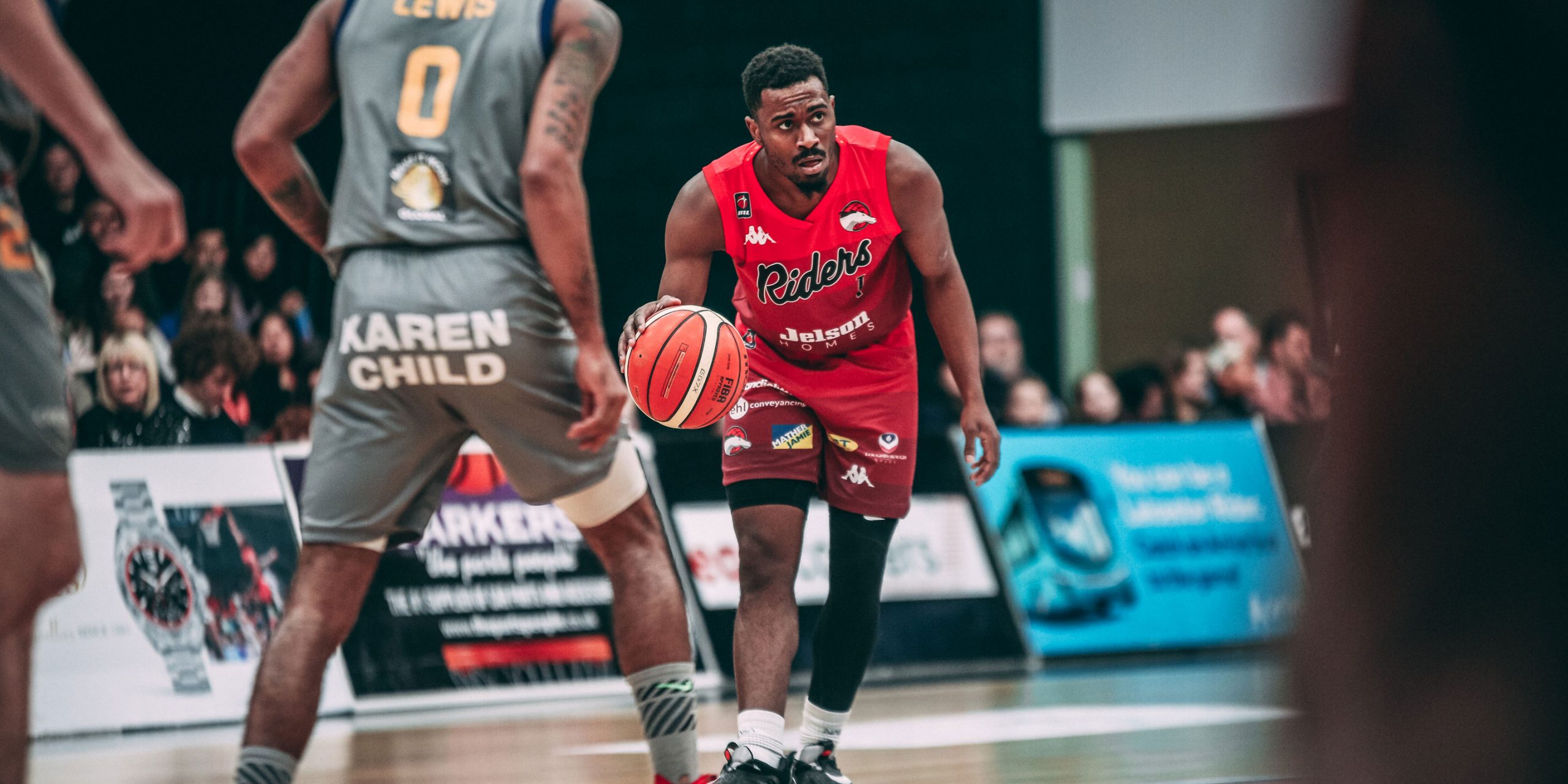 Kyron Cartwright joined the Riders following playing his rookie professional season in Hungary with Alba Fehervar  competing both domestically in the Hungarian first division and the FIBA Europe Cup.

Cartwright is a true Point Guard who’s ability to lead the team and distribute the ball was a key part of the Riders offence this season. Kyron’s elite court vision saw him finish second in the BBL Championship in assists with 8.80 per game, first across all competitions in assists with 8.72 per game and included season highs of 30 points and 19 assists.

Coach Paternostro was pleased with Kyron’s performance this past season and noted he had a unique ability to impact games without scoring. “Kyron speed and quickness was something the defence had to prepare for, his ability to see the floor was incredible, his passing was tremendous, he could dominate the game without even taking a shot. We loved what Kyron brought to our team this season”.

Cartwright was also pleased with the season however, admits it was frustrating the season has been postponed as the team was finding their form. “I thought personally and as a team we had a pretty good season, being a second year professional now I definitely felt more comfortable out there on the floor leading the team. As a team I feel like we were starting to play some of our best basketball right when we needed to so it’s a real shame that all our remaining fixtures have been postponed as who knows what we could’ve gone on to do.”

The Leicester Riders and Manchester Giants did battle in the group stages of the BBL Cup as Kyron Cartwright posted his first double double in a Riders Jersey. Kyron got the Riders off the mark with a tough layup a minute into the contest followed by a trademark midrange jumper off the dribble as the Riders jumped out to an early 6 point led at the end of the first quarter. The Riders continued to assert themselves in the second quarter giving them a 20-44 half time lead with Cartwright running the show contributing 7 points and 7 assists. It was more of the same from the Riders and Cartwright in the second half as they continued to cause the Giants problems, Cartwright handed out another 5 assists and scored 7 points with a variety of crafty finishes around the basket as the Riders took the 57-96 victory to moved to 3-0 on the season.

The Leicester Riders took on the Plymouth Raiders at the Morningside Arena as they opened up their 2019/20 BBL Championship campaign. It was yet another jaw dropping passing display from Kyron Cartwright who handed out a season high 19 assists. Cartwright set the tone early pushing the pace with two sweet dimes on the break before finding Andy Thomson for three to push the Riders out to an early 2 point lead and the end of the first quarter. The Riders came out hot in the second quarter scoring 4 threes in the period with Cartwright running the show dishing out a further five dimes including two flashy no look passes to Darien Nelson-Henry for easy finishes inside. The Raiders fought back in the third quarter winning the period 24-18 to close the gap to just 6 heading into the final period. Cartwright ignited the Riders run at the start of the fourth scoring a jump hook over Raiders guard Josh Wilcher before once again connecting with Nelson-Henry inside for two. Kyron saw the Riders over the line in the closing minutes finding Josh Ward-Hibbert on the break for two followed by Jesse Chuku for a jumper as he totalled 19 assists on the game and the Riders took a 96-79 win.

Kyron Cartwright posted a career high 30 points as the Leicester Riders defeated the Worcester Wolves avenging their BBL Cup Semi Final loss to the Wolves two weeks earlier. Kyron put on his most impressive scoring display of the season causing the Wolves problems all evening. Cartwright got going early pushing the pace and finding lanes to the basket with ease as the Riders jumped out to an early 31-15 lead at the end of the first quarter. Worcester closed the gap in the second quarter winning it by 6 despite still being unable to control Cartwright who found his way into the lane at will. The second half was far closer with the Wolves pulling it back to just an 8 point game heading into the final quarter however it was Cartwright that sealed the deal for the Riders scoring 8 points including three clutch free throws in the final minute to secure a 4 point victory for the Riders.