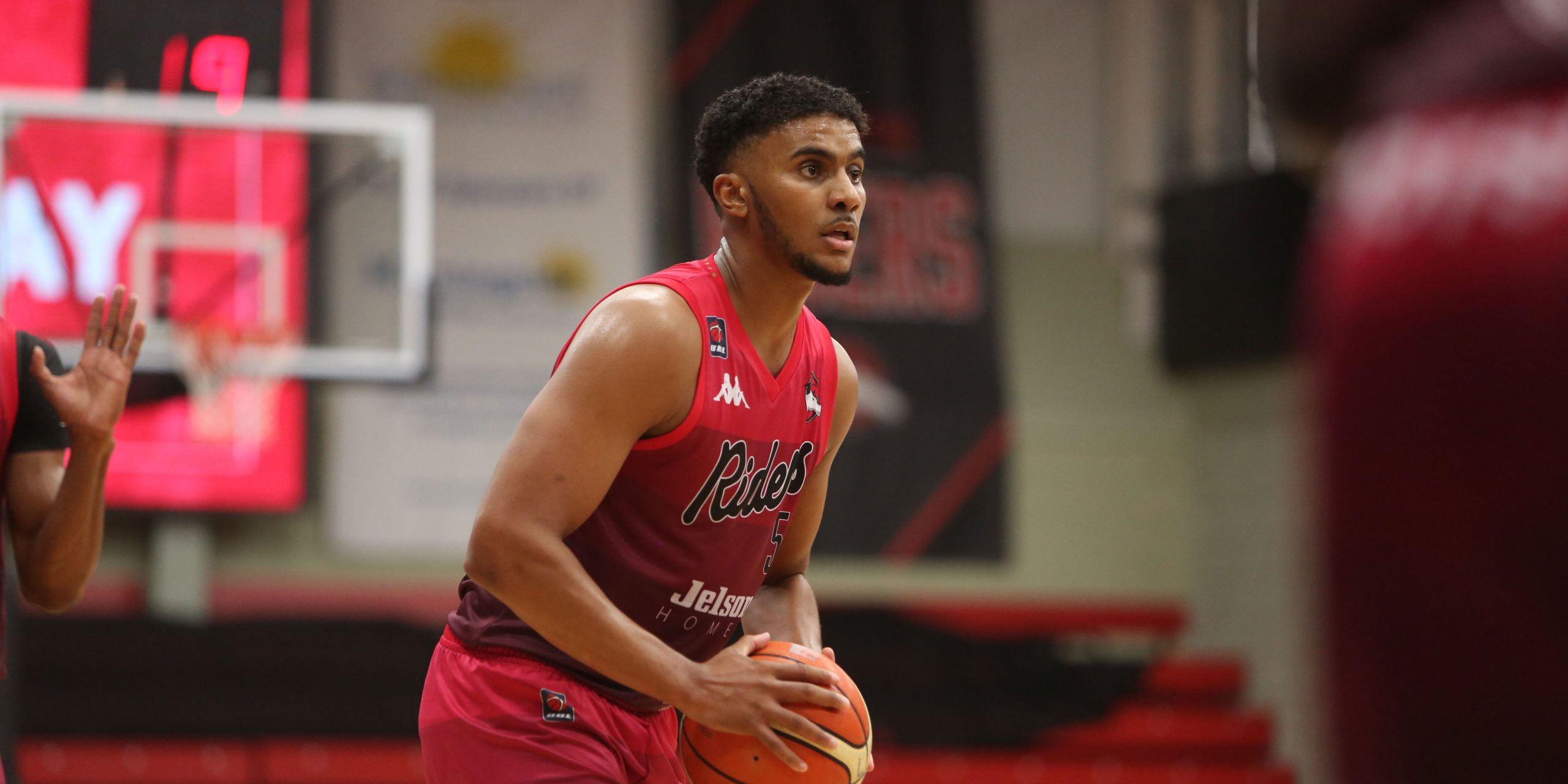 British Guard Rema Lascelles returned for his third season with the Riders this summer after winning four pieces of silverware in that time.

Lascelles’ battled injury throughout the 2019/20 season only playing 9 games across all competitions, despite this he still contributed his usual steady minutes at the back up guard position and was always reliable when called upon by coach Paternostro. Although he only played 9 games Rema averaged a career high 4.4 assists per game, had a season high 11 assists and posted a double double against the Glasgow Rocks when the Riders were without starting Guard Kyron Cartwright.

Coach Paternostro highlighted Lascelles as a big miss for the Riders during some important games in their schedule. “It was unfortunate that Rema picked up the hand injury, it really affected his season and ours. We missed him in some important games, When healthy he helped us win games. Early in the season when we played Glasgow and Kyron was injured he produced and came up with an excellent performance.”

The Leicester Riders took on the Glasgow Rocks north of the border as Rema Lascelles was inserted into the starting line up as Kyron Cartwright remained on the side line injured. It didn’t take long for Rema to get involved in the action as he drove to the basketed for a smooth layup before finding Namon Wright open for three in transition. Rema capped off the quarter splitting a pair of free throws as the Riders went into the quarter break up 17-21. The Riders came out hot in the second quarter with Lascelles pulling the strings, finding Chuku for three before Nelson-Henry and Thomson inside for easy twos. Lascelles then made a three of his own before finding Joe Scott for the Riders third three of the quarter which took them into the half time break up 18. With the Riders out of sight at the half Lascelles kept the team ticking over in the second half scoring another 6 points and handing out 4 dimes as the Riders cruised to a 66-88 win over the rocks.

The Leicester Riders took on the Glasgow Rocks at the Morningside Arena as they looked to move 2-0 on the season against the Rocks. Despite coming off the bench this time Rema’s influence on the game remained as important as in the reverse fixture. Up by 6 at the end of the first quarter the Riders made a run in the second as Lascelles got the Riders going on the break with two sweet assists to Darien Nelson-Henry to give the Riders a 20 point half time lead. It was more of the same from the Riders and Lascelles who knocked down two more free throws and handed out 3 assists in the period as the Riders were cruising ahead 79-48. It was a low scoring fourth period with the Riders winning it 14-10 which meant the Riders sealed a 93-58 victory.