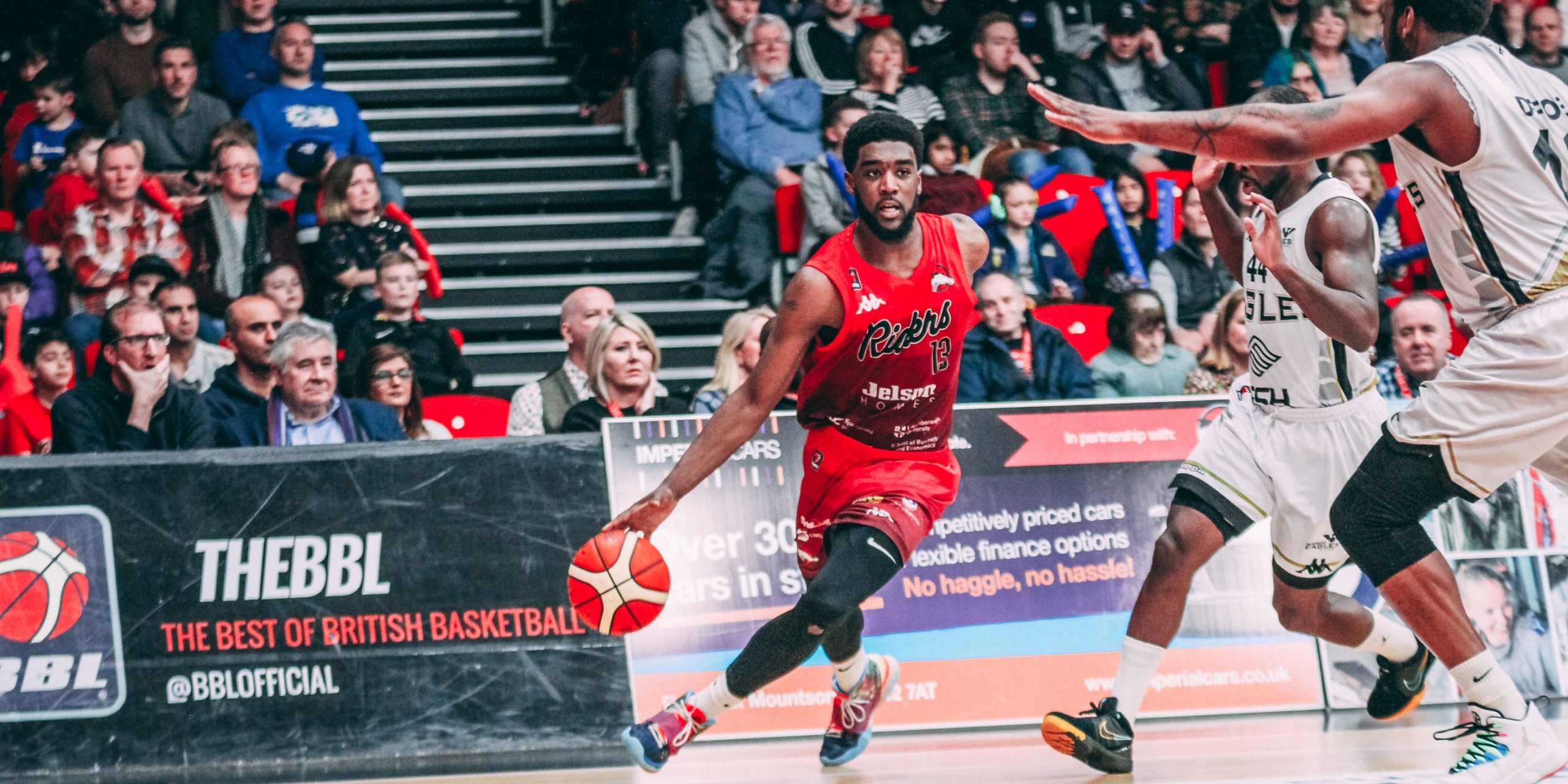 Namon Wright joined the Riders in the summer of 2019 following graduation from the University of Colorado. Namon joined the Riders with the reputation as a talented scorer of the ball from the perimeter and did not disappoint in his rookie professional season.

Wright was the Riders leading scorer in the 2019/20 season averaging 15.8 points per game on an excellent 46.7% from the two and 43.9 from three. Namon also displayed a good rebounding ability from the ring averaging 6.2 rebounds per game in the BBL Cup.

Coach Paternostro thought Namon had a good rookie season and has all the tools to go on and have a very successful professional career. “Namon was an exciting player for us this season. He showed the ability to shoot the ball from long range and used his athleticism to be an effective player in the bbl. From day one You could see he has a lot of tools and because of that he is a guy that has tremendous potential in professional basketball.”

The Leicester Riders travelled to the North East to take on the Newcastle Eagles as the two teams were set to do battle for the second time in the BBL Cup. Namon got the first score of the game scoring a highly contested layup inside but no team was able to take control of the game in the early exchanges. Wright knocked down a pair of three throws with 3 minutes left on the clock before the Eagles took control of the final 2 minutes leading at the end of the quarter 25-18. Wright got the first score of the second quarter with another crafty layup inside but the Riders failed to make inroads into the Eagles lead as the Riders went into the half time break down 6. The Riders came out firing in the second half and Namon set the tone with an early three before getting fouled driving to the basket and converting the and one at the line. Wright continued to take over the third quarter with a floating layup inside and knocking down another two free throws as the Riders regained the lead heading into the fourth quarter up 57-59. Namon continued to score around the basket with ease in the fourth scoring his fourth layup of the game which sparked another Riders run. The Riders lead by five heading into the final minute as the Eagles looked to foul and make the Riders miss from the line. Wright knocked down the final two free throws of the game as the Riders ran out victorious 69-76.

The Leicester Riders took on the Plymouth Raiders at the Morningside Arena in the first game of the BBL Championship. The teams exchanged baskets in the opening minute as Wright got involved with a sweet scooping layup before knocking down a fading mid range jumper followed by a three from the ring as the Riders won the first quarter 26-24. The Riders began to pull away in the second quarter hitting a number of threes with Namon getting in on the act. Wright scored a tough lefty layup and a corner three with a minute left in the quarter as the Riders went into the half time break up 54-40. The Raiders game out strong in the third quarter cutting the Riders lead to just 6 points heading into the final quarter. The Riders regained their lead in the fourth quarter after some early scores and they never looked back continuing to get stops and easy scores on the break as they ran out victorious 97-79.

The Leicester Riders took on the Newcastle Eagles for the final time this season as Namon Wright exploded for a season high 29 points. Namon once again got the Riders off the mark, this time with two early free throws before knocking down a mid range jumper with 5 minutes left in the quarter. Namon went on to knock down 4-4 free throws to finish the quarter as the Riders went into the break up 26-16. The Riders continued to build on their lead in the second quarter as Wright knocked down a three with three minutes left in the quarter as the Riders headed into the half time break up 49-34. Namon made another three mid way through the third as the Riders continued to dominate heading into the final period up 71-52. Namon and the Riders exploded in the fourth quarter, Namon entered the game with 6 minutes left in the game and immediately scored a three followed by two sweet finger rolls. Namon capped a great personal and team performance with a deep three as the Riders ran out winners 101-63 in a record breaking win over the Eagles.