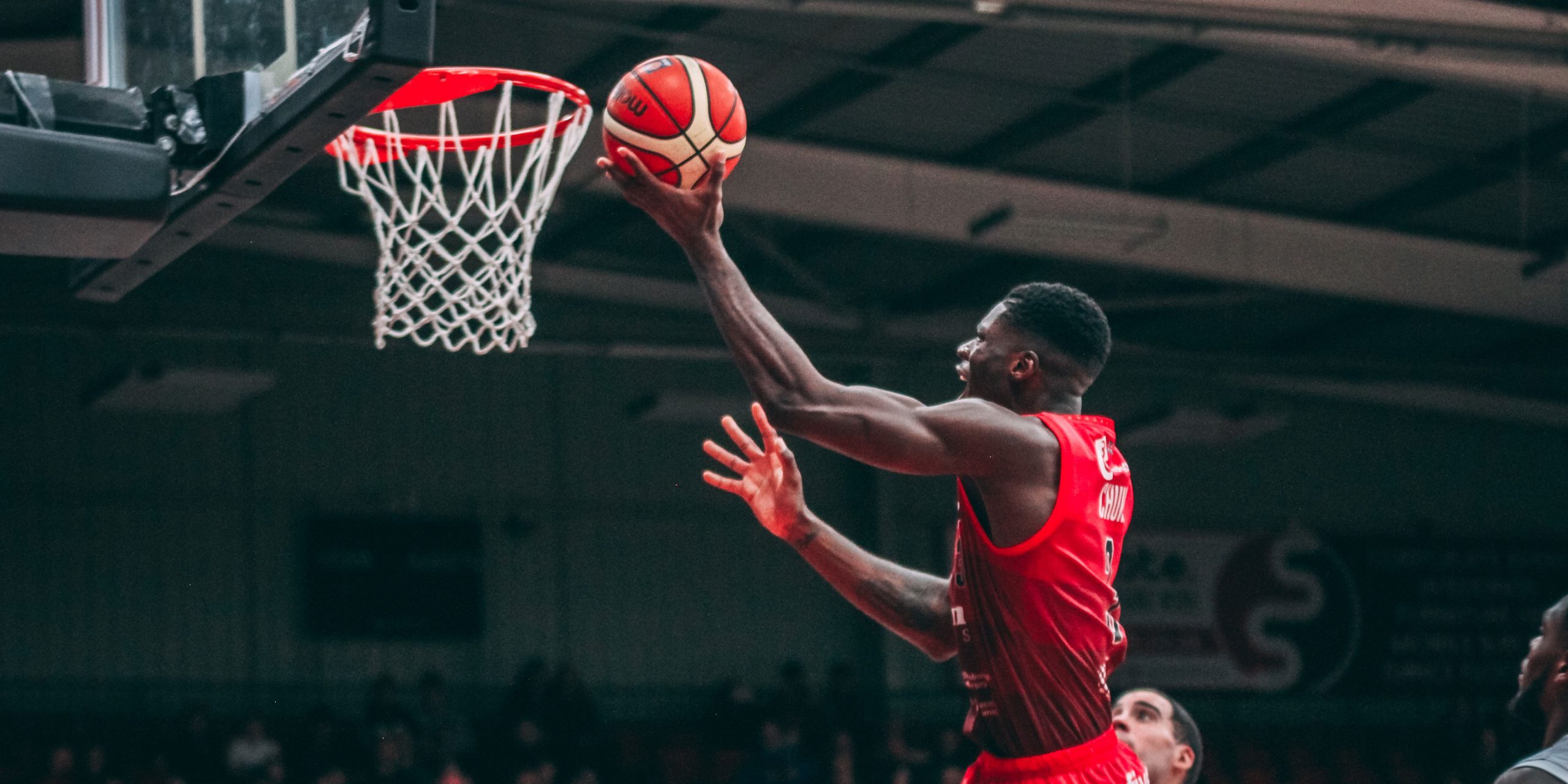 6’8 British Forward Jesse Chuku joined the Riders for the 2019/20 season following an 8-year stint plying his trade abroad in the USA, Greece and Spain.

The Lehigh University alumni brought an ability to stretch the floor on the offensive end this season with his sweet shooting stroke but he also brought an intensity on the defensive end averaging 1 block per game across all competitions. Although not a high volume scorer Chuku did have a season high of 22 points and shot the ball efficient all season shooting 45% from the field and 75% from the free throw line.

Coach Paternostro highlighted Jesse’s rim protection as a key ingredient to his teams success this season. “Jesse ability to defend the paint and protect the rim was very important for our team His size, length, and strength allowed him to defend anyone inside. He also has the ability to stretch the defence with his shooting ability which creates space inside for others to create.”

Chuku said that he enjoyed the challenge of competing everyday with this team. “I really enjoyed playing with this group of guys this season, we had a lot of fun strived to improve as individuals and as a team each and every day. We had a few good runs throughout the season and I feel we we’re just starting to play our best basketball when the season got postponed. It’s a shame the season has been postponed due to coronavirus but I am using the time to relax and recover in isolation as the season takes its toll on you mentally and physically.”

The Leicester Riders put on an impressive performance as they defeated the Glasgow Rocks on the road behind a game high 21 points from British Forward Jesse Chuku. Chuku got going early making 2/2 free throws to get himself off the mark with 4 minutes gone in the first period before knocking down a mid range jumper followed by a three to put the Riders up by 8. A further 7 points in the second period combined with some excellent defence around the basket propelled the Riders to a 18 point half time lead. It was more of the same from the Riders in the second half, Chuku was once again shooting the ball with his usual efficiency as he knock down another mid range jumper and a three as the Riders won the quarter by 6. With the Riders already out of sight by the fourth quarter not even a late run from the rocks was enough to trouble them as they ran out victorious 66-88.

The Leicester Riders took on the Manchester Giants at the Morningside Arena as the teams met for the second time in the BBL Cup North group. It was a perfect shooting night for Chuku who knocked down all 10 of his field goal attempts for what was a joint season high of 21 points. What made Jesse’s perfect shooting night even more impressive was that only 2 of his points were around the basket the other 19 all came from mid range jumpers or three point field goals. Chuku’s 21 led the Riders in scoring as they defeated the Giants 102-70.

Jesse Chuku had his highest points tally of the season against the Cheshire Phoenix as the Riders unfortunately fell on the road. Chuku surpassed his previous season high of 21 points which he has reached on 2 occasions by pouring in 22 points against the Phoenix. The Londoner once again displayed his sweet shooting touch scoring several midrange jumpers and 2 threes as he caused trouble for the Nix all night. Unfortunately, another efficient performance from Jesse wasn’t enough as the Riders fell to the Phoenix 95-91 on the road.