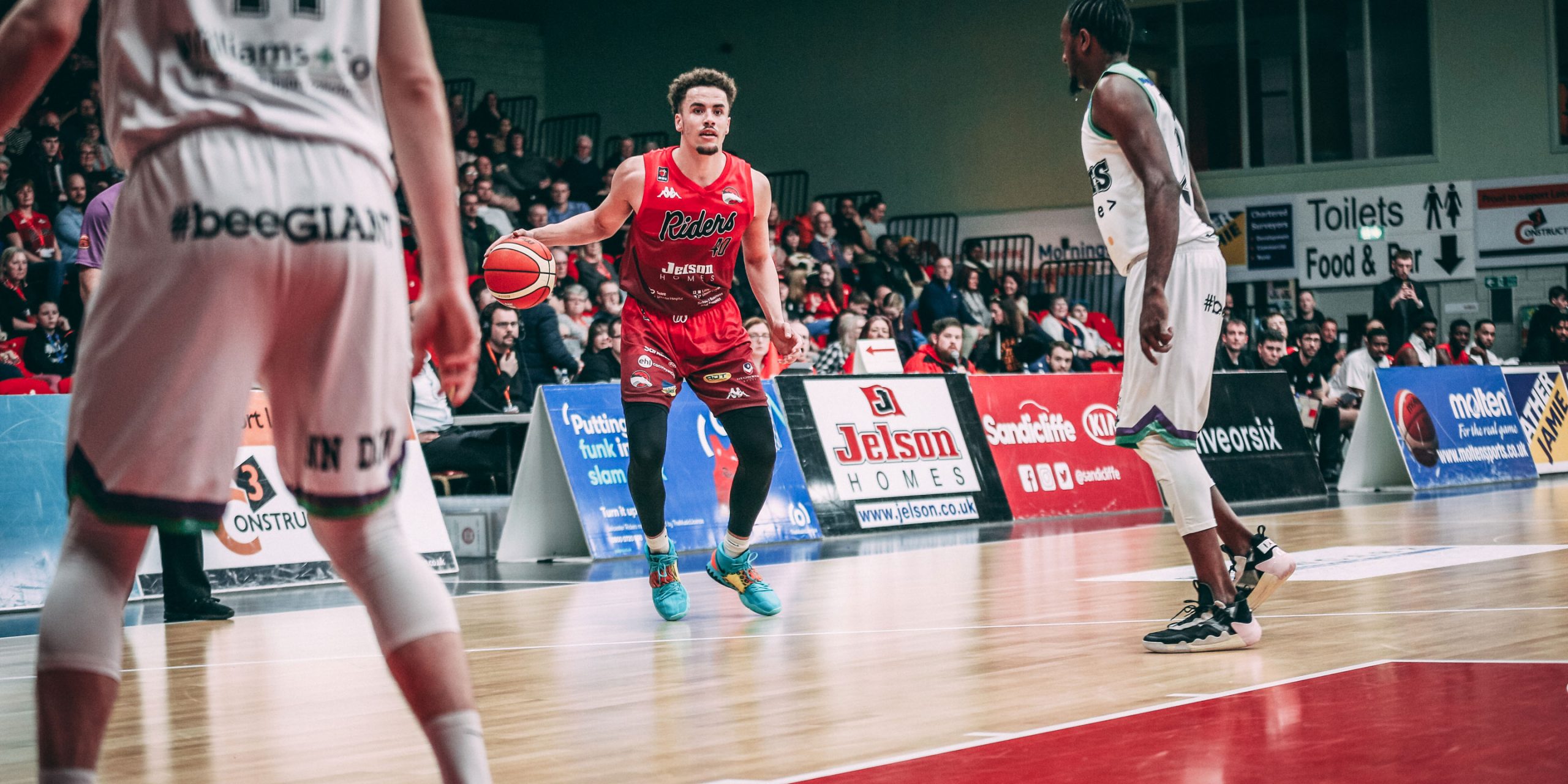 Corey Johnson arrived in Leicester in late January after starting the season with Spanish LEB Silver side Zornotza. Johnson hit the ground running w providing the Riders with another lethal shooter from behind the three point line as well as excellent energy on the defensive end.

Johnson quickly built a reputation for himself as one of the deadliest marksmen from behind the three point line across the league after some impressive shooting displayed in his first few games for the Riders. Johnson finished the season averaging 7.9 three point field goal attempts per game and season highs of 32 points and 10 three point field goals made against the Surrey Scorchers in February. Despite impressing individually the Riders form also improved following Johnson’s arrival as they went on to win 6 of their next 7 games since he joined Coach Paternostro’s team.

Coach Paternostro knew that Corey was going to have a big impact on his team when they signed him in January. “He was someone that we had recruited in the summer so we knew him very well and knew he would impact our team. His three point shooting was very important for us, he had some big games and hit some big ones but it also really opened up the floor for our offense. We were very impressed with his energy and his ability to defend. He played excellent 1 on 1 defence and was also an excellent team defender who played with a high IQ”.

In just his second game in Leicester Corey and Riders took on defending BBL Champions the London Lions at the Morningside Arena. The Riders got off to a hot start offensively and opened up a early lead as Johnson and the second unit entered the game midway through the first quarter. Johnson nailed a three as the Riders took a 20-10 lead into the quarter break. Corey  and the Riders continued to rally in the second quarter as he scored a layup on the break as the Riders extended their lead to 14 at the half. Unfortunately the Lions battled back in the third quarter as the Riders offence dried up, the gap was just 3 points heading into the final period. Corey came to life in the final period as the Riders re gained the momentum. An early three steadied the ship before he knocked down another 3 two minutes later to extend the lead back to 7 points. With the lead back at just 4 points with a minute 30 left in the ball game before aa Johnson layup made it a three shot game. Corey scored 5 points in the final minute of the game to see the Riders over the line 83-76.

The Riders travelled to Surrey to take on the Scorchers as the two teams did battle for the first time this season. Corey Johnson put on an all time great shooting performance as he knocked down 10 3s on the way to a game high 32 points. The two teams exchanged buckets in the early stages, Johnson entered the game midway through the first period and quickly knocked down three catch and shoot threes as the Riders went into the quarter break up 3 points. Johnson’s hot shooting continued as he hit a sweet step back three to get going in the second quarter before hitting another from the top of the three as the Riders went into the half time break down just two points. The Scorchers came out the break the hotter of the two teams but another two Johnson threes out of a Coach Paternostro time out got the Riders going. Corey hit his eighth three of the night with two minutes left in the quarter but it was the Scorchers who went into the fourth quarter up 2. Corey got the Riders going in the fourth with another three to start the quarter as the Riders made a run. With the game tied with just 9 seconds to go a Namon Wright long two secured the win for the Riders on a night that would be remembered for unreal shooting performance by Corey Johnson.