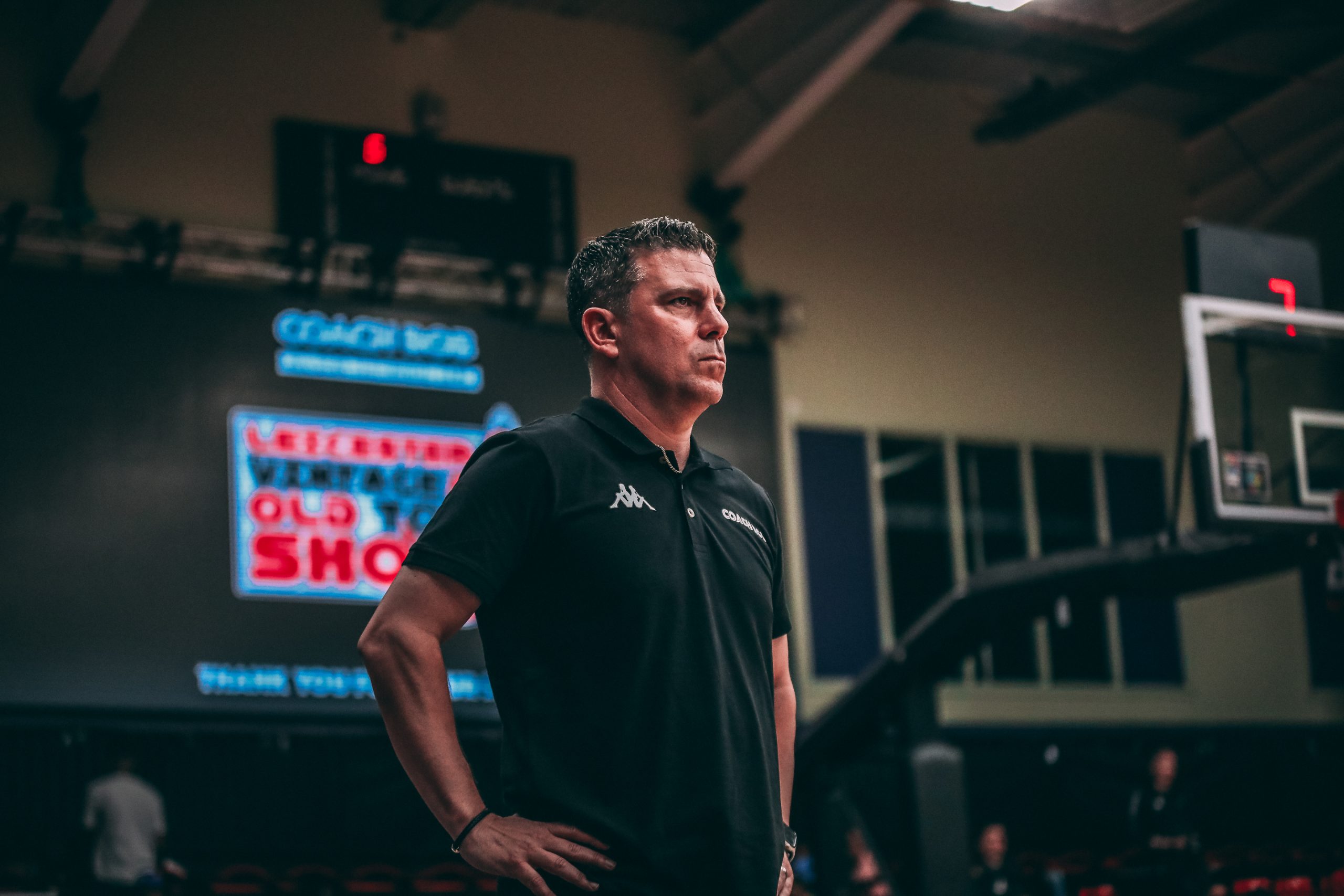 The game came down to the final seconds, as the teams traded the lead in the final minute. The Riders Legends had a shot to tie, but Tyler Bernardini’s shot fell short to end the game.

The fixture was hotly contested, with both sides hustling on both ends in a fitting tribute to coach Rob. Stars from past and present knuckled down on defence to create a high-quality display of basketball fought buzzer to buzzer.

The opening stages were tightly contested, as former McDonald’s All-American Taylor King turned back the clock to start the game, draining his first three to get the action underway. Midway through the first, the BBL All-Stars edged a 10-12 start, with Dirk Williams of the London Lions leading the game with a pair of triples.

Making their first changes of the game, the All-Stars fielded five of the BBL’s current elite to see out the quarter. They stretched their lead to eight to close the period, with Surrey Scorchers legend Tayo Ogendengbe laying in a fastbreak score to make it 27-19.

Five quick Legends points started the second quarter, as big man Barry Lamble stringed a three to cut the deficit to one possession. The sides traded buckets in the period, before Zaire Taylor, who featured on the 2013 BBL Team of the Year, ran the fast break to tie it up with a layup.

With two minutes remaining in the half, the Riders caught fire from deep, draining four straight to explode out to a double-digit lead. They carried their advantage into the half, leading 53-46 at the break.

To start the second half, the BBL All-Stars fought back with back-to-back threes, as Dirk Williams’ deep shot made it a three-point game. In response, the Legends went on a run of their own, as Hassan’s midrange pull-up rebuilt the lead to nine.

They held the All-Stars at arm’s length until two minutes left in the third, before they commenced a run to climb back into the game. Matthew Bryan-Amaning dished a flashy behind-the-back pass to the BBL’s most decorated player Darius Defoe, who tied the game up in close.

Six quick Legends points to close the third made it 72-66 in their favour entering the final period. Bernardini took it coast to coast and drained a deep three at the buzzer, giving the Riders their narrow advantage.

The sharpshooter stayed on hot form in the fourth, getting the period underway with another triple. Jorge Calvo rode the wave of momentum, hitting a shot at the buzzer to claim the Legends’ first double-digit lead.

The All-Stars chipped away at the advantage, cutting it to three with three minutes remaining. Manchester Giants’ Josh Steel turned up in the clutch, driving to the hoop to make it a one-point game a minute later.

Josephs, who averaged 18 points in the BBL last season, took the All-Stars first lead of the fourth with a triple, setting up a tense finale with 40 seconds on the clock. With 4 seconds left, the Riders had a shot to tie at the buzzer, but Bernardini’s shot fell short to end the game.

The fixture completes the season’s basketball at the Morningside Arena, as Rob and the Riders look forward to the next season to earn further silverware.