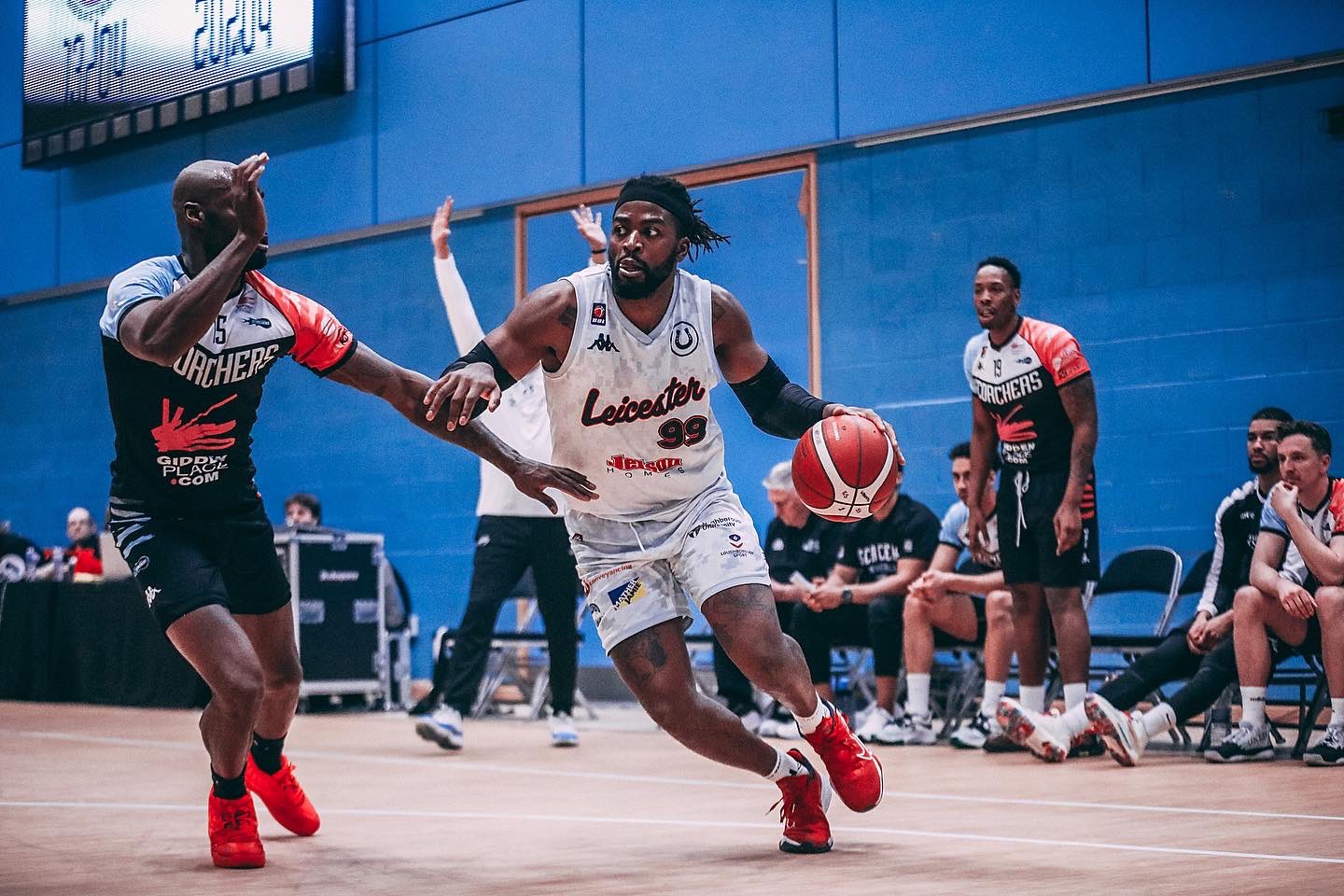 Riders win on the road in Surrey

The Riders improved their BBL best record to 17-2, beating the Surrey Scorchers 82-60 on the road.

Darien Nelson-Henry led the team with 21 points and five rebounds, not missing a shot as he went 8-8 from the field. Nelson-Henry’s shooting was consistent throughout the team, as Leicester enjoyed a characteristically efficient shooting night, going 56% from the field.

Entering the final quarter with a slight advantage, the Riders flexed their league-leading defence to seal the win. They held Surrey to just nine points in the final period, as the Scorchers went 3-11 from the floor and turned it over six times.

The game marked the return of Mo Walker from injury, who put in a solid effort in limited minutes. The Minnesota graduate scored eight points in the first half, muscling his defender in the paint.

Coach Rob Paternostro reflected on his center’s efforts: “Mo’s first half set us up and put us in a great position. He was unstoppable for a time, and it really helped us get the lead.

We liked his matchups today, especially against the second unit. We like a lot of his matchups every game, and we knew he could get good position down low, and he’s so skilled down there.”

After a tough Riders shooting stint to start the game, Marc Loving took the lid off the basket. He threw down a monster alley-oop slam to send the Leicester bench into a frenzy, before converting an and-one play to keep the early score close.

Building off his teammate’s play, Walker made his first buckets after returning from injury. The Canadian/British big man scored six in three minutes to give the Riders a 21-17 lead to end the period.

Loving came out into the second quarter in attack mode, getting to the line twice in three minutes including another and-one play. Spurred on by the Ohio State graduate’s play, the Riders took their first double-digit lead of the night, courtesy of Patrick Whelan’s three.

On the next play, Loving came up with the play of the game. Following up Whelan’s missed layup, Loving rose high over Sol Rolls-Tyson, and threw the ball down two-handed on the 6’8” forward’s head, silencing the home crowd.

The Riders rode a wave of momentum from the play, and entered the locker rooms up 45-30.

After a 6-0 Scorchers start to the second half, the Riders attacked the hoop to put their opponents in early foul trouble and reestablish their lead at the free-throw line. Crandall ran the offence with his elite playmaking, showing off his flashy passing by throwing an assist over his head to Zach Jackson on the perimeter.

But the Scorchers responded, getting to the line themselves to great effect to take eight free-throws in three minutes, cutting the difference to single digits. Kimbal Mackenzie ended the period with a layup for the Riders, ending the third with the score 62-51 in Leicester’s favour.

Mackenzie carried his form into the final period, scoring five points in two and a half minutes. But Surrey continued to get to the line, and Stanley Davis Jr’s foul shouts cut the Riders’ lead to nine.

In response, with five minutes left in the game, Whelan scored five quick points to give Leicester a firmer grip on the game. After Whelan’s burst of offence, the Riders went on a 10-0 run, all but sealing the win.

The win brings the Riders a step closer to retaining their league title, with just eight games left to play.

“We know there are not many games left. We’re in a great position and we’ve got to keep going. One thing I love about these guys is that they are not bothered by any of the noise,” said coach Rob postgame

“They’re not worried about who we’re playing, they come out and play professionally. Coming off last week’s game, which was a heartbreaker, and come out here and dominate as we did was excellent.”