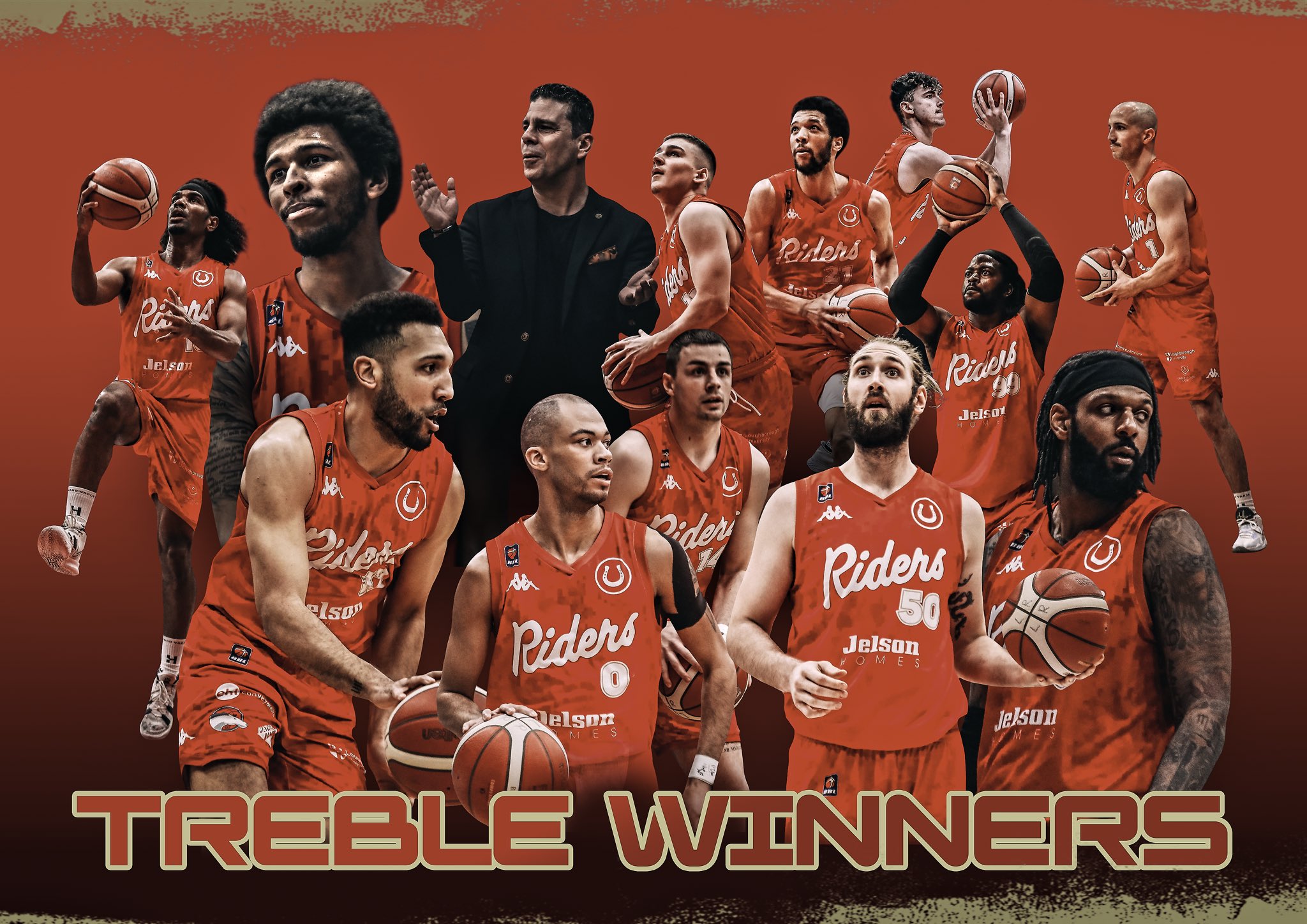 The Leicester Riders secured the treble in a thriller at the O2, winning the BBL Playoff Final with a 78-75 victory against the London Lions.

After being crowned back to back MVP a day previous, Geno Crandall took the game by the horns in the clutch to snatch the victory. He scored or assisted on the Riders’ last six buckets, and won the game with a steal on a Lions inbound with two seconds on the clock.

Crandall was named the Final MVP with his 22 points, seven rebounds, five assists and two steals. It is his third individual award of the season, after winning the BBL Cup Final MVP and league MVP earlier in the year.

The Riders’ bench played a pivotal role in the game. Leicester entered the final quarter down eight, and the second unit led the charge back into the game, before handing the reigns to Crandall. Conner Washington was key down the stretch, his wealth of experience keeping Leicester heads cool in the heat of battle.

For London, their star guard Isaiah Reese put up a monster 29 point performance, despite his team falling just short. The former G-Leaguer, who led the BBL in scoring this season, went back and forth with Crandall down the stretch, making big buckets back to back as the clock ticked down.

And it was the Lions who had the better of the first period, starting the game 22-13. Their backcourt pairing of Dirk Williams and Reese scored 19 points in seven minutes to get the game underway.

Two and-one plays, from Darien Nelson-Henry and Zach Jackson, marked Leicester’s highlights of the opening period, which finished 29-23 in London’s favour. They finished the first on a 6-2 run, with Mo Walker laying in a putback to cut it to six.

The Riders turned to their captain, Nelson-Henry to start the second. The Kirkland born big man battled down low for back to back and-one plays, which tied the score and snatched the game’s momentum.

A jaw-dropping underhand pass from Geno Crandall to Zach Jackson allowed the Riders to take the lead, which they grew going into the half. Leicester finished the second on a 13-6 run, taking an advantage into the locker rooms. Crandall, Jackson and Nelson-Henry had double-digit points by halftime, as Crandall’s basket to close the half made it 46-39.

The Lions started the second half the stronger of the sides, with a three from Lorenzo Cugini taking a London lead four minutes into the third quarter. The Riders struggled to make shots, scoring five points in seven minutes out of the locker rooms. London continued their hot form through the quarter, taking an eight-point lead into the fourth.

The Riders bolted out the gates in the final quarter, They scored five quick points, before a Washington steal in transition led to a Mo Walker jam to take the lead. Crandall checked in and took the reigns, scoring four points in under a minute to give the Riders an advantage going into crunch time.

The sides traded buckets in a tense final few minutes. The Riders turned to their back to back MVP to steer them home. Crandall scored 10 points in the final six minutes to make it a three-point game with two seconds remaining. On the Lions’ cross-court inbound, Crandall came up with the steal to secure the Riders’ fifth BBL Playoff win.