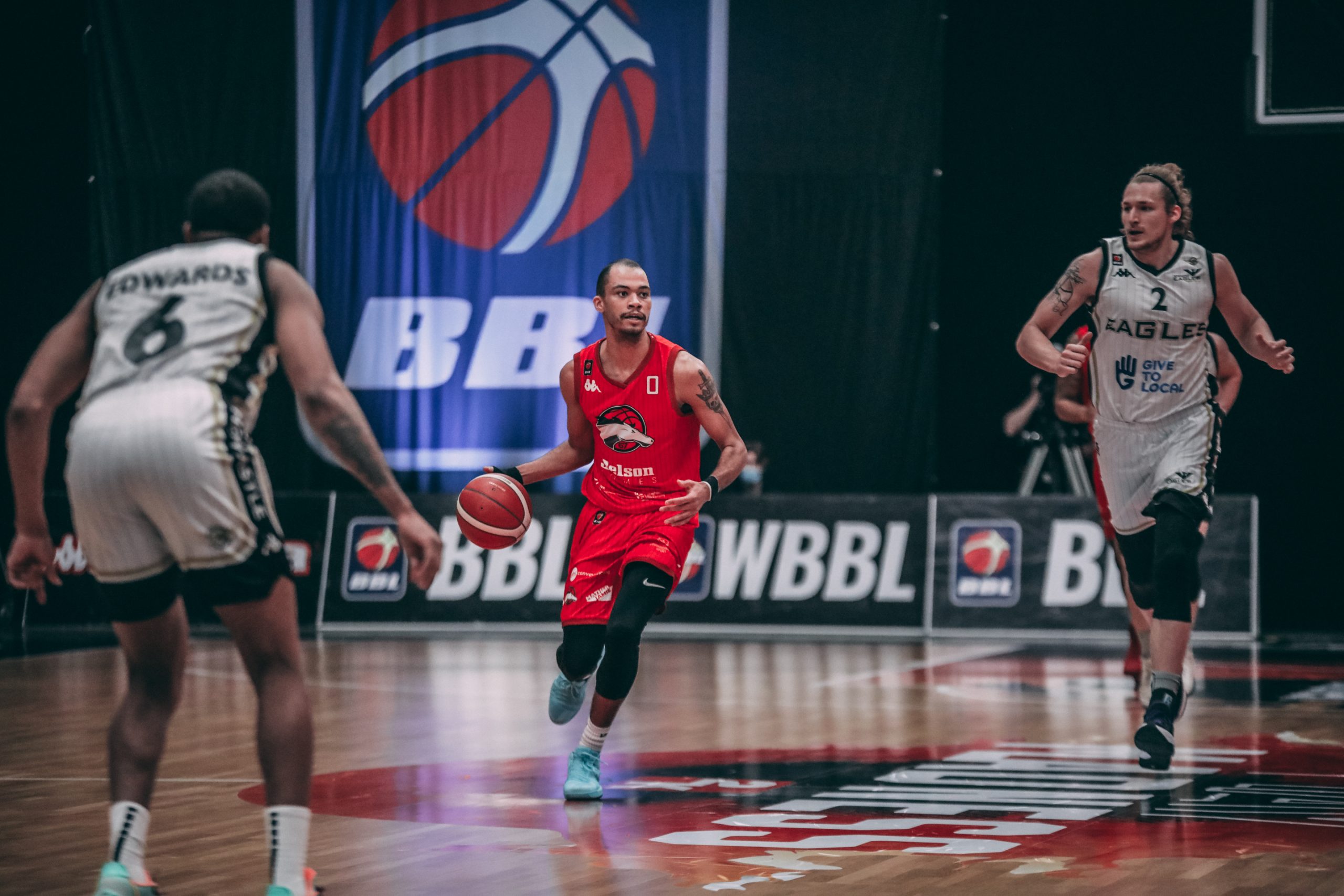 The BBL playoff semi-final remains firmly in the balance, after the Riders beat the Eagles 77-76 in the first leg. The Riders led their long-standing rivals by as much as 20, yet a comeback from the Eagles set up a dramatic second leg. 20 points, seven assists and four steals from Geno Crandall led the Riders, and a monumental season-high 34 point performance from fellow MVP candidate Rahmon Fletcher brought the Eagles back into contention.

The Riders began with a bang, with 36 points in the first period marking their highest-scoring quarter since 2012. Leicester were then held to 41 points for the rest of the game, resulting in a near ‘win or go home’ scenario in the second leg. William Lee scored five late points in the fourth quarter to give the Riders their slight advantage, including a monster fastbreak jam through contact. Lee dominated all aspects of the game, with 14 rebounds, two steals and two blocks accompanying his 18 points.

With their highest-scoring quarter in nine years, the Riders ended the first period up 36-18. Their offensive interior focus was met with little resistance, as they scored 30 of their 36 points at the rim or the free-throw line. They shot 69% from the field, with the Eagles unable to match their physicality inside.

The Eagles began to drag themselves back into the tie after a disastrous start. Fletcher and Justin Gordon took over, scoring all of the Eagles’ 20 points in the period, yet Newcastle’s defensive play allowed them back into the match up. After conceding 36 in the first quarter, the Eagles held the Riders to 13 in the second as they shot 36% from the field. The Riders’ lead was pegged back to 11 as they headed into the locker room up 49-38.

The third quarter was closely contested, with the teams going back and forth. The Eagles cut the Riders lead to single digits for the first time since midway through the opening period, but the Riders found a quick response through ‘general’ Geno. Crandall stole the ball for an easy layup, before draining a deep three on the next possession to bring the Leicester lead to 12. The play gave Riders momentum to end the quarter, as they went on an 8-2 run. Jamell Anderson finished off a four-second coast-to-coast basket, ending the quarter with the Riders up 68-52.

The Eagles flew out the gates in the final period with a 15-3 run. Back to back threes from Fletcher cut the Riders lead to five, before 16-year Eagles veteran Darius Defoe’s free-throw gave the Eagles their first lead with two minutes remaining. Fletcher scored 12 points in the fourth allowed the Eagles to win the quarter 24-9, yet five late points from Lee allowed the Riders to maintain a narrow advantage.

The second leg will be played on Thursday, and a tie will be enough to send the Riders into the BBL playoff final. After a competitive first leg between old rivals, the second encounter promises a closely fought battle.