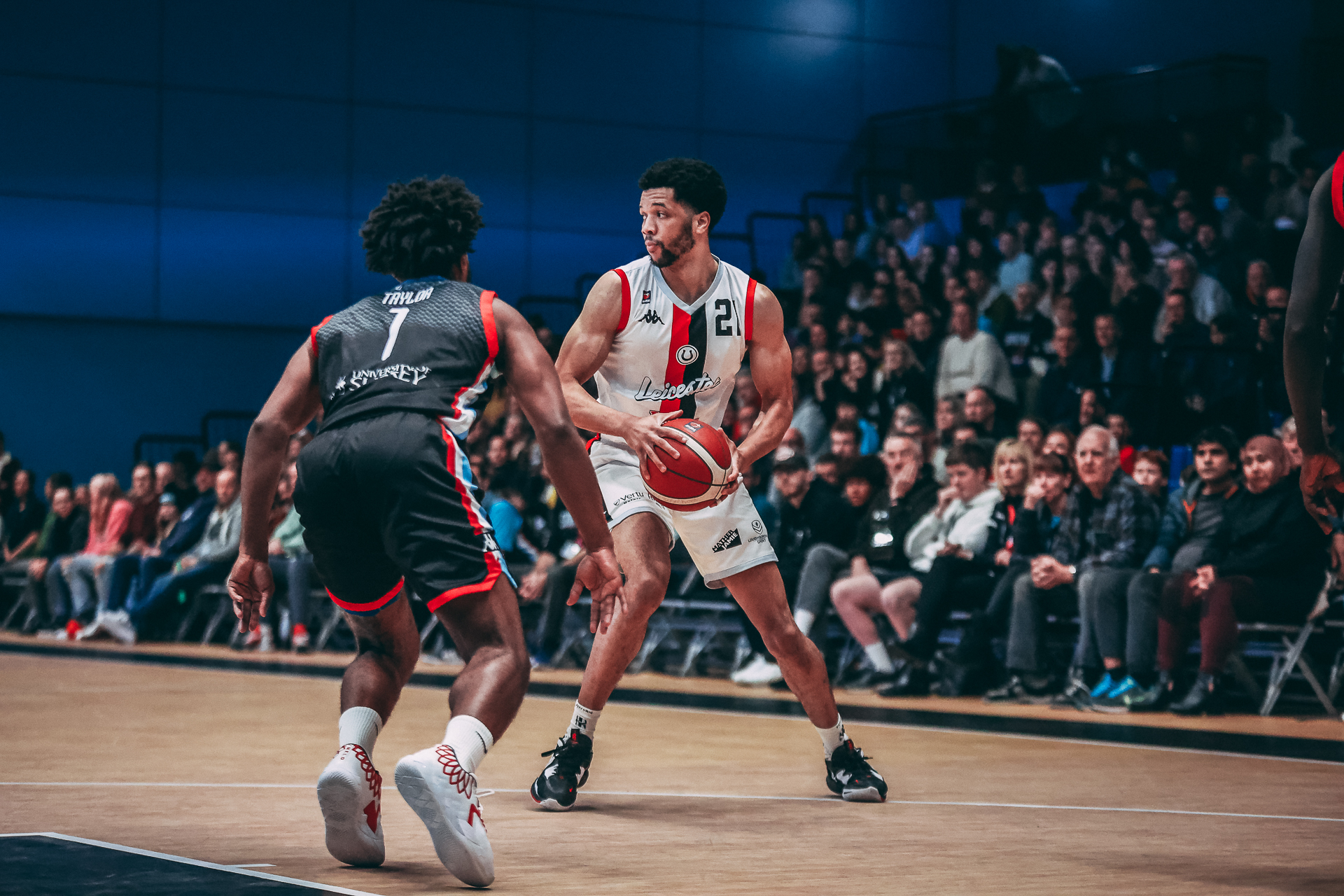 The Riders improved to 8-4 after a 90-81 road win against the Surrey Scorchers.

They had six double-digit scorers in a solid team display, led by 16 points from their captain Darien Nelson-Henry. His 16 was his second-highest scoring game of the season, the Penn graduate going 6-7 from the free-throw line and shooting 62% from the field.

Leicester jumped out to an early lead and held on throughout, going up double digits early in the second quarter. Surrey climbed back into contention in the second half, but could not get over the hump to cut their deficit to below seven in the game.

They were led by new signing Josh Jefferson, who made an emphatic impression on his new team. The American guard scored a team-high 15 points, making two of his five three-point attempts.

The Riders got the game underway by attacking the hoop, getting four buckets in close to jump out to a quick seven-point lead. Through the first eight minutes, all the Riders’ points came at the rim or from the free-throw line executing their game plan effectively.

Leicester had eight different scorers in the opening quarter, demonstrating their strength in depth. They stretched the lead to double digits early in the second after Aaron Menzies’ rolled to the rim and made a shot in close for two.

They continued to blow the game open in the second, getting to the free-throw line effectively. They shot 21 foul shots in the first half, and held the Scorchers to 34 points to make it a 17-point advantage by the break.

The third quarter was a back-and-forth affair, as the Scorchers started the second half hot in an attempt to climb back into the tie. They went 12-7 through the first five minutes of the third quarter, cutting their deficit to 12, before the Riders came up with a response.

Attacking the rim, Zach Jackson made a tough and-one finish to swing momentum back in Leicester’s favour.

His play was followed up by another and-one play by Nelson-Henry to reestablish the lead built in the opening half. But the Scorchers hung in the game, winning the third period 25-20 to remain in contention.

The Riders kept their opponents at arm’s length through much of the final period, as their lead remained in the double digits. Surrey’s 4-0 run cut it to seven with a minute remaining, but Kimbal Mackenzie’s late free-throws secured a win for Leicester.

The Riders return home for their next fixture, as they host the Caledonia Gladiators in front of the Sky Sports cameras. Tip-off is at 7:45 pm, as Leicester looks to continue their pursuit of the top spot of the BBL Championship table.