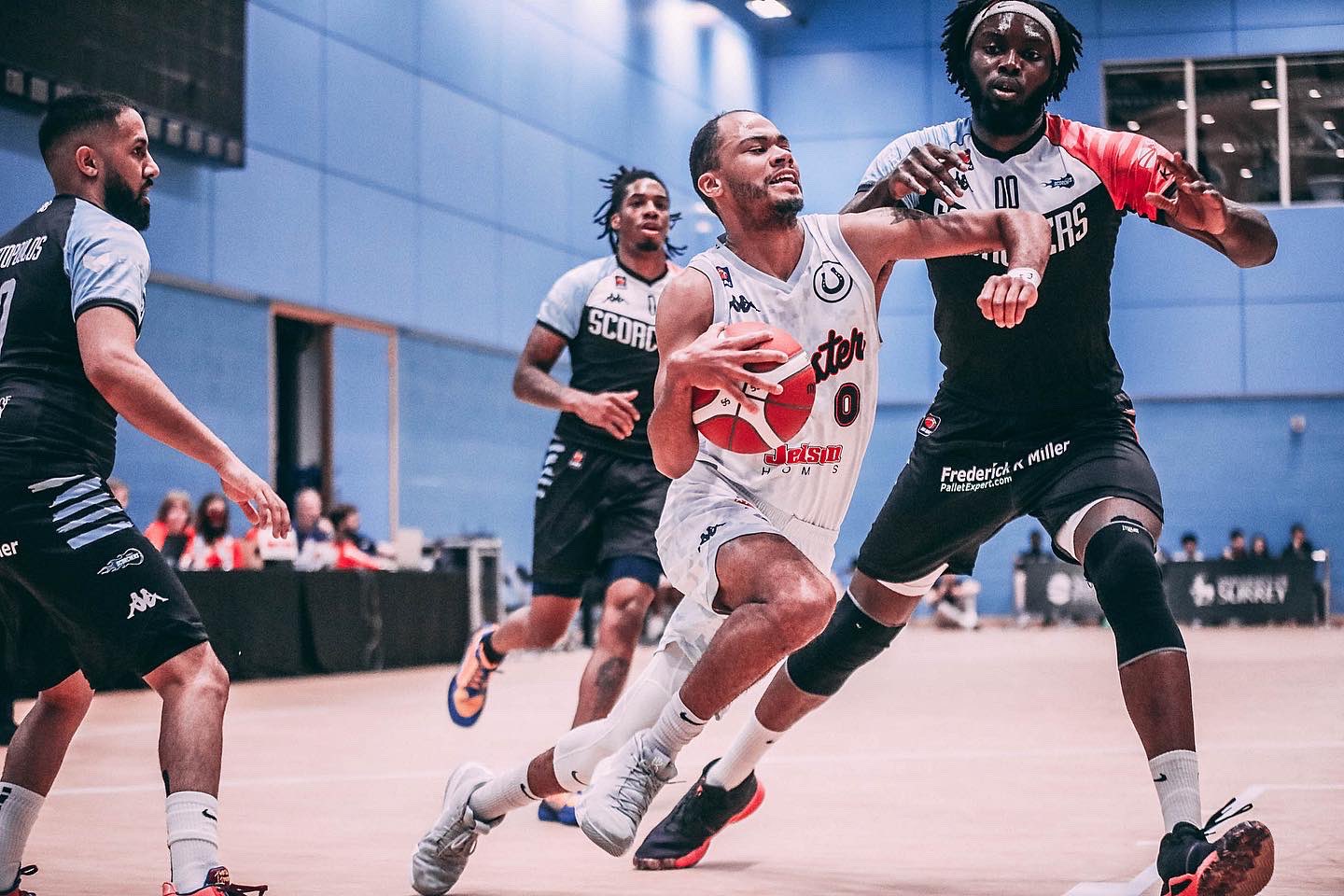 The Riders secured a win in Surrey, beating the Scorchers 94-89. They improved their record to 4-1 in the BBL Cup group stage, surviving a late Surrey surge to seal a victory.

For the third straight game, dynamic duo Geno Crandall and Zack Jackson led the scoring column for Leicester. Crandall had 27 points, seven assists and six rebounds: the reigning MVP dominating the fixture, while Jackson followed up his 25 points against Plymouth with 15.

The win was coach Rob Paternostro’s 400th in his career, the third-most of any BBL coach. It also extended the Riders’ 31 game winning streak against Surrey, the second-longest in BBL history behind their 33 game streak against Plymouth.

Leicester’s lead was built in the second quarter, which they won 32-20 after a cagey opening period. They shot 54% from three, shooting the lights out with 13 makes. However, after establishing a comfortable lead, they endured a 9-2 Surrey run in the final minute and a half of the tie, the hosts showing fight until the last seconds.

7-year Scorcher Tayo Ogedengbe led the Scorchers through a hard-fought game. After scoring 28 in his previous fixture against the Riders, the 34-year-old scored 19 points from 13 shots, grabbing eight rebounds in the process.

There was little to separate the sides through the best part of a gritty first half, with the score tied at 28 with four minutes left. Ogendengbe flew out to a hot start, scoring 10 in the opening period, yet Leicester caught fire to end the half, turning up the heat on the Scorchers to establish a lead.

Crandall scored or assisted on four straight buckets to put the Riders up eight, showcasing his typical flair to breeze past defenders and drive to the hoop. Leicester, who leads the BBL in three-point makes, continued their superb form from beyond the arc by knocking down 10 in the first half, including a miracle half-court three at the buzzer from Marc Loving to send the teams into the locker rooms with the Riders up 48-37.

‘General’ Geno continued to lead the Riders charge in the third, scoring 13 in the period to keep the Scorchers at arm’s length. Eight of those points came at the rim or at the free-throw line as the Gonzaga graduate forced the issue, playing aggressively to get points on the board.

Despite Crandall’s emphatic scoring night, the Scorchers made it a game late. In the final 90 seconds, Surrey cut a 10 point deficit to two, forcing a thrilling finale from a game that seemed over. Nevertheless, Leicester survived Surrey’s surge, making their free throws to kill the tie and take home the win.

The Riders will return home after a month on the road, facing the London Lions on Friday. The Lions are undefeated to start the season, but Leicester will look to end that in their quest to qualify out of the group.