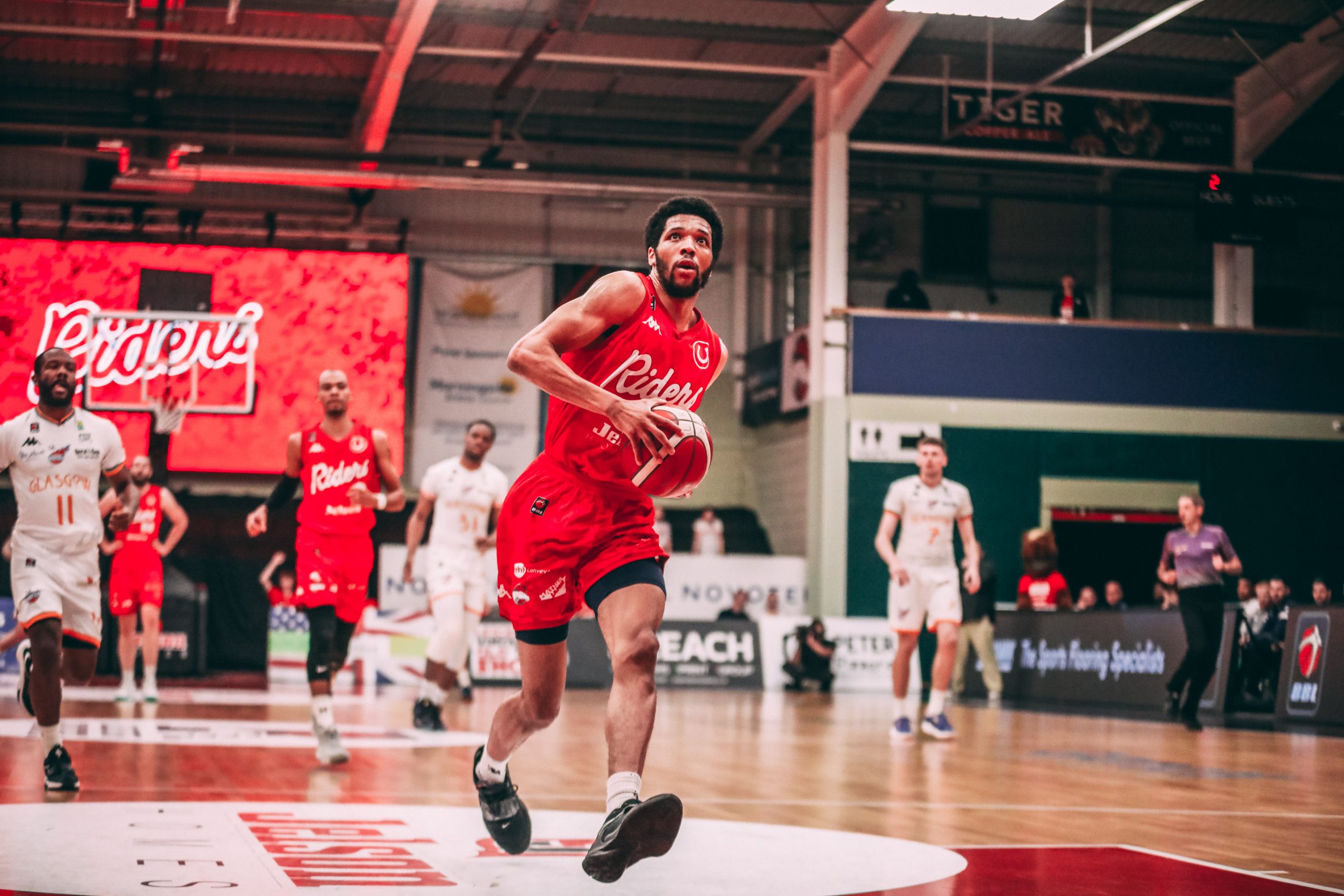 The Riders booked their spot in the BBL Playoff final, beating the Glasgow Rocks 209-162 over two legs. A 104-78 win in the return fixture marked a blowout win for the league champions, as Leicester showed composure and professionalism throughout.

After his dominant display in the first leg, Geno Crandall led the team with 22 points and eight assists in 25 minutes. He averaged 27 points and nine assists over the two legs, asserting his authority in the fixtures. Off the bench, Conner Washington exploded for 10 points in the fourth to log 20 points in the game, the GB guard closing out an impressive win.

Taking a 21 point advantage into the game, Leicester controlled the fixture, playing at their own pace to earn their spot in the final. They shot 52% from the field and a blistering 46% from three, stretching their lead to double digits in the third and not looking back.

Off the bench, Falkirk native Fraser Malcolm led the Rocks with 17 points and six rebounds off the bench. Glasgow had no answer for the Riders’ BBL best offence in the two games, as the Riders scored over 100 in both.

The Riders bolted out the gates to an emphatic 17-3 start, getting it done in both ends in the opening minutes. Zach Jackson’s monster block on Rocks’ big man Vance Johnson was the highlight of the early momentum, the Omaha graduate making an and-one play shortly after as the Riders ran away with the lead.

After putting up a 32 point double-double in the first leg, Crandall continued his red hot form. He dished flashy passes and made tough shots from deep to lead Leicester to the lead, putting up nine points and four assists in the first.

After being rocked in the opening stages, Glasgow regained composure to bring the deficit back to single digits shortly into the second quarter. After a 29 point game in the first leg, first-year pro Jordan Johnson hit a three to bring the game to six.

Glasgow won the second 21-17 to make it 46-38 on the night. But despite the Rocks’ fightback, the Riders entered the locker rooms with a 27 point aggregate lead.

Leicester started the second half how they started the first, getting the action back underway with an 11-4 run. All five Riders starters had made baskets four minutes into the third, as the hosts built on their advantage.

Crandall continued his scoring streak in the third, scoring nine points in the period. His coast to coast drive with a minute remaining was the highlight of the third, which ended 72-61 in Leicester’s favour.

With the tie all but sealed, the Riders saw the game out in the fourth. Loughborough’s Evan Walshe checked into the game to log key playoff minutes, while Washington went off for 13 in the period. The sides traded buckets, before the Riders stretched their lead emphatically in the closing minutes to book their place in the final.

“To come out and be aggressive is always my game plan,” commented Washington postgame. “Coming into this game, I didn’t want to hold back. I wanted to play hard defence and find my shot.”

“In the final, we’ll come out and be aggressive, stick to our principles and do what we do. We’ve played them throughout the season and know them really well. It’s going to be a great game to watch, but the main focus for us is to stick to what we’ve been doing.”

The final will take place at the O2 Arena on Sunday, tipping off at 4:15 PM. The Riders take on the London Lions, hoping to secure the treble.