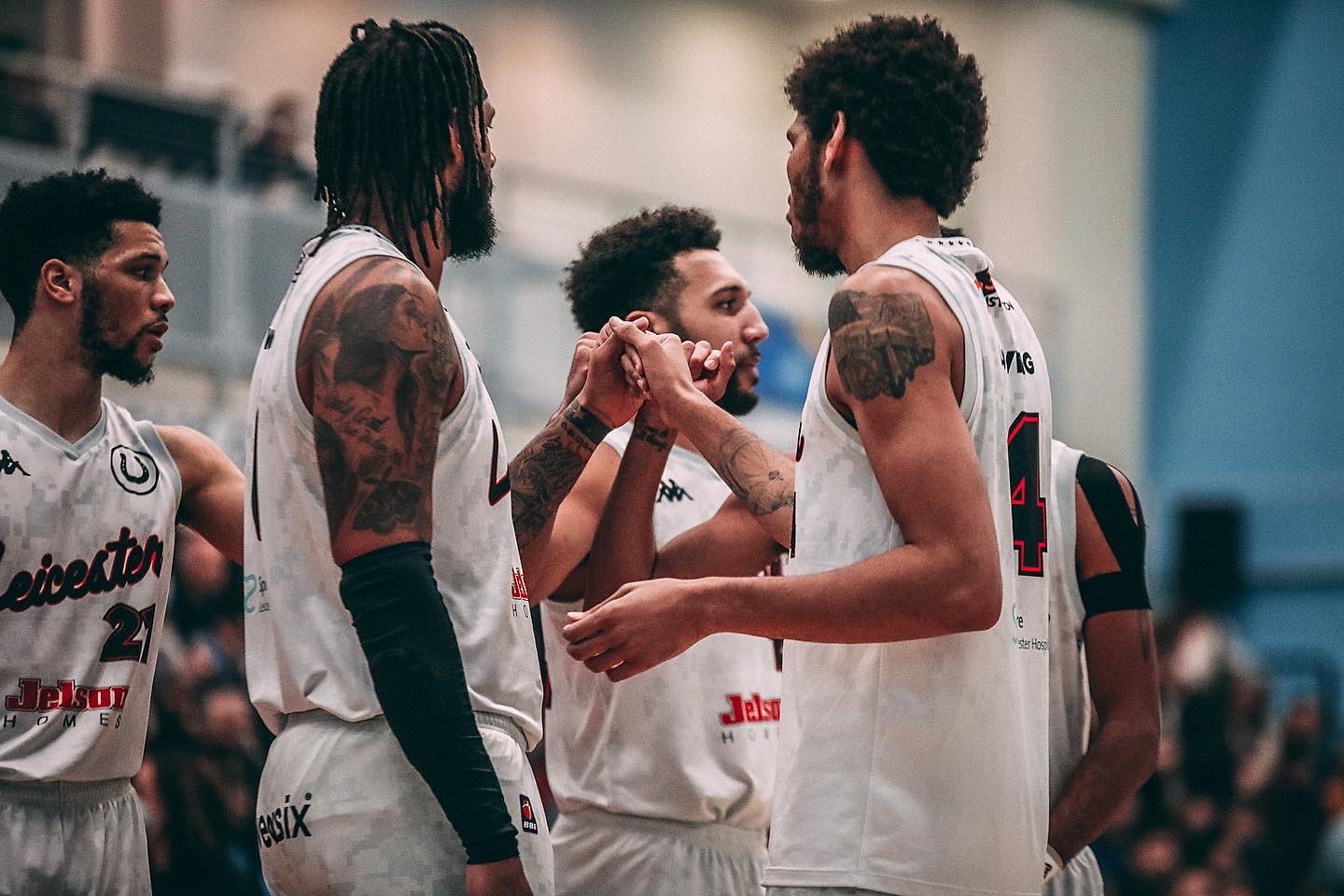 Riders knocked out of the BBL Trophy by Flyers

The Riders fell short of a 15 point fourth-quarter comeback, exiting the BBL Trophy with a 71-68 loss to the Bristol Flyers. 11 points in the fourth from Patrick Whelan came close to rescuing the tie, as he led the team with 16 on the game.

Leicester had two shots to tie at the end, despite entering the fourth down 59-44. Their offence struggled through the first three quarters, but came to life in the fourth as their three began to fall.

They charged back into the tie with 12 unanswered points, tying the game at 64 midway through the fourth. In the clutch, the Flyers came out the better of a back and forth finale, sealing the game after an inspired Leicester comeback.

Reigning  MVP Geno Crandall took the Riders’ reigns, leading the offence with 16 assists. Seven of those came in the fourth, as Crandall scored or assisted on eight of Leicester’s nine field goals in the final period.

For Bristol, Raphell Thomas-Edwards led them through the game with 18 points, the Leicester born wing making seven of his 14 shots. The Flyers are ranked first in steals in the BBL, and stole the ball nine times in this one to disrupt the Riders offence.

Despite scoring just 10 in the opening quarter, the Riders’ BBL best defence kept the game close by holding their opponents to 16. Zach Jackson hit back to back floaters to get the Riders on the board against a gritty Flyers start.

Darien Nelson-Henry was a spark off the bench in the first quarter, checking into the game to make two momentum-building plays. The second, a monster slam to make it a two-point game midway through the first.

The Flyers’ lead grew in the early stages of the second, with Marcus Evans’ deep three putting them up nine. In response, Riders big man Mo Walker took over the game with six points in the period to keep the score close.

After his team struggled offensively through much of the first half, Ohio born Marc Loving threw down an aggressive fast-break jam to kick the Riders into gear. Flying in on the fastbreak, Loving threw the ball down one-handed for the highlight of the half.

Following up Loving’s slam, Crandall hit a deep buzzer-beating three to close out the first half. The triple cut the deficit to 38-34, a manageable scoreline entering the second half.

Bristol came out of halftime firing, going on a 16-3 run led by five points from Trejon Jacob. The Flyers run put them up 17, forcing a Riders timeout.

Coming out of the timeout, the Riders closed out the quarter with a 7-2 run of their own. A pair of Flyers trips to the free-throw line meant the teams entered the final quarter with the score 59-44.

Nelson-Henry got the fourth off with a bang, throwing it down two-handed to kickstart the comeback. Whelan hit the Riders’ first three of the second half to make it seven Leicester points unanswered, cutting the Flyers lead to eight.

The Riders run continued following a Bristol timeout, with Whelan hitting his second three to cut the game to a possession. Whelan’s shooting opened the floodgates for Riders triples to start falling, as the Riders hit four in five minutes to start the fourth.

Whelan’s fourth-quarter heroics continued with a breakaway slam to tie the game at 64 with four minutes remaining. After a couple of buckets from the Flyers, Jackson’s clutch steal from a Bristol inbound gave the Riders the opportunity to send it to overtime.

Loving found himself with space in the corner, but his three was just off as Leicester fell short of a heroic comeback.

The Riders have the chance to bounce back immediately, returning to Bristol next Friday in the league. A win will maintain their undefeated league record, keeping them at the top of the BBL Championship table at 9-0.