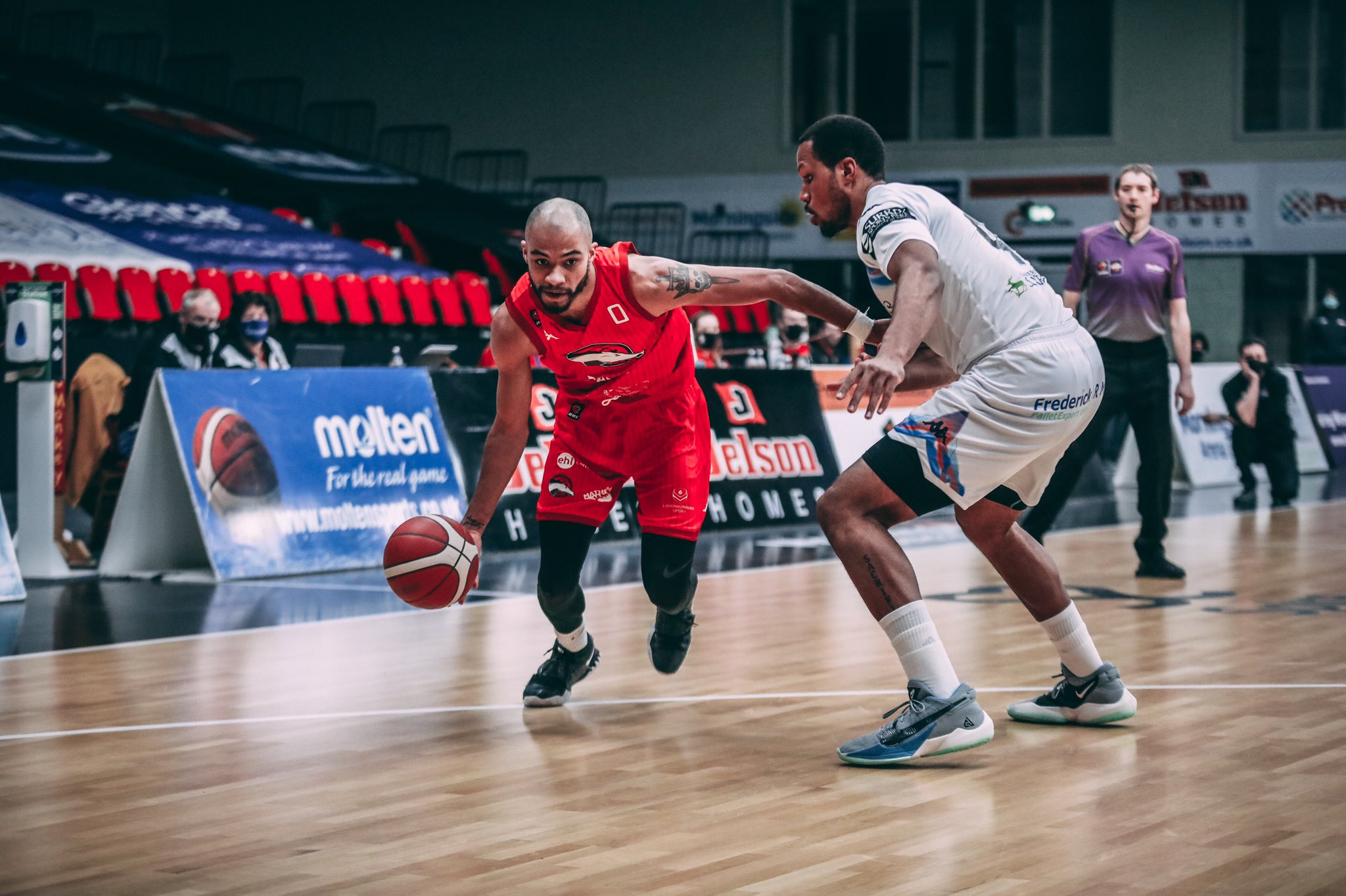 Riders grind out win against Scorchers

St. Patrick’s Day may be known as a day of luck, but the Riders relied on much more than just fortune in a composed clutch performance, beating the Scorchers 90-87. The importance of building off two huge weekend wins could not be overstated entering the game, and the Riders dispatched the Scorchers late to win their third straight.

Crandall stole the show in a dazzling display, toying with his opponents as he danced around the court. ‘The general’ dictated the game, dishing the ball down low to his big men on his way to 10 assists. His dribbling ability left jaws on the floor, as he dropped defenders who looked like little more than puppets attached to Crandall on a string. His 10 fourth-quarter points earned the Riders a hard-fought win, and contributed to his 22 points as he notched his third straight double-double.

Surrey, led by second-year pro Connor Cashaw, competed until the final buzzer and were a missed three away from overtime against the league leaders. Cashaw had a monster 17 rebounds, eight of which offensive rebounds which kept his team competitive late. His 19 points are his second-highest total of the season, as he went 8-14 from the field.

Leicester started the game downhill, driving at the hoop. Their first 12 points came from attacking the rim, getting easy looks to settle into their rhythm. The Riders, who average the third-most assists in the BBL coming into the fixture, had eight separate scorers in the first seven minutes, sharing the wealth to jump out to an early lead.

Ryan Richards, while enduring a tough night defensively, kept his team in the game early. The GB international, who spent the 2012 NBA summer league with the San Antonio Spurs, scored his teams first five, and was the only Scorcher with a positive +/- to end the first. As he went to the bench, the Riders went on a 17-7 run, highlighting his value to Surrey.

The Riders stole the ball three times in the opening two minutes of the second, reestablishing their lead after some key Scorcher buckets to end the first quarter. Their effort and intensity went unmatched by Surrey, and Leicester, who averaged seven offensive rebounds a game entering the contest, had eight in the first half. The Riders continued to look inside, with their big men Darien Nelson-Henry and Ali Fraser seemingly struggling to miss. They were a combined 10/12 at the break, combining for 20 points as their team went into the locker rooms up 48-39.

Crandall took flight for one of the plays of the game early in the second half, driving at the rim before soaring through the air to throw the ball down over Richards. Yet it was the defensive plays that followed which demonstrated his true value to the team. After his huge jam, Crandall got back defensively to take a charge, and on the next defensive possession knocked the ball away before jumping out of bounds to save it for his team. These three plays display the aggression, competitiveness and hustle which has blessed the BBL this season.

As the Riders maintained their lead, it was William Lee’s turn to get the bench off its feet, with a monster putback off a Crandall missed three. The American out of Alabama University caught the ball way behind his head, before throwing it down two-handed. The man nicknamed ‘ha-ha’ remained true to his namesake, laughing as he ran back up the court.

The Scorchers showed heart to climb back into the tie, locking down defensively to hold the Riders to seven points in the final four minutes of the third quarter. A Tony Hicks three to beat the buzzer made it a one-possession game, entering the final quarter with Leicester up 69-66.

A back and fourth quarter tested Rider nerves, with just two points between the teams with two minutes left in the game. The Scorchers crashed the offensive glass hard, coming up with 12 second-chance points in the fourth to keep the game in contention. But led by Crandall, the Riders came up strong in the clutch.

Crandall showed killer mentality down the stretch, contributing on the final few possessions to see the game out. With two minutes remaining, he rocked Lacey James to sleep on the wing, before taking him baseline and finishing at the rim. He then swung the ball out to Corey Johnson on the next possession, who drilled a three. Crandall proceeded to make two free-throws to put Leicester up with seconds on the clock, and the Scorchers found themselves three-points down with 10 seconds remaining.

Hicks attempted to go to work on Crandall to send the game to overtime, but it was Crandall again performing to the highest level late, knocking the ball out of Hicks’ hands, forcing a scramble for the ball. Tayo Ogedegbe chucked up a prayer, missing at the buzzer to end the game.

The Riders win consolidates their position at the top of the BBL, after their weekend wins jumped them out to an eight-point lead. They now possess a 17-3 record, and will enjoy a well earned weeks rest before hosting the third-placed Phoenix next Wednesday.