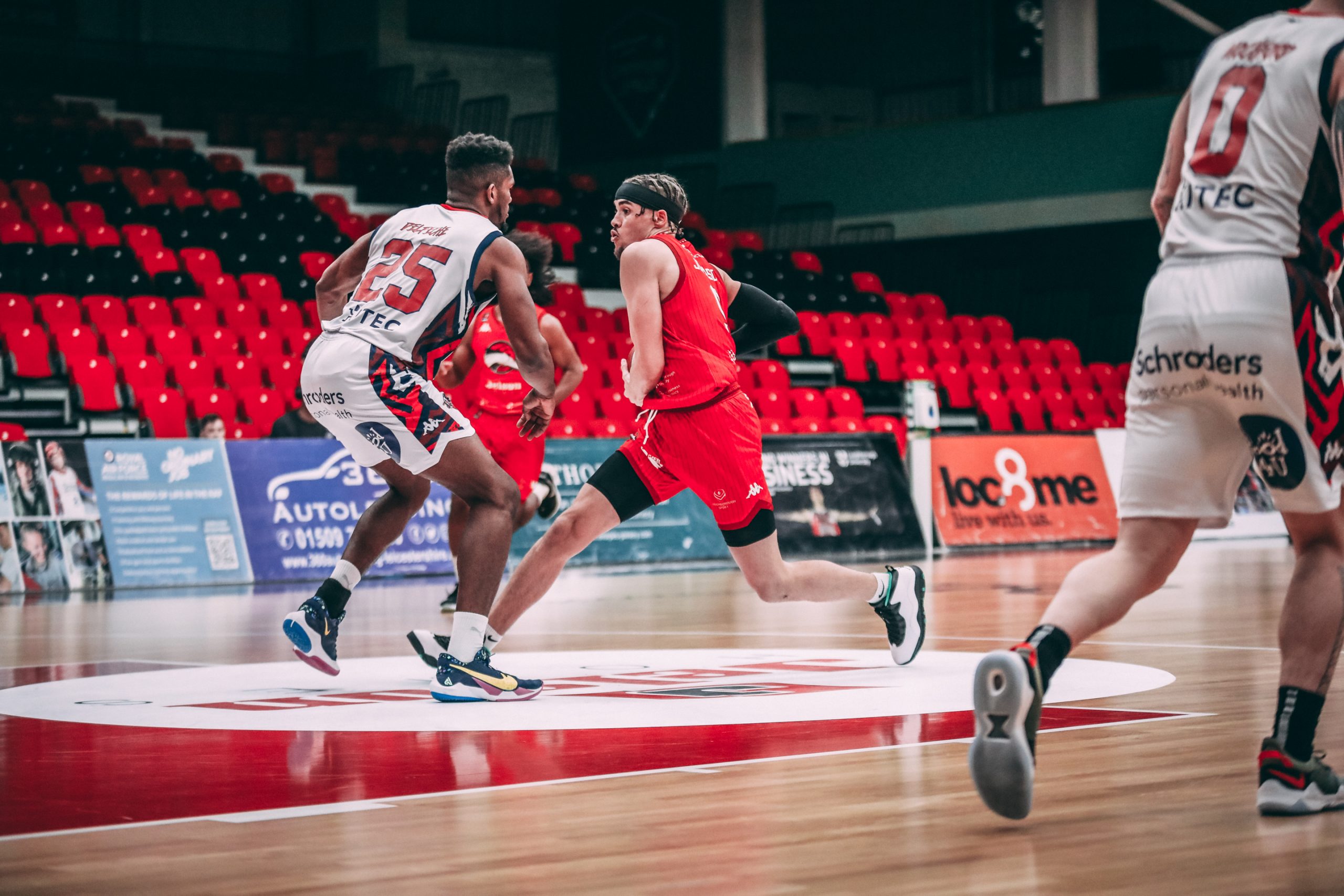 The Flyers broke a five-game Leicester win streak, as they beat the Riders 80-54. A dominant fourth-quarter performance put the game to bed, which was competitive entering the final period. By clogging the paint, the Flyers held the BBL’s most efficient offence to 37% from the field. This was the second of a back to back fixture between the sides, which has been split a game apiece.

Conner Washington led the Riders in points in a low scoring team performance. He had 13 points, six assists and six rebounds, as he went 6/9 from the field in an efficient offence game. Washington has stepped up the plate in the last three games, assuming starting role with Geno Crandall injured. Averaging 9.9 points per game at the time of Crandall injury, Washington has averaged 17 points since then, shining in a starting role.

Eric Lockett, who averaged 14.3 points per game in his sophomore year at Florida International, led the way for his team. He had 18 points and nine rebounds with a 24 plus/minus, emphasising his importance to the Flyers.

Uncharacteristically, the Riders found it tough in the early going. Two Leicester turnovers in the first two minutes allowed the Flyers to jump out to a six-point lead before the Riders got the lid off the basket. While Leicester’s offence struggled, starting 2/7, Bristol’s was clicking. They played fluidly, with their ball and player movement leaving the BBL’s second-ranked defence scrambling.

Led by Eric Lockett’s six quarter points, the Flyers took a nine-point lead nearing the end of the first. In response to this, Conner Washington lit a spark in the Riders on both ends in the final two minutes of the first quarter. He took a charge coming out of a timeout to seize momentum from Bristol, before scoring five points in two minutes to bring the Riders within two. Despite jumping out to a nine-point lead, the Flyers would end the quarter up just 18-16.

In the second, the Flyers re-established their lead. Josh Rogers, who shoots 36% from three on the year, hit three straight midway through the quarter to lead his team to a double-digit lead. Yet again, the Riders required a response, and they found one beyond the arc. Leicester’s offence exploded with three deep shots, before a Washington mid-range jump shot tied the game.

Washington scored a third of his team’s points in the first half, leading the Riders on a strong run to end the half.  During this run, the Riders’ defence stood firm. They held the Flyers to two points in the final five minutes of the second, suffocating Bristol, as a low-scoring half ended 33-33, tied midway through as it was the first fixture.

The high-flying William Lee produced the highlight of a tightly contested third quarter. After a Riders steal, Lee got out fast on the fast break, before taking it hard to the hoop and throwing the ball down with his left hand. The momentum surge allowed the Riders to break out to their first lead of the game, with a Corey Johnson floater putting Leicester up seven.

The Flyers came back with a 12-0 run of their own to end the third. They prevented a Leicester score for the final five minutes of the third, clogging the paint with their big men. Bristol allowed nothing easy at the rim, and consecutive threes Raphell Thomas-Edwards put the Flyers up 52-47 entering the final period.

Falzon got the fourth quarter going with a bang, coming up with a huge contest to swat away Daniel Edozie’s dunk attempt. Despite the huge defensively play, the Flyers continued to grow their lead early in the final quarter. Their defensive efforts held the Riders to four points in the first six minutes of the period, as costly Leicester turnovers allowed Bristol to take a double-digit lead.

The Riders struggled to find anything inside against the resilient Bristol interior defence late. The Flyers’ won the fourth quarter 28-7, a commanding performance to see the game out.