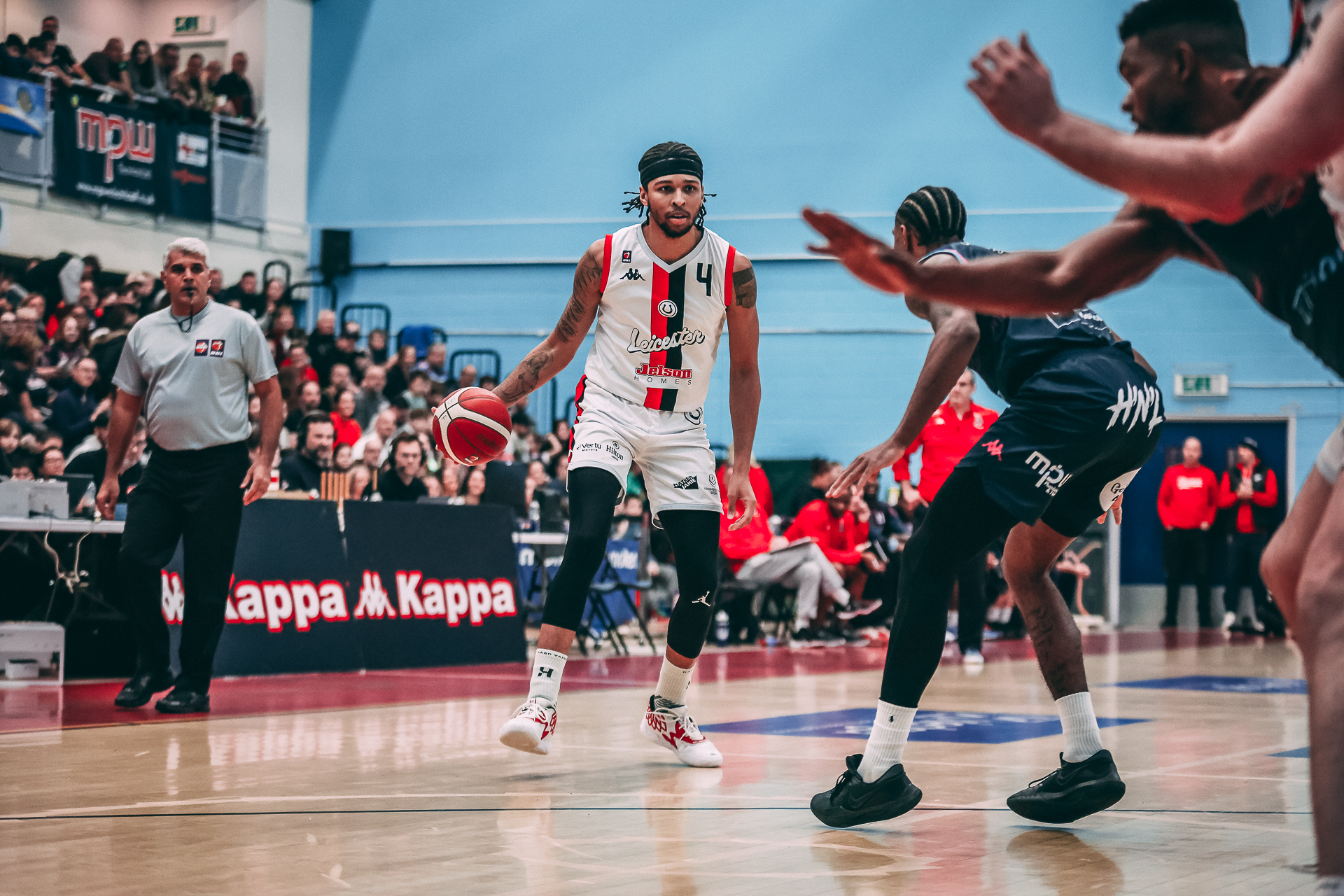 Riders fall to Flyers on the road

The Riders fell short in a clutch battle, losing to the Bristol Flyers 91-84. They had a chance to tie it with 30 seconds on the clock, but could not find the net to send it to overtime.

The loss means the Riders fall to 12-6 in the standings.

Their wing tandem of Marc Loving and Zach Jackson combined for 55 points in an effort to get the Riders over the hump. Loving led the team with 25 points and seven rebounds, going 10-15 from the field on a hot shooting night.

The Flyers got to the free-throw line to shoot 30 shots to the Riders’ 11, but converted 53% of them to keep Leicester in the game. VJ King led the game with a monster 30-point performance, the former G-Leaguer going 60% from the field.

The Flyers’ elite defence stalled the Riders’ offence in the early stages, as they jumped out to a 12-6 lead after five minutes. Loving took the lid off the basket with a corner three in response to the hosts’ hot start, cutting into the narrow deficit.

Conner Washington checked into the game after missing a large part of December due to injury and made an immediate impact with a long two. The Riders tied the game at 17 with 30 seconds left in the first period.

The second quarter was closely fought. Washington’s three gave the Riders their first lead of the game three minutes in, but the Flyers fought back with seven points from King, who helped put his side up 37-30 five minutes into the period.

Back-to-back Riders threes from Jackson and Loving kept the scoreline manageable for the Riders in the first half. Loving scored 15 first-half points, cooking from range to make three shots from behind the arc.

Four straight missed free throws from the Flyers also aided the Riders late in the half. The score was 43-41 by the buzzer, as Jackson concluded the Riders’ second-quarter action with a layup in close.

Bristol once again seized the advantage to start the second half, King making it an eight-point game with a three from the top of the key. But Leicester fired back, as Patrick Whelan’s three cut the game back to a possession.

Aaron Menzies’ defence on Malcolm Delpeche proved pivotal in the quarter, the 7’3” center making his presence known in the paint against the BBL’s top offensive rebounder. Menzies had a +/- of eight by the end of the third period, the best of any player on the court.

Kimbal Mackenzie drove to the rim to end the third, making it 67-64 to Bristol entering the final quarter.

Jackson took over to start the fourth, making three straight baskets and tying the game. The score was locked within one score through the first five minutes of the fourth.

Big shot-making kept the Riders in the tie, as Loving and Washington hit huge threes throughout the fourth quarter.

But the Flyers got to the free-throw line often to edge ahead.

With two minutes remaining, Jackson exploded for the play of the game. He ran the fastbreak and threw down a monster jam over King, who sent him to the line for one more.

On the other end, Delpeche made a layup in close to put the Flyers up three with 30 seconds on the clock. The Riders could not find a response, and the hosts took the win.

The Riders take a break from league action in their next fixture, which is a BBL Trophy tie against the Manchester Giants. It’s a win-or-go-home scenario on the road as the Riders look to progress out of the first round of the competition.