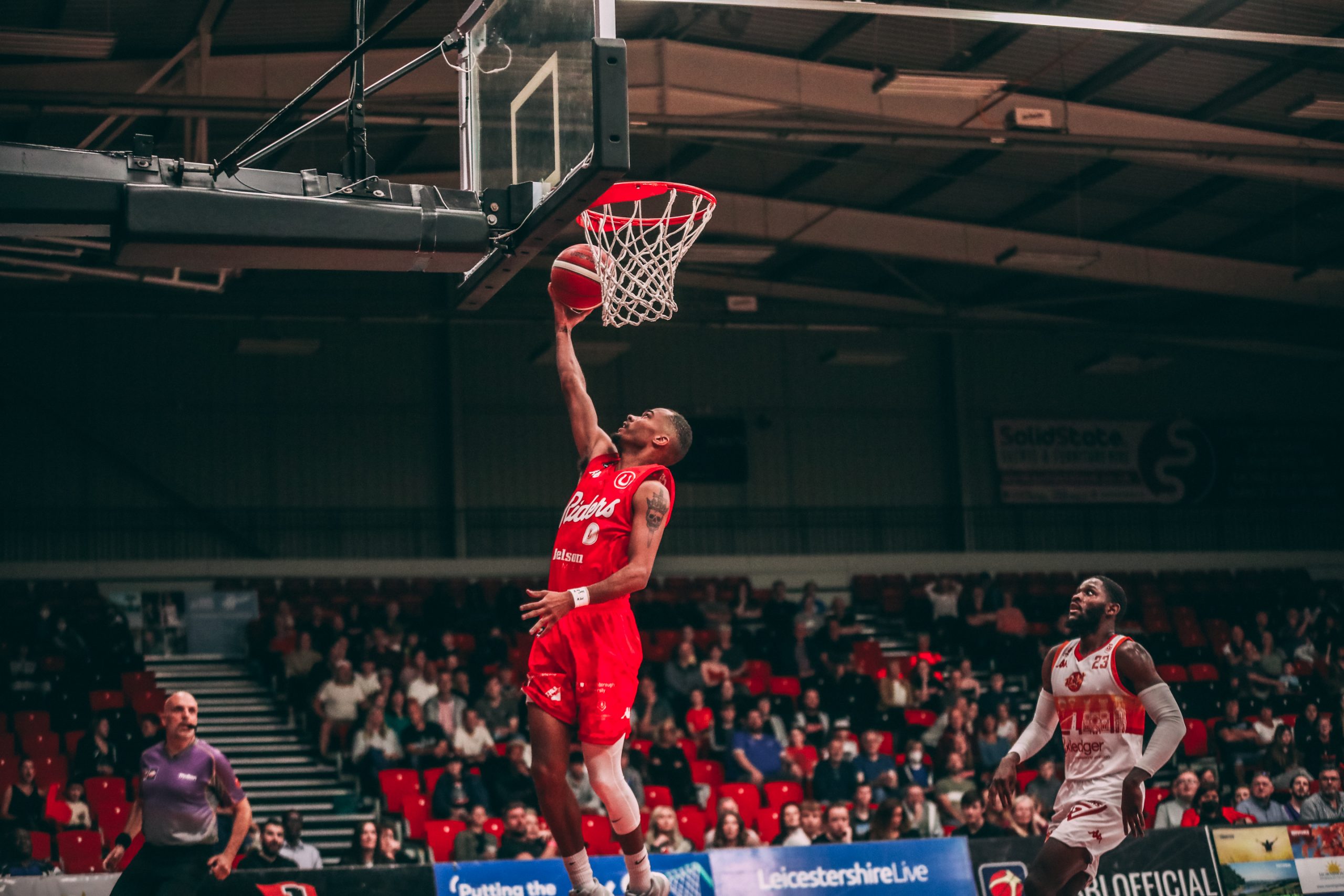 The Riders tipped off the new BBL season with a 85-84 loss to the Bristol Flyers: a thriller to open the BBL Cup group stage. The Riders had a last-second shot for the win, but Conner Washington’s corner three fell just short to leave Leicester empty-handed.

Jubril Adekoya led the Riders in his BBL debut with 15 points. The 6’7” forward, who spent his last four seasons playing in Spain, was 7/12 from the field, including a clutch three to tie the game late. Darien Nelson-Henry had 14 points and eight rebounds in just 20 minutes, getting his season started with a solid showing.

Leicester continued to build chemistry, with Zack Jackson and last season’s BBL MVP Geno Crandall playing their first Riders games of the season. In 29 minutes, Crandall had 14 points, five assists and four steals, looking close to his brilliant best already with a +/- of 10.

Josh Rodgers came up with what was ultimately Bristol’s game-winning three late in the fourth: his 16th points of the night. Trejon Jacob led the visitors with 21 points on his professional debut to get his side off to a winning start.

The Riders burst out the gate, scoring seven points in 30 seconds to jump out to a lead. Crandall showcased his talents to the Riders’ crowd early in the game, launching a full-court pass to Nelson-Henry who laid in his first points of the season. The big man out of Penn State had the best of the early going, with five points and six rebounds in the first.

Jackson ended the quarter in emphatic style, making a three-point play to cap off a 9-0 run. The Riders ended the first quarter up 23-14, earning a standing ovation at the buzzer.

The Flyers showed fight in the second, seizing momentum with a 12-2 run. Mike Miller, who competed in the Netherlands for the Den Helder Suns last year, hit a three from the corner to make it a one-possession game. The teams entered the locker rooms with the hosts up 42-39.

Starting the second half, the Riders asserted their authority with a 9-3 run, led by Kimbal Mackenzie scoring four quick points. Mackenzie, who played alongside Mo Walker in Canada for the Guelph Nighthawks this summer, scored nine in the third to contribute to his 11 points and five assists in his BBL debut.

The Flyers made big buckets in the third to keep the game balanced on a knife-edge entering the final period. Mo Walker’s free throws for his tenth points of the night made it a two-possession game, with the game poised at 68-63.

With six minutes left, Malcolm Delpeche gave the Flyers their first lead of the night. With the hosts down five, captain Nelson-Henry checked in with five minutes remaining to guide Leicester through the clutch. Just two minutes after his substitution, the Riders were back on level terms, with the score tied at 80.

Leicester trailed 85-84 with 25 seconds on the clock, following a clutch three from Bristol’s Rodgers. Rodgers turned quickly from hero to zero, however, turning the ball over with a five-second violation with six seconds remaining, giving the Riders a chance for the win. They found an open shot, but Washington’s missed corner three ended the game.

The Riders have an opportunity to bounce back quickly, with the Morningside Arena hosting a doubleheader of BBL basketball this weekend. They face the Scorchers on Sunday, hoping to earn their first competitive win of the season.