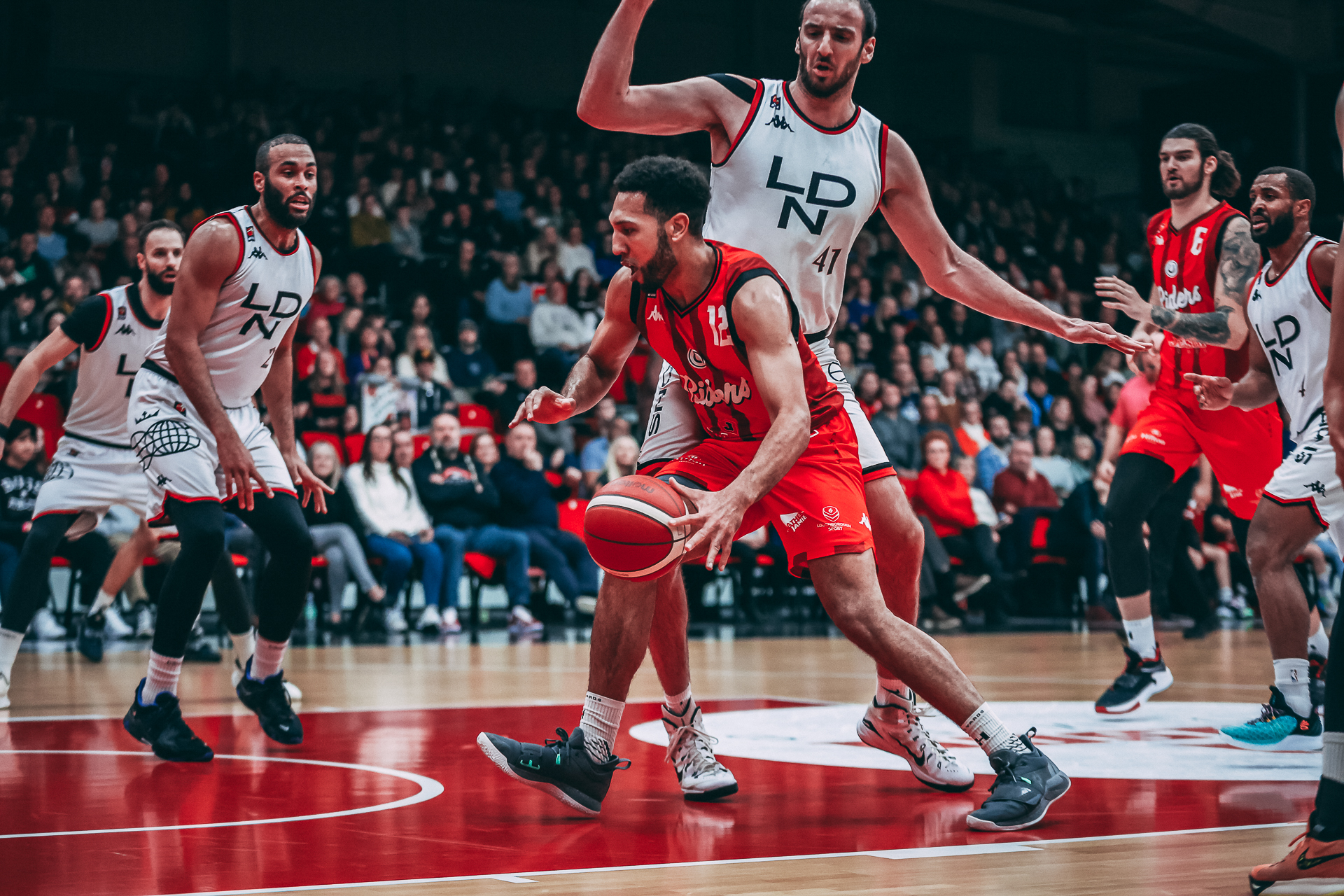 Riders fall short of a comeback against Lions

The Riders fell to the London Lions 81-75, bringing their record to 11-5. Leicester was down 19 at the half before commencing an immense comeback, but fell just short of the win late.

Zach Jackson led the Riders with 14 points, scoring nine points in the third quarter to launch the comeback. He was backed up by 13 points from Kimbal Mackenzie off the bench, who put up double-digit points for his second straight game.

Leicester’s defence played to an elite level in the second half, holding London to 34 points. However, the Riders, who entered the game as the best three-point shooting team in the league, found their deep shots just off the mark.

Sam Dekker led the Lions, their top scorer adding another 21 points to his season tally. The former NBA forward went 7-16 from the field, and pulled down seven rebounds.

The Lions had the best of the early stages, hitting four of their first five threes to jump out to a 19-10 lead. Luke Nelson hit two of the deep shots to get the visitors underway.

Jackson made the Riders’ first highlight of the evening, throwing down a two-handed slam on the fastbreak to cut into the deficit, sparking some momentum for the hosts. Patrick Whelan followed up with a pull-up three to make it a six-point game.

But the Lions made a run to the end the period, which finished up 31-19 after a Dekker buzzer-beating fadeaway.

The Riders stalled the Lions’ progress in the second period, led by elite defence from Jubril Adekoya. The Valparaiso University graduate’s hustle and energy made an immediate impact. He took a charge, snatched a steal and made a flashy assist diving out of bounds in just a few minutes.

At the back end of the quarter, London found some offensive form to stretch their lead. Kosta Koufos and Dekker combined for eight points in two minutes to make it an 18-point game.

Josh Ward-Hibbert concluded the half with a corner three, making it 47-28 at the half.

Jackson got to work to start the second half, bagging seven quick points to get the Riders rolling. Leicester made it a 12-point game four minutes into the third after Patrick Whelan ran the floor for two points.

Jackson’s nine points in the quarter brought the Riders back into contention. Young Riders star Blake Bowman concluded the third with a tough layup inside, making the score 65-52 with one to play.

The Riders cut it to single digits early in the fourth, as Whelan ran the floor for an and-one to make it 68-60. Mackenzie, following a deep pull-up three two minutes earlier, made back-to-back plays to win the ball back, giving Leicester a shot at the comeback.

Mackenzie then pulled up from midrange to cut the deficit to six, sending the crowd into a frenzy.

London responded with two quick buckets, rebuilding their lead to double digits after a Vojtech Hruban layup. The Lions saw the game out from there, leaving the Riders just short of the comeback win.

Leicester fought until the buzzer, as Mackenzie’s free-throws cut it to four with 20 seconds remaining, but the clock proved their ultimate opponent.

The Riders are back in action on Friday, taking on the Surrey Scorchers on December 30. Tip-off is at 7:45 pm, and tickets are available here!