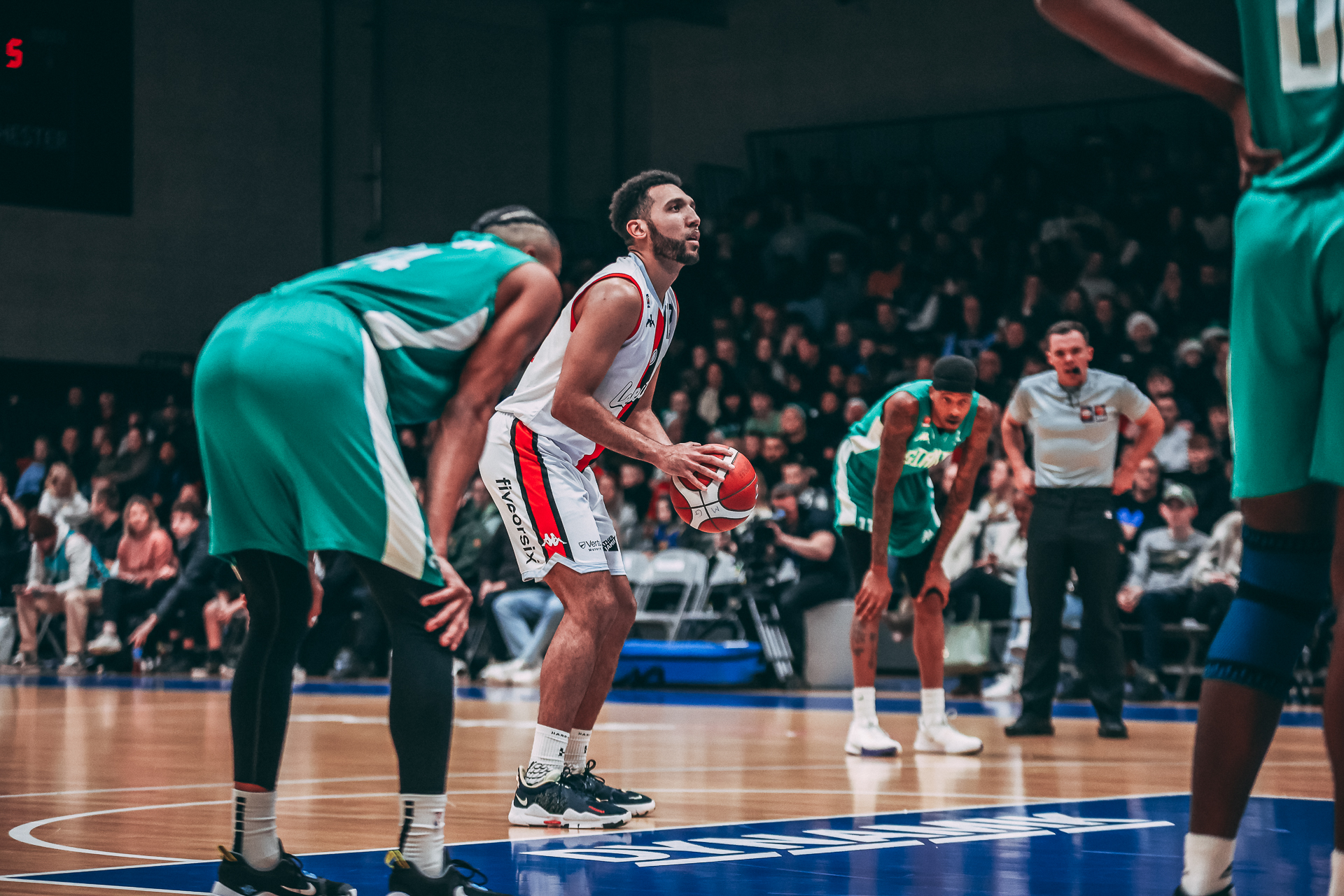 The 11-4 Riders take on the 10-2  London Lions in a highly touted top-of-the-table clash. The winner will seize the top spot of the BBL Championship table, as Leicester look to even the season series to 1-1.

After emerging 89-82 victors of an overtime thriller against the Manchester Giants, the Riders were top of the league at Christmas. They have won 12 of the last 13 games in all competitions, including a BBL Cup semi-final against the Caledonia Gladiators.

They will face the Lions in the final, the second meeting in a final between the teams in the last two seasons. The Riders won the last one, a BBL Playoff final at the O2 arena, to win Leicester their third trophy of the treble.

They rank among the league’s best in all scoring categories this year. Patrick Whelan leads the Riders, scoring 15.9 points per game, and his teammate on the wing, Zach Jackson, is close on his heels with 15 a game.

Jackson led them against the Giants with 21 points, dominating at the rim. He finished with a +/- of 21, demonstrating his immense impact on winning.

The Riders will need every ounce of production of their star men in this crucial clash. Should the Riders win, they will have just one less loss than the Lions going into the rest of the season.

The star-studded Lions, with a roster consisting of GB internationals and former NBA and European stars, are currently in pole position to take a franchise-first BBL Championship, with three games in hand on the reigning champion Riders.

They’re led by Sam Dekker, a six-year NBA forward who ranks second in the BBL scoring charts putting up 20.2 points per game. The 28-year-old small forward has put up big numbers in both the BBL and EuroCup, where the Lions currently possess a 4-5 record.

Their previous two fixtures came against the Bristol Flyers, the other BBL side contesting the top spot of the league table. They won a league and a Cup fixture emphatically, Dekker leading them through the fixtures averaging 22 points.

The Cup win saw them through to the final, where they will face the Riders in Birmingham.  This game will preview the faceoff while remaining vitally important for the fight for the league title.

The Lions will look to step inside the arc, as they enter the game shooting the best two-point percentage in the league, so the Riders’ interior defence will need to be on top form to slow down London’s stars.

The Lions’ leading scorer, Sam Dekker, will be one to watch in this pivotal clash. Dekker spent last season in Turkey’s top division with Bahcesehir, following six years in the NBA.

Dekker was drafted in 2015 by the Houston Rockets, putting up 6.5 points per game in his second pro season. Seven years on, Dekker is in his physical prime and is proving a force in the paint.

He is scoring on 73% of his two-point looks, attacking the rim with force. He runs the fastbreak often and is capable of highlight plays every time he drives to the hoop.

Dekker leads the BBL in usage percentage, holding the ball 30.44% of the time, and is, therefore, key to the Lions’ offensive success.

Charged with the task of slowing Dekker down is second-year Rider and two-way star Zach Jackson. Jackson is scoring 15 points per game on offence while taking on tough defensive assignments on the other end.

Jackson is a three-level scorer, making explosive plays at the rim, pulling up in the midrange and nailing shots from deep. He is shooting a red-hot 48.6% from three this season, second-best in the BBL behind only his teammate, Whelan.

The Omaha graduate averaged 10 points per game last season, shooting 49% from the field while playing elite defence on the other end.

Throughout his second Riders’ season, Jackson showcased his ability to take over games, scoring 10 straight points in the playoff quarter-final to see the Riders progress to the semis.

Expect a battle throughput between two of the best wings the BBL has to offer.

The game tips off at 7:45 at the Morningside Arena, Leicester. Tickets are selling fast, so get yours here!

If you cannot attend, it will also be streamed live on the British Basketball League channel!