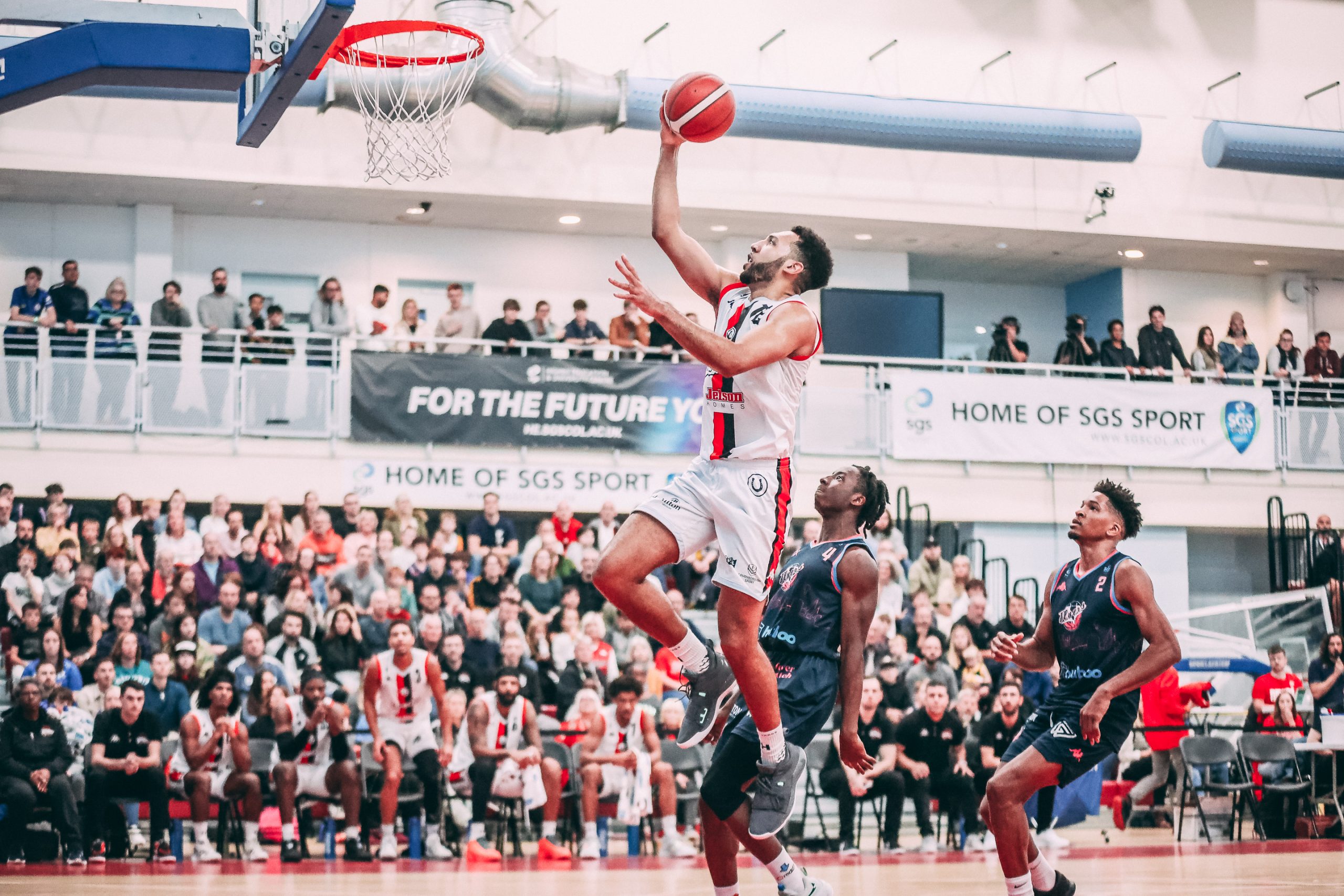 Riders fall short in a close one

The Riders fell just short in a close one in Bristol, concluding a three-game road trip to start the season.

The game was tightly contested throughout, but the Flyers found late momentum to win the contest. New man Derryck Thornton led the team for the second straight game with 16 points and five rebounds, but the game got away from them late as Bristol scored four straight to see it out.

Backing up Thornton off the bench was Mo Walker, whose size and strength made a significant impact on the tie. His 16 points and four rebounds proved vital in a tough Riders stretch in the first half.

Leicester shot efficiently in the game, making 49% of their shots and 40% of their threes, but lost the turnover battle by four, costing them valuable possessions. On the other end, Bristol shot a red-hot 45% from deep to get the better of the game.

Bristol’s Jelani Watson-Gayle went off for 18 points to lead the game off the Flyers’ bench. He led his team’s three-point assault, making three. Thomas Bell also enjoyed a good scoring night, putting up 17.

The Riders struggled for an early rhythm and quickly found themselves in a 15-4 hole after a plethora of Flyers fastbreak buckets. Bristol knocked down their first three attempts from behind the arc while the Riders looked to find their eye for the hoop, starting 1-9 from the field.

Walker entered the fray as Rob Paternostro tried to establish some size down low against Flyers’ bruising center Malcolm Delpeche. Walker scored four quick points to keep Leicester in it, but Bristol maintained their lead with a barrage of threes.

The Riders continued to chip away at the deficit in the second as the lid crept off the basket. Threes dropped for Marc Loving and Patrick Whelan; the latter scored seven points in two minutes to cut it to a four-point game.

The sides traded buckets as the clock ticked down to halftime. The Flyers made a shot to close the second, making it 50-43 in the host’s favour.

The Riders bolted out the gate in the second half, scoring six straight to make it a one-point affair. With momentum firmly in their corner, a fired-up Riders team took their first lead of the game three minutes into the third, as Whelan ran the fast break before making a tough layup.

Despite the Riders’ surge back into the game, the score remained close for the remainder of the third. Back-to-back Flyers threes built them a slight advantage, which they took into the final period, up 71-66.

In the fourth, the Riders again started the better of the teams. Walker got to work down low to draw a foul for two shots at the line, which he converted to tie the game up. What followed was a tense finish, with neither side able to establish a grip on the game.

The Flyers build a small margin, making key buckets to go up six with two minutes left. In response, Loving hit a huge three to cut it to one possession, but Bristol continued to make shots, keeping the Riders at arm’s length and winning the game.

The Riders return to Leicester for their first home game of the season on Friday. They take on the Manchester Giants, hoping to bounce back and improve to 2-2. Tickets are available here.