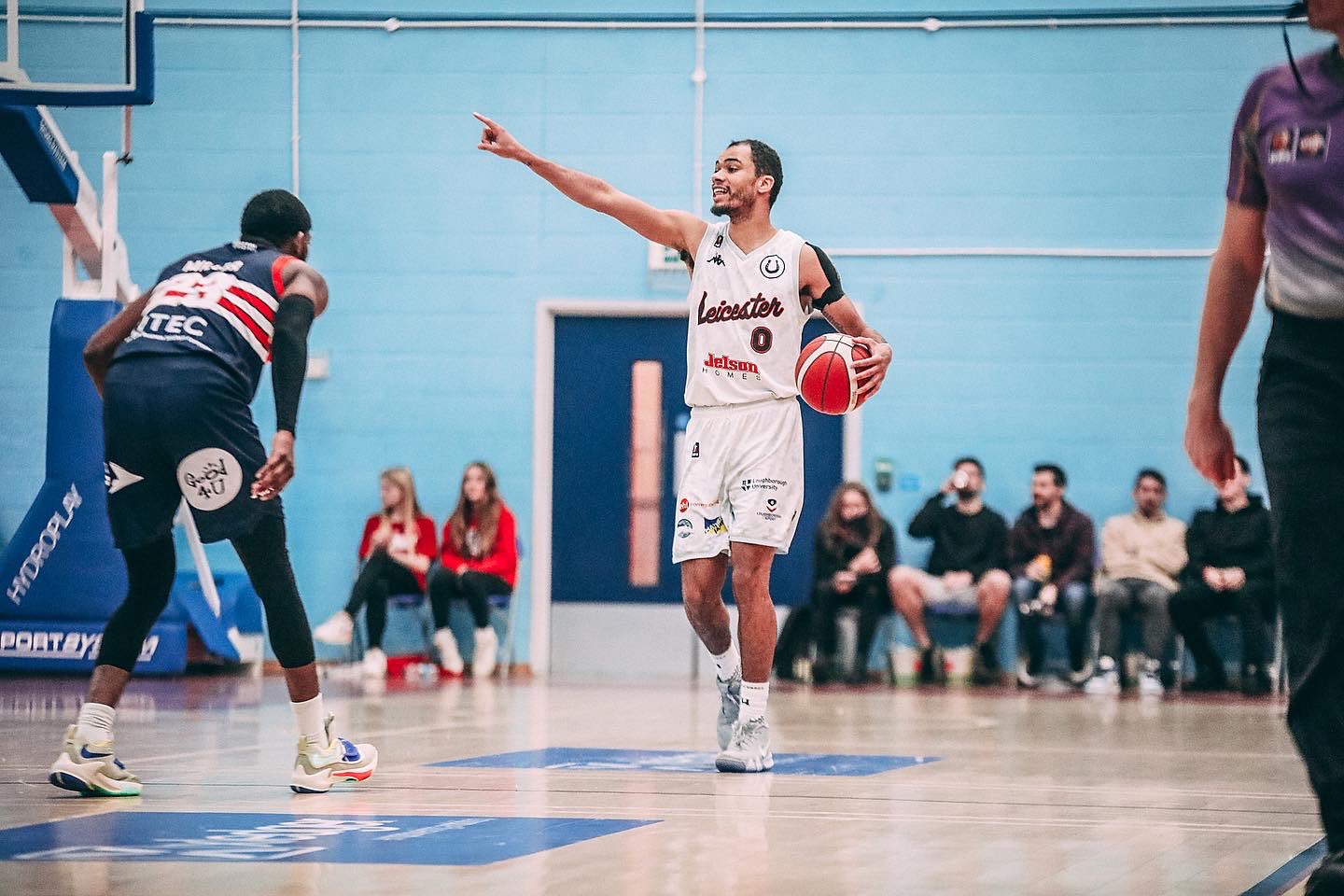 Riders edge Flyers on the road

The Riders won a battle in Bristol, emerging 78-75 victors against the Flyers. Zach Jackson put on a show throughout, scoring 28 points and leading Leicester down the stretch.

The game came down to the final shot after Jackson’s three put the Riders up one with less than a minute remaining. He and Geno Crandall made their late free throws, before Trejon Jacob’s three at the buzzer fell short to secure a victory.

It would have been Jacob’s 20th points of the evening, but he finished with 17, accompanied by six rebounds and three assists in a solid display. However, despite the FIU guard’s play, the Riders’ BBL best defence maintained their record of holding every opponent to under 20 in the league.

The win makes the Riders record 15-1, their best start to a league season in franchise history. They sit 10 points clear at the top of the BBL Championship table, in good shape to retain their title.

Jackson got the Riders underway with eight quick points as they bolted out to an early advantage. The Kansas born sniper hit his first two threes to get Leicester off to a hot start.

“I got going with a couple of threes, and when we were struggling from the field I was able to hit some shots.” said Jackson after the game. “If you’re the one hitting shots, you’ve got to keep shooting. That’s what the team need you to do.”

Crandall made the plays of the quarter, dishing a one-handed bullet pass through the teeth of the Bristol defence, finding a cutting Loving to give Leicester a 14-8 lead. He followed the play with a colossal chase-down block on Marcus Evans to silence the home crowd.

The Flyers fought back into the game’s opening stages, and Jacob’s smooth stepback three made it a one-point game with four minutes left in the first. Jacob tied the game up with an and-one play a minute later, making it all to play for after a quarter.

The game remained tied for the first half of a low-scoring second quarter, as two of the top three BBL defences locked in. 10 points were scored between the sides in the first four minutes of the period before the offences clicked into gear.

A Bristol run saw the Riders down seven going into halftime, led by two dunks from Bates graduate Malcolm Delpeche. But out of the locker rooms, the Riders charged back into the game with a 6-2 run to cut the game to a possession.

Leicester attacked the hoop in the third, scoring 10 points in the paint led by six from Jackson. But it was a deep shot that tied the game, with Kimbal Mackenzie draining a corner three to make it 57-57 with 1:30 left in the third.

A series of Flyers free-throws put them up three entering the fourth, the game in the balance.

After a layup from Adekoya cut the Riders’ deficit to one, Conner Washington nailed a three off the dribble to claim Leicester’s first lead since the second quarter.

Jacob made tough shots down the stretch to rebuild a Flyers lead. His off-balance contested three made it 73-66 with 3:38 remaining, forcing a Riders timeout.

Out of the timeout, Jackson pulled up from midrange before making an and-one on the fastbreak in the next play, stealing back momentum. His five point outburst cut the game to two.

At the line with a minute remaining, Evans missed both to give the Riders a chance to take the lead. Leicester took the opportunity, as Jackson drained a step-back three to put the Riders up 74-73.

They stood firm on the next defensive possession, forcing the Flyers into a deep three which was missed, before Jackson was put to the line, making both. With a three point deficit, the Flyers drove to the rim to cut the game to one, Jacob throwing down a two-handed slam.

It was Crandall to be sent to the line next, as he hit both of his foul shots to rebuild the Riders’ three point lead. The final shot came down to Jacob, whose three fell short to seal a hard-fought Leicester win.

“We have to find ways to win when things aren’t going our way,” said Rob Paternostro post-game. “I think we’ve done that this season, and that’s why we’re 15-1.”

The Riders return on Friday, hosting the Cheshire Phoenix. A win would extend their lead atop the BBL Championship table, and bring their winning streak to four.