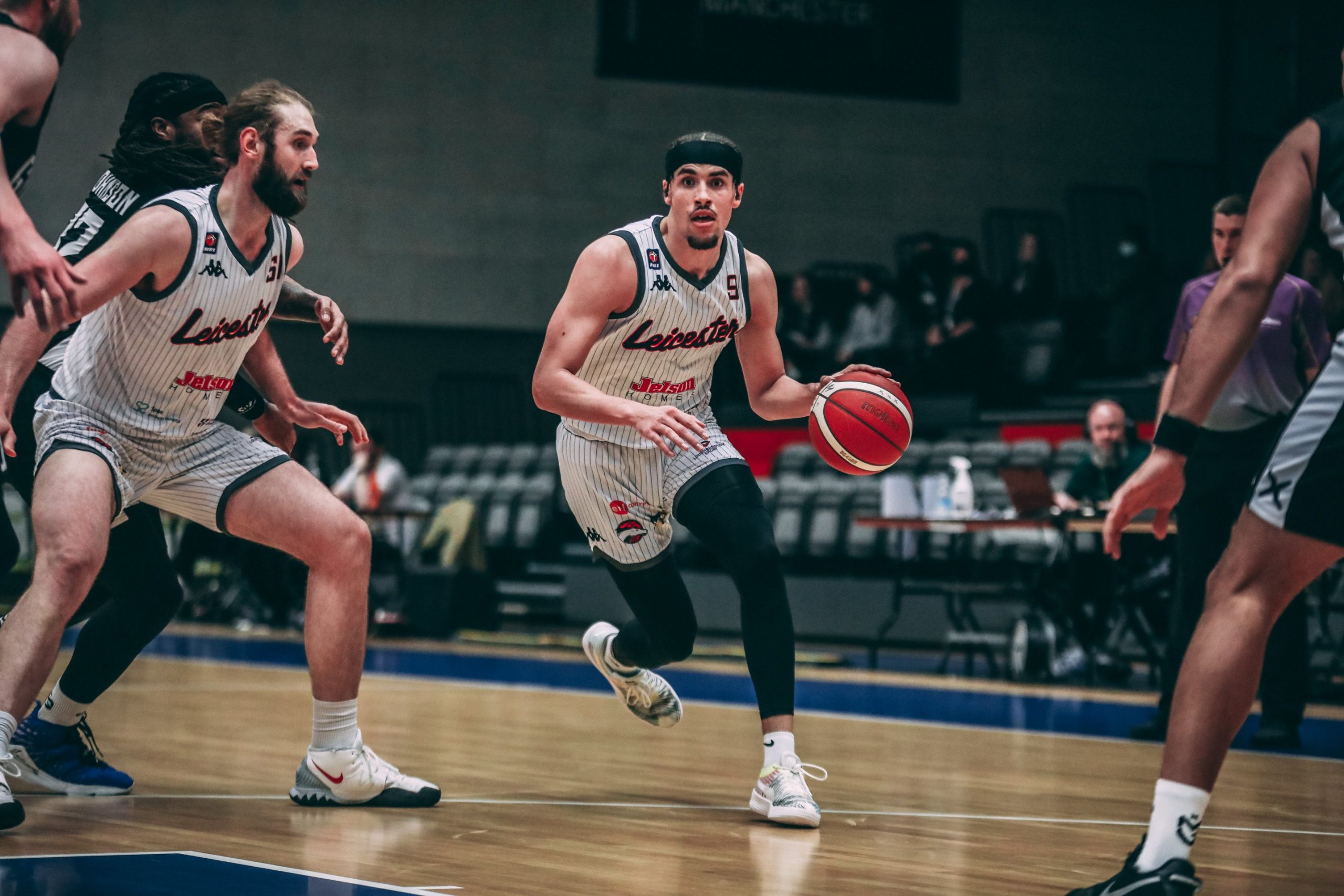 The Riders responded to their midweek loss with a clutch win, as they beat the Manchester Giants 90-87 in a nailbiting finish. Corey Johnson displayed nerves of steel, as his late free-throws were ultimately the difference between the two teams.

Manchester had a chance to send the game to overtime, led by a career-high scoring performance by Justin Satchell. Satchell was in his bag, dropping 36 points as he caught fire, making six of his eight threes, and shooting 13-16 from the floor. He scored nine points in the final period as Manchester came back from a 10 point deficit, but ultimately fell short with a missed three at the buzzer.

For Leicester, William Lee lit up the court and the stat sheet, leading the team with 19 points while coming up with his monster highlight plays. The pick of the bunch came midway through the final period, linking up with Darien Nelson-Henry to throw down a vicious lob after cutting backdoor. Both Riders big men performed to the highest standard, as Nelson-Henry’s performance was instrumental for the Riders. Coming up with 18 points, he led the team with 10 rebounds in a game that was fought on the glass.

Jordan Whelan started the game hot, scoring 10 in the first quarter for the Giants. However, he was on the wrong end of the game’s first highlight, as his layup was swatted away by Lee. Lee, the University of Alabama’s all-time leading shot-blocker, displayed his hops on Easter Sunday, rising high to deny Whelan who drove down the baseline. Lee had two blocks in the game, living up to the precedent he has set throughout the season. He ranks second in the BBL in blocks per game.

The game was a back and forth affair early. The first quarter featured five lead changes, as the teams jockeyed for position. The Riders did begin to stamp their authority on the game towards the end of the first, with a 12-5 run to end the first featuring six different scorers. However, despite stretching their lead to double-digits in the second quarter, they were pegged back by a determined Giants team.

The Giants may have found themselves in a deep hole, if not for a red hot Satchell. He had 19 first-half points, and was unable to miss, making all of his seven shots from the floor. His three with half a minute left in the second brought the Giants to within one, before Crandall attacked the rim to end the half with the Riders up 44-41.

Satchell remained hot after the break, nailing a three coming out of the half to tie the game. He and Mustapha Heron engaged in a battle to start the third quarter, both scoring seven points in the first half of the period. Despite a cagey beginning to the third, the Riders, led by Lee, reestablished their lead. A 10-3 run in the final three minutes of the quarter put the Riders up seven entering the final quarter, as they built themselves a cushion to see the game out.

Satchell continuing his scintillating performance to end the game. His nine fourth-quarter points capped off his career-best performance, keeping Manchester in contention. Satchell’s tough turnaround shot from deep in the midrange tied the game with two minutes on the clock, but an experienced Leicester team well versed in bringing games home came out the better of the two sides.

A flurry of baskets from both teams, rounded off by a huge three by Alex Ouandie, set the score at 88-87 in the Riders favour with 15 seconds on the clock. Corey Johnson was sent to the line, and with ice in his veins, he made both to force the Giants into a three to tie.

When needed, Leicester’s second-ranked defence stood up to the challenge. While Manchester found Satchell’s hot hand, he was forced into a highly contested shot to send the game to overtime. He couldn’t convert, and a scramble for the rebound resulted in Whelan chucking up a prayer, which clanked off the iron to cap off a suffocating Riders defensive possession.

The Riders’ title push is back underway, as they return to winning form. With a 20-4 record, they sit 10 points clear at the top of the table. Four is the magic number for Leicester, as that is how many wins they need to secure the top spot in the BBL Championship. They continue their road trip on Wednesday, as they head to Worcester in the hopes of beating the Wolves.