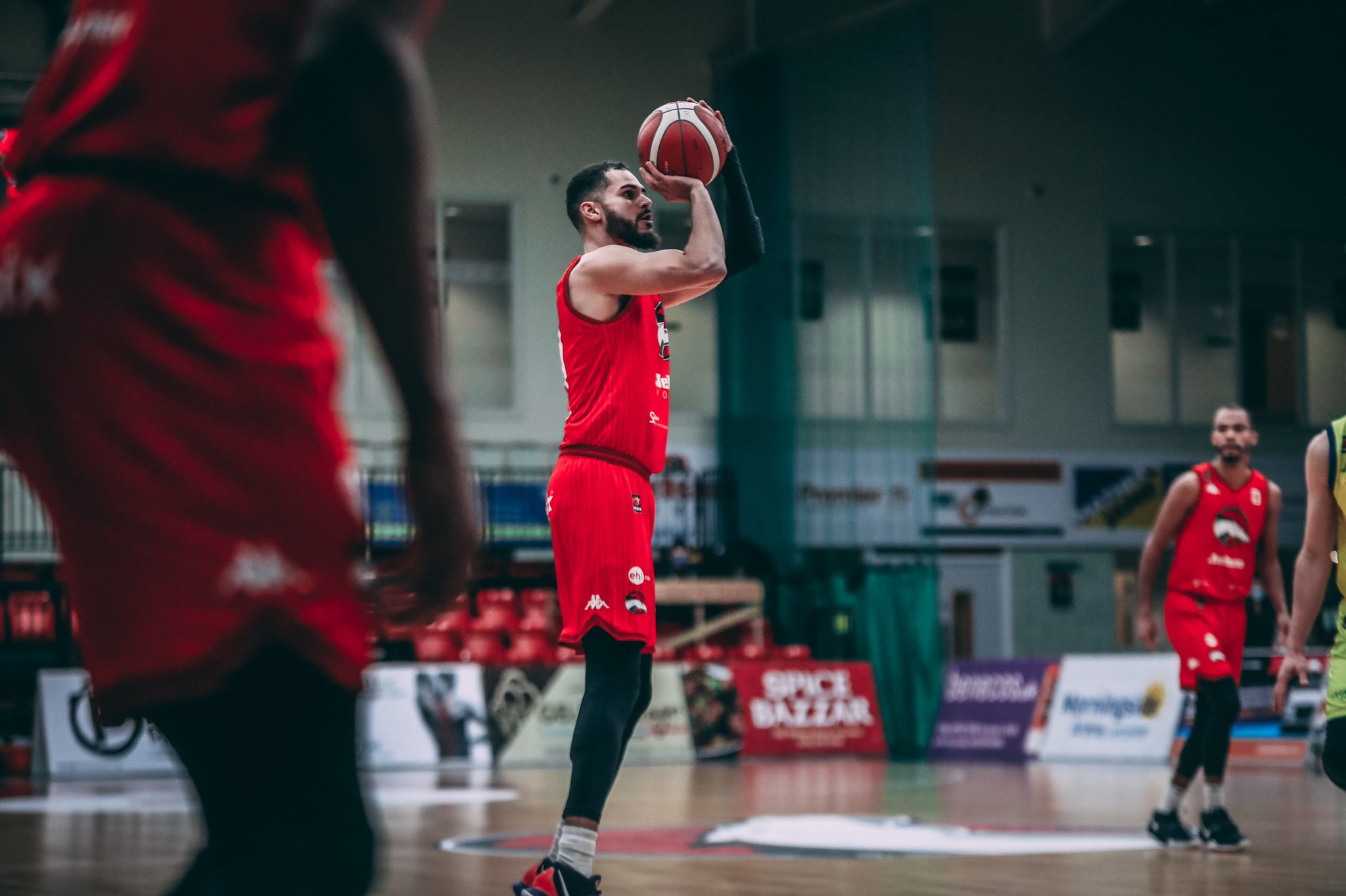 Leicester Riders won a tense game against the Sheffield Sharks to maintain their unbeaten start to the BBL Championship, in a tight, defensive affair at the Morningside Arena, 74-64. The teams were playing for the second time in 5 days, and for the fourth time in this young season, and with both sides very familiar with their opponents’ strengths, they tended to cancel each other out over the first three quarters, before Riders finally took control in the final period to take the win.

It was the Sharks that started the better, with a driving lay-up from the impressive new signing Jeremy Hemsley, and a dunk from Kipper Nichols, helping the visitors to an early 6-2 lead. Riders were a little tentative on offence, and a couple of sloppy cross-court passes were turned over by the Sharks, and converted into breakaway scores. Darien Nelson-Henry was keeping Riders in the game in a low scoring affair, and after six minutes the scores were level on just 8 points apiece. Conner Washington came off the bench to hit 5 points in a row for Riders, and Nichols responded with 7 points in succession for the Sharks, to leave the teams at parity after ten minutes, at 17-17.

It was a grind out affair in the second period as tough defence limited scoring opportunities, and then 7 points in a row from Sheffield, capped by a Nick Lewis three pointer, pushed the Sharks lead to 27-21, forcing Riders Head Coach Rob Paternostro to a time-out. Half way through the second period the Sharks led 31-25, but then it was Riders defence that turned the screws, and fine play from Geno Crandall who was closely marked by the Sharks throughout, and a turnaround jump shot by Zach Jackson had Riders back in it, trailing just 35-32 at half time.

The game stayed close, with the Sharks ahead 44-41 with six and a half minutes gone in the third quarter, but Riders then turned the tide. A William Lee lay-up was quickly followed by one from Jackson, Corey Johnson scored 5 points in a row, and Riders finally had some breathing space, leading 50-44. The Sharks would not lie down, Nick Lewis responding with a three pointer, and the game was still in the balance after three quarters, Leicester leading 54-50.

The start of the final period proved decisive, as a Washington three pointer was quickly followed by one from new boy Aaron Falzon, and with Riders then pressuring the Sharks to a shot clock violation, and the visitors were forced to a timeout.

Riders were racking up the fouls, and 4 free throws in a row from the Sharks closed the gap, but a Lee dunk followed by a powerful inside hook shot from Nelson-Henry followed by a three from Lee, got Riders lead back to ten points, with four minutes left. From then on it was just a matter of managing the clock and Riders came out with the hard fought, but deserved win.

Lee was the star man for the Riders, hitting six of eight shots on the way to 17 points, highlighted by a couple of ferocious dunks, along with 9 rebounds, including a couple of crucial ones in the fourth quarter, along with 2 assists, 3 steals and a block.

Captain Nelson-Henry was his solid self with 13 points and 7 rebounds and an eye-catching 5 assists, while Conner Washington also scored 13 points, including 2 three pointers and 4 assists, guiding Riders home in the tense fourth quarter.