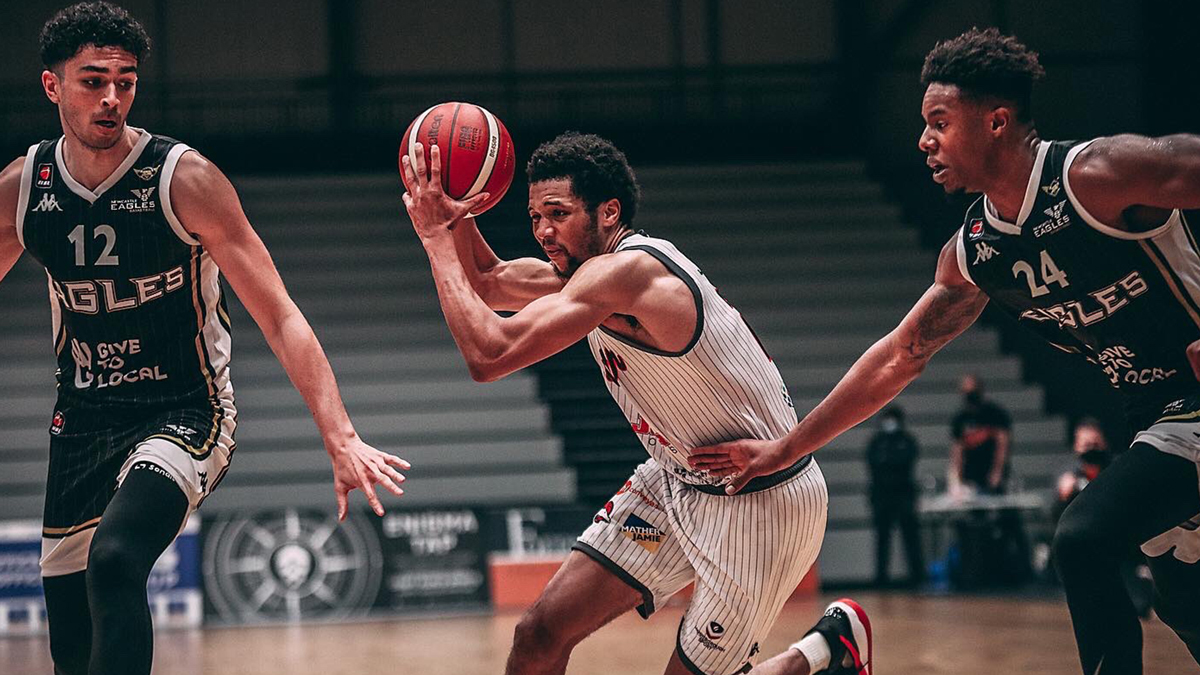 Riders defeat Eagles on the road

Leicester Riders bounced back from their opening night defeat to Newcastle Eagles, with a dominant final quarter in the away match at the Eagles Community Arena, winning 88-82 in the BBL Cup Group stages. It was Eagles first defeat of the season.

Once again the teams could barely be separated in the opening three quarters, but with Riders point guard Geno Crandall pulling the strings, Riders pulled away in the final quarter.

Riders had been burned in the last game by the Eagles experienced back court of Rahmon Fletcher and Cortez Edwards, but Riders made adjustments defensively, and held Edwards to just 8 points, all in the second half.

Riders game plan was clearly to put pressure on the Eagles big men offensively, by pounding the ball inside, and their first three baskets were scored by Riders captain Darien Nelson-Henry. Former Notre Dame star Rex Pflueger responded with a three, to put Eagles 7-6 ahead, but Riders fired back with two three pointers from Conner Washington. Fine inside play by Mo Walker had the teams tied at the end of the first quarter on 20 points.

Walker continued to cause problems on the Eagles on the boards, and Crandall started to impose himself on the game, but the teams could hardly be separated, with a Zach Jackson 20 foot jumper taking Riders just clear, 30-27. Walker and William Lee combined for good play inside and by half-time Riders had edged in front 43-38.

The Eagles came back in the third quarter, as Edwards finally found some space, and they tied the scores on 53 points midway through the quarter. Successive threes by Justin Gordon and Pflueger gave Newcastle their biggest lead of the game at 59-55 with 4 minutes left in the third quarter, but back came the Riders, sparked by Washington, to close the gap to 62-61 with one quarter left, with Newcastle just in front.

Crandell hit a three early in the fourth quarter to spark a 21-11 Riders run that took the game away from the Eagles as the Riders matched the Eagles winning margin from their previous meeting taking the game by 6 points.

Crandall was Riders top scorer with 20 points, and dished out 4 assists, while William Lee was all action with 10 points, 8 rebounds and 5 assists. But most pleasing for Paternostro was that Riders had 6 players in double figure points.