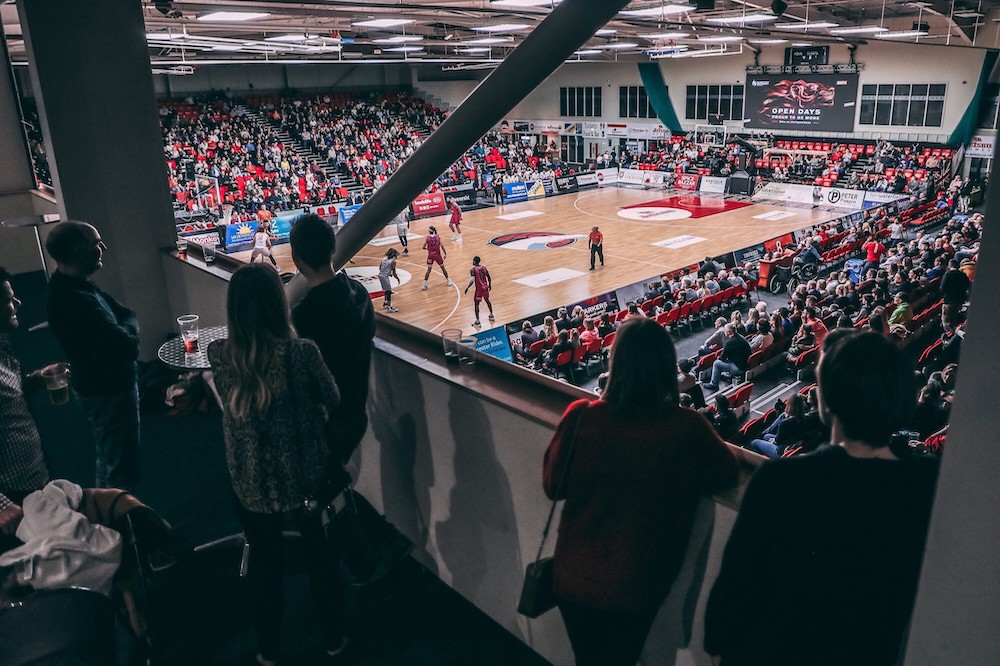 Leicester Riders are looking at all options, after the planned start of the BBL season later this week was put on hold.

Riders along with other BBL clubs met late last week online, to consider the Prime Minister’s announcement that the return of spectators to sporting events was on hold indefinitely, following an increase in Covid-19 cases.

The BBL had planned to announce fixtures for the new season last week, but that announcement has again been delayed.

“We had been in continuous discussions with DCMS, and were on track to be the first indoor sports pilot in the country last Friday in a pre-season friendly.”

“The Morningside Arena has done a huge amount of work to become Covid Secure, with a major investment in software and physical changes to the arena.”

“We have been advised that the changes have made means the venue is one of the best prepared in the county.”

“So to get this news is devastating, particularly to the people involved in all these works.”

“It is going to have a massive impact on all BBL clubs, because there is a huge dependency for all clubs on gate receipts and local sponsors.”

“We have been advised the Government will consider requests for support, but the challenge will be for Clubs to survive, while negotiations go on.”

“Because we are one of a few Clubs that have control of our own Arena, we also have amongst the highest overheads in the British game.”

“Obviously we want to play games only when it is safe to do so, but all venues are different, and the risks will be very different.”

“We will be working very hard with the BBL to consider all options and hope to let our supporters and sponsors know very soon the outcome.”

“We don’t rule out playing behind closed doors for a period, but that is not a sustainable way of operating, and it is unclear whether all clubs could even start on that basis.”

“Ultimately we are in the hands of Government.”

“Following the Government announcement on 22nd September that fans will not be allowed back to sporting events for the foreseeable future, the British Basketball League is currently assessing the impact this will have on professional basketball in the UK.”

“The UK is a great sporting nation and the positive impact that sport has on communities and on physical and mental health can be seen at all levels from grassroots through to elite levels.”

“With all the BBL clubs firmly rooted in their communities, it is no exaggeration to say that the impact of this decision will be deeply felt by all 11 BBL clubs and the many stakeholders the Clubs and their charitable Foundations work with.”

“We recognise that the Government are taking these measures in the interests of the nation’s health and we fully support them in that.”

“However, to remove the possibility of such a vital source of income only a week before we were due to start our season means the BBL has no option but to call on the Government for support at this crucial time.”

“The viability of our league, the only professional men’s basketball league in the UK, is predicated on ticket and sponsorship income, as thousands of fans and local businesses show their support each week.”

“Without their support, there is a risk of the loss of clubs who work in the heart of their communities, as well as the current and future generations of talented sportspeople, many from our most deprived communities.”

“In the meantime, the BBL is reassessing its options with regards to the new season and will be making further announcements shortly.”