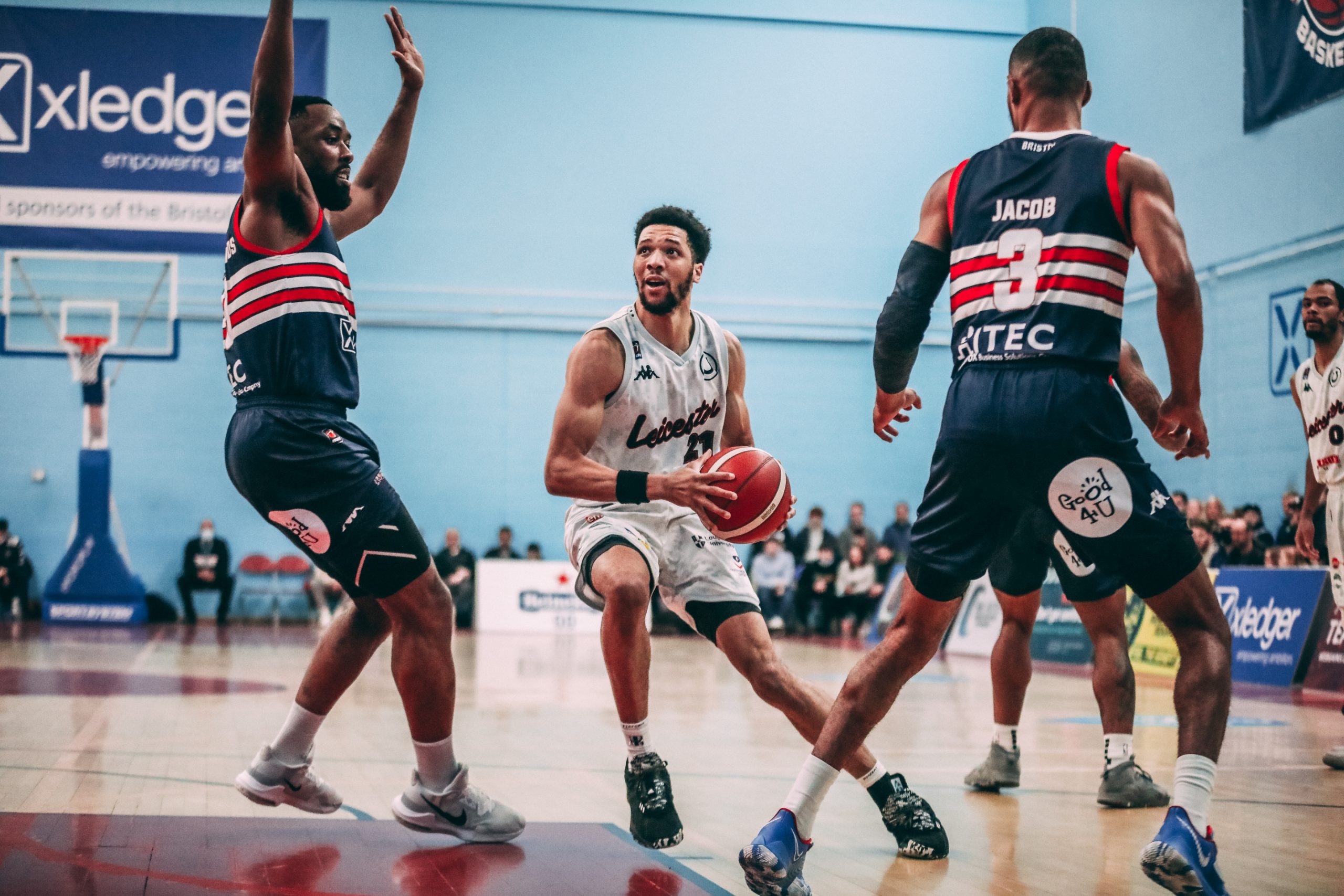 Riders bounce back with victory over Flyers

The Riders continued their undefeated league streak, beating the Bristol Flyers 92-64 to improve to 9-0. Sharpshooter Patrick Whelan led Leicester for the second straight game, scoring 25 points after torching Bristol with 21 in the first half.

Whelan’s first-half effort gave the Riders a comfortable advantage entering the second half, allowing them to see the game out in the second. Leicester’s number 1 ranked BBL defence held its opponents to 33% from the floor, and 19% from three.

Reigning MVP Geno Crandall was all over the box score, with six points, 12 assists and nine rebounds. The Gonzaga graduate demonstrated his ability to be effective without scoring, finishing with a +/- of 19.

Despite cutting the game to within a score in the third, going on a run to start the second half, the Flyers struggled to get their offence clicking against the stifling Riders defence. Antwain Johnson led the Flyers with 17 points, the 6’2” American going 6-17 from the field.

Whelan exploded out the gate for Leicester with 16 points in the opening seven minutes. The William Jewell graduate made momentum-building plays, making two and-ones to put Leicester up 25-15.

A Flyers run to end the quarter made it 27-21 at the end of the first. Their momentum carried into the second, as they cut the lead to four courtesy of Antwain Johnson’s basket, forcing a Riders response.

Crandall scored four straight to rebuild the lead, rebounding his own free-throw for a putback. Building on his teammate’s play, Canadian/British big man Mo Walker took the game over inside, scoring two straight buckets and going on to score 10 in half.

With a 16-8 run to conclude the half, the Riders entered the locker rooms with a commanding 48-35 lead.

Bristol came back into it to begin the third with a 15-5 run, cutting the lead to three. Marc Loving stole back the momentum with a huge three, kick-starting an 8-0 Riders response, led by five from Loving. Kimbal Mackenzie concluded the third with a banked-in jump shot, putting Leicester up 68-54.

The Riders exploded for six straight points to start the fourth, getting up 20 with eight minutes left in the tie. Their advantage allowed Leicester to sub in Evan Walshe for his BBL debut. Walshe impressed, scoring four in two minutes of play.

Leading the team for the second straight game, Whelan is on top form at this stage of the year:

“I’d love to take all the credit for myself, but it’s because all the other guys are really good scorers. It makes my job so easy. Usually I’m wide open when I shoot it, so it’s really a team effort.

“It was definitely a point of emphasis to be the enforcers here today. It’s nice to be 9-0 now, but a lot of these guys have been in a similar position and it can go wrong really quickly. We’re taking it game by game”.

The Riders continue their road trip in their next fixture, heading to Cheshire to take on the Phoenix. A win would keep them top of the BBL Championship table with a 10-0 record.