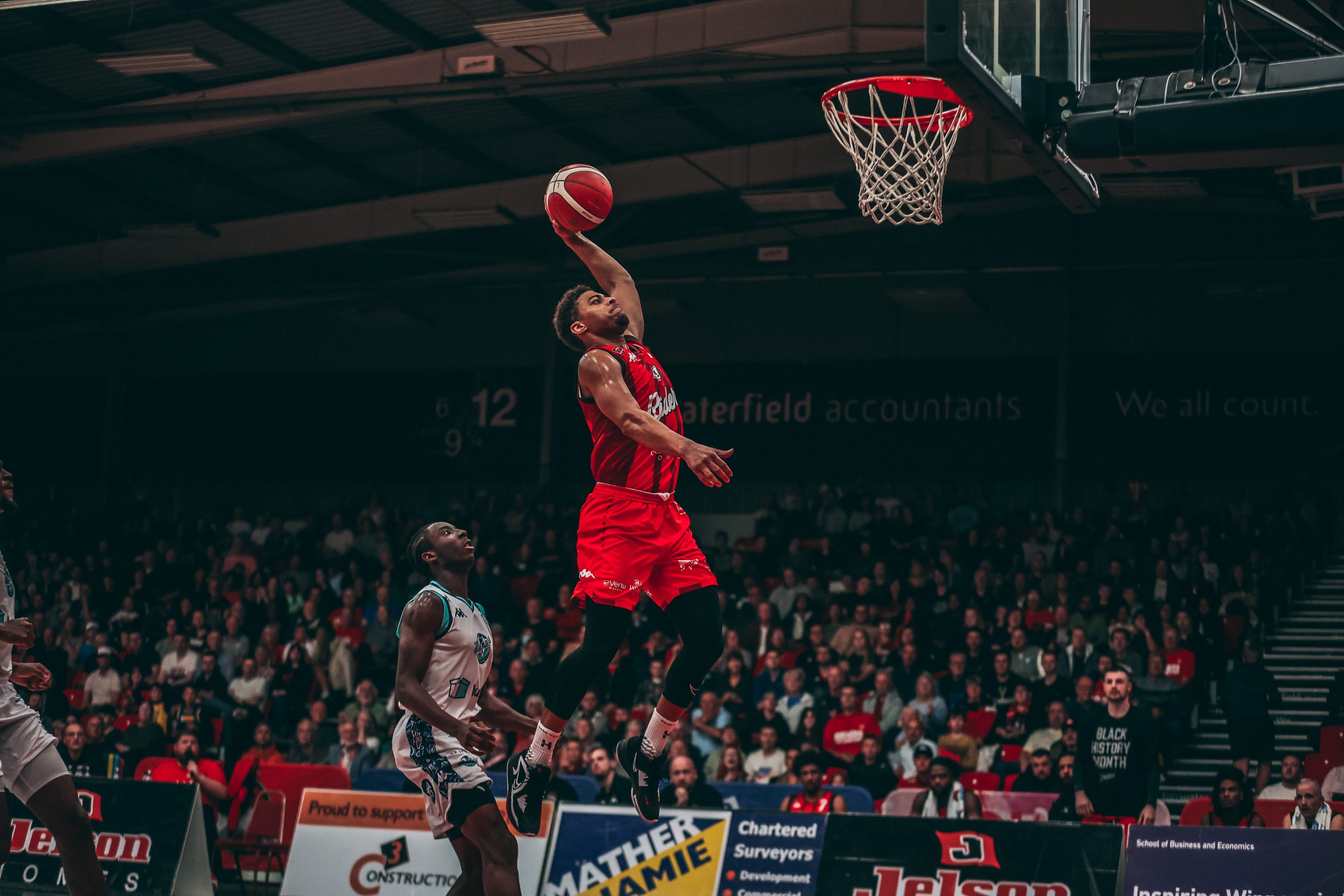 Riders bounce back against Bristol

The Riders put one in the win column, improving to 3-3 with a 91-73 victory against the Bristol Flyers. A monster 34-point performance from Marc Loving led a dominant second-half display, as Leicester secured a much-needed win.

Loving’s 34 came in 36 minutes, shooting 13-17 from the field and a red-hot 6-8 from three. The Ohio-born sharpshooter torched the Flyers’ defence all night long, from all over the court in a first-class scoring night.

On the other end, he had two blocks and steals to round off a complete showing, dominating every area of the game. The Riders shot 54% from the field and 46% from field to support their star forward.

The Flyers hung around until late, losing the fourth quarter 27-15. They went 10-21 from three to keep it close, led by a 24-point double-double by VJ King.

The Riders hit their stride early, as Zach Jackson fired out the gate with nine points in the opening five minutes. They jumped out to a 20-12 lead, and Jubril Adekoya forced a Flyers timeout after great defence at the rim leading to his bucket in transition.

The Flyers fought back, as Tevin Olison hit two threes on his way to 10 points in six minutes. The 6’4” guard’s play gave his team the lead two minutes into the second period.

Blake Bowman sparked life back into the Riders’ offence, which stalled momentarily. The first-year pro ran the fast break before rising high and throwing it down over the contesting Brandon Mayhan.

The second quarter was a dunk party, as Loving and Derryck Thornton made their own highlights. Thornton picked Corey Samuels’ pockets before raising the roof with a monster jam, before Loving did a spin move to attack the baseline and put one in with two hands.

Loving tied the game up two minutes later with a three from the wing for his 12th points of the evening. The Ohio State graduate then grabbed a steal on the other end with 24 seconds left, before blocking VJ King at the rim to give the Riders the halftime lead.

He kept his hot hand to start the third, hitting a three from each corner to make it a seven-point lead. He scored 10 straight at the start of the third, torching the Flyers to build the lead.

They held the lead going into the fourth, but Bristol clawed back points to make it close with 10 minutes to play. King, who had 24 points at the end of three, made an and-one play to close the third to make it 64-58 to Leicester.

Conner Washington took the reigns to open the fourth, scoring four quick points to snatch momentum back. Loving checked back in and put points on the board on his first possession, making it a 12-point lead. He made a three a minute later to hit the 30-point mark.

The Riders saw it out professionally, keeping their foot on the pedal to maintain their distance from the Flyers. Evan Walshe concluded the action with a two inside

“Tonight was a really good win for us. Playing at home makes a big difference, and Marc was unbelievable today,” said coach Rob Paternostro after the game. “Any time we needed a bucket, he got it, and he’s been incredible all season. I think he’s one of the most underrated players in the league, and on both ends, he was awesome.”

“I think Jubril Adekoya was very good defensively in the center position. He defended the pick and roll really well, he’s great at that. We love him defensively, he’s one of the best defenders in the league, and he relishes the challenge.”

Playing more minutes in the absence of the injured Mo Walker, Adekoya played tough defence inside all night.

“Rebounding was the focus against this team,” said Adekoya.”They play aggressively, especially on offence, and we knew that and had to take control of it.”

“We needed to get back on track. The way they beat us last time we played left a bad taste in our mouths. We owed them one. It’s still early in the year, but we’ve got to figure out how to start winning these back-to-back games. We’ve got to try and find a rhythm and keep it rolling.”

The Riders are back in action on Sunday, heading to Sheffield to take on the Sharks. A win would put them above .500 for the first time this season.