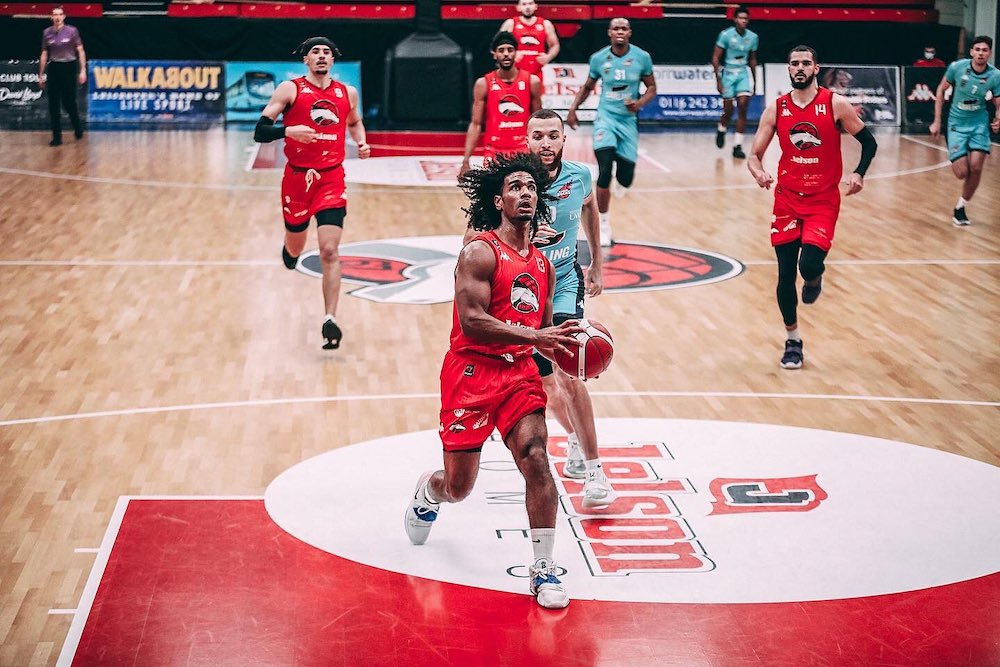 Leicester Riders made light work of Glasgow Rocks in the quarter-finals of the BBL Cup, coasting to a 93-59 victory at the Morningside Arena. The Riders led from start to finish, and had a massive 48 point lead early in the fourth quarter, before the Rocks made a modest recovery in the final seven minutes of the game.

Riders will now go into the hat for the draw for the Cup semi-finals, where they could draw London Lions and Newcastle Eagles from the group of death, who also progressed, along with Manchester Giants.

Riders raced to an early 9-2 lead after three minutes, with a superb pass from captain Darien Nelson-Henry setting up William Lee for a huge dunk, and the Rocks were immediately on the back foot. Their experienced player-coach GB International Gareth Murray started the game, after starring in their upset win at Plymouth last Sunday, but he could do little to stem the tide against intense defence from the Riders. A Jamell Anderson three, followed by good work inside by former Rock Ali Fraser, and Lee again with a dunk, gave Riders a 20-10 lead. With the first period gone, Murray left the game for good, to concentrate on coaching, having failed to score in four attempts.

Fraser caught fire early in the second period, as he found his way to the basket three times in succession with his trademark baby hook shots, and Riders other recent signing Aaron Falzon also responded with 5 points in a row,  to push Riders lead out to a commanding 29-12. Corey Johnson, who has had a quiet last few games shooting – wise, then hit 2 three pointers in a row to break the game open 39-18 midway through the second period. Johnson rounded off the first half with yet another three, to take Riders to the locker-room up 51-26 at half-time.

Riders were a little slow starting the second half but 2 unsportsmanlike fouls on the Rocks were evidence of their increasing frustration. Another huge Lee dunk got Riders 60-33 up, and more fine work by Falzon had Riders 76-41 clear at the third quarter break. Crandall was starting to weave his magic in the paint, and found Lee open again for another monster dunk.

Riders opened the fourth quarter with successive three pointers from Johnson, twice, and Conner Washington, forcing the Rocks to a time-out. From then on Riders gave minutes to some of their pathway players as the teams traded baskets in the closing minutes of the game.

Johnson finished up the top scorer in the game with 20 points, which included 6 three pointers, but he also grabbed 7 rebounds and dished out 3 assists, while playing excellent defence on the relatively inexperienced Glasgow guards.

The remaining points were spread amongst another eight Riders, with Nelson-Henry again very solid with 15 points and 6 rebounds in just over 17 minutes of play, including 6 from 6 shooting from the floor. Conner Washington ran the point once again with efficiency, dishing out 11 assists, and he added 7 points.

But it was Riders defence that made the difference holding the Rocks to just 42% from the floor, whilst out-rebounding the Scots 37-28, and they moved the ball as a team extremely, well with 30 assists, 13 more than the Rocks managed.

The Riders are next in action on Friday evening when they take on the Bristol Flyers in the BBL Championship, a game that will mark the Riders first appearance on Sky Sports this season.