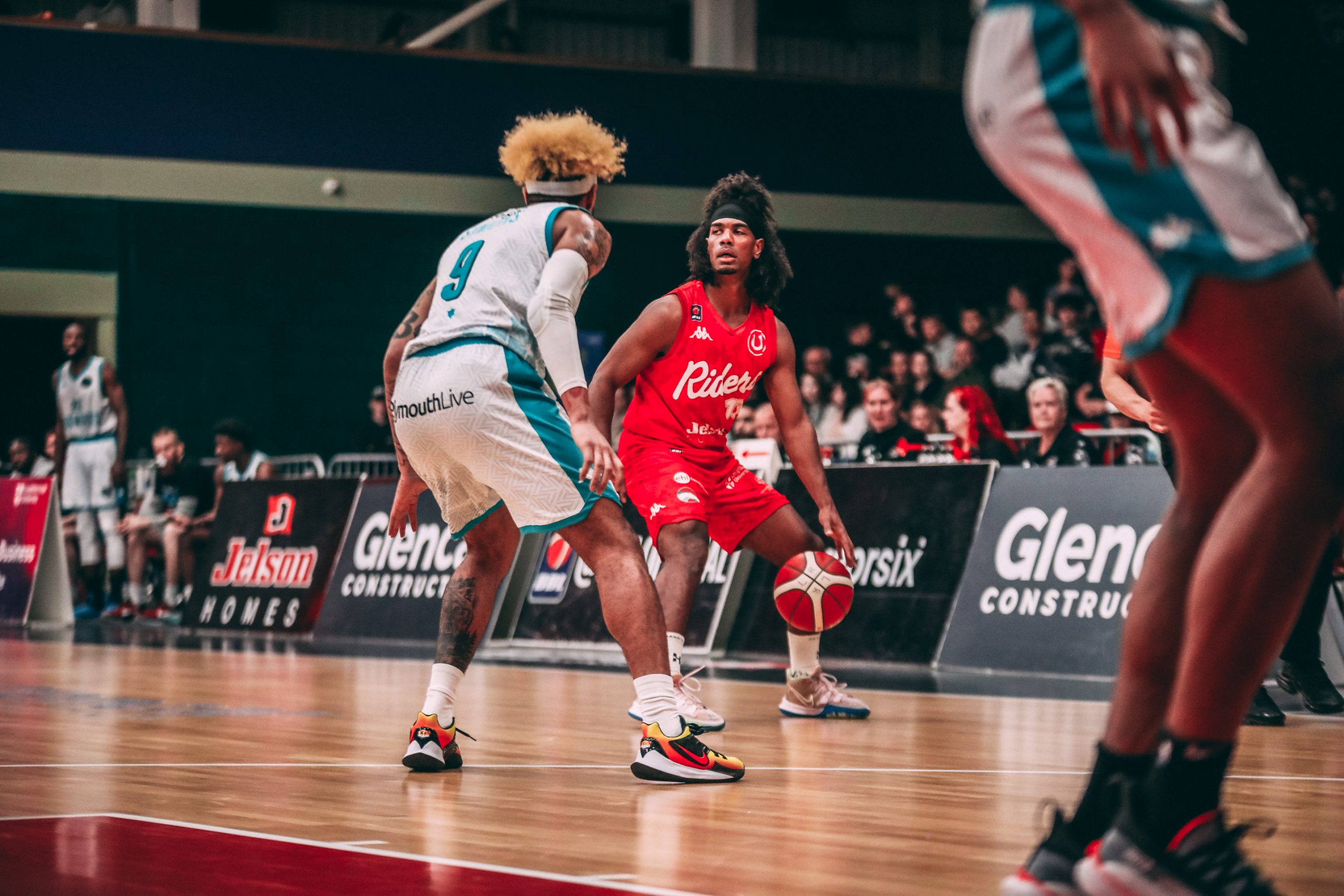 The Riders concluded the league season with a win, beating the Plymouth City Patriots 92-82. They finish the season with a 27-2 record, their best ever winning percentage.

The Riders’ bench tandem of Conner Washington and Mo Walker led the team with 34 points between them, as Washington scored a season-high 20 to lead the team in scoring for the first time this year. The duo put up 23 points in the final quarter to seal the win, coming up big in the clutch.

The win marks the 36th straight against Plymouth, a streak which dates back to December 2012! It is the longest winning run against an opponent in BBL history, and completes a 5-0 season sweep.

The victory also maintained the Riders undefeated home record this season. They are 13-0 at home in the league, making the Morningside Arena a formidable place to visit for teams entering the playoffs.

Plymouth had two scorers put up 20 points in the defeat. They will rue missed opportunities from the free-throw line, as they made just 14 of their 25 foul shots.

Offence ruled the early goings, as the teams traded baskets for an 8-7 Patriots start in the first two minutes. Crandall got the Riders’ offence flowing, dishing no-look passes to find open shooters in a back and forth first quarter. Following his season-high performance in his last game, Kimbal Mackenzie finished off the period with a rare breakaway slam cut a narrow Riders’ deficit to one.

In the second, Mo Walker got the crowd on its feet with a monster putback slam for his ninth points off the bench. The play kickstarted an 8-2 Riders’ run, as the home side took the lead.

Zach Jackson beat the buzzer with a long two to end the half, sending the Riders into the locker rooms up 48-41. Darien Nelson-Henry led the team with 10 in the half, as the Riders won the period 24-16.

The Patriots, fighting for playoff contention, battled back into the tie. They commenced a 12-2 before tying the game at 60, as Williams scored seven straight points for Plymouth.

In response, the Riders’ backcourt clicked into gear, as Conner Washington and Mackenzie scored five quick points. Deji Adekunle drove to the hoop for two Plymouth points to end the third, as the sides entered the final quarter with the score 66-63 in favour of Leicester.

Washington started the fourth as he finished the third, draining a three to stretch the Riders’ lead. Building off his point guard’s play, Walker got to work down low, bruising his defender for three baskets from the post.

Walker’s play rebuilt the Riders’ lead to double digits, putting them in a solid position to see the game out. Walker and Washington combined for all but two of the Riders’ 23 fourth-quarter points, getting it done at the free-throw line. The duo’s play was enough to get the Riders over the line, as they secured their ninth straight win.

Walker has averaged 14 points and six assists in his last eight games, as he prepared for a playoff run.

“I’ve been patient, and the guys are really looking for me. I’m just playing my game, not forcing anything and playing team basketball.”

With the league season concluded, the playoffs are now upon us! The first leg of the quarter-finals will be played on the road, with the date and opponent yet to be decided, and the return fixture will be played at the Morningside Arena on May 1.