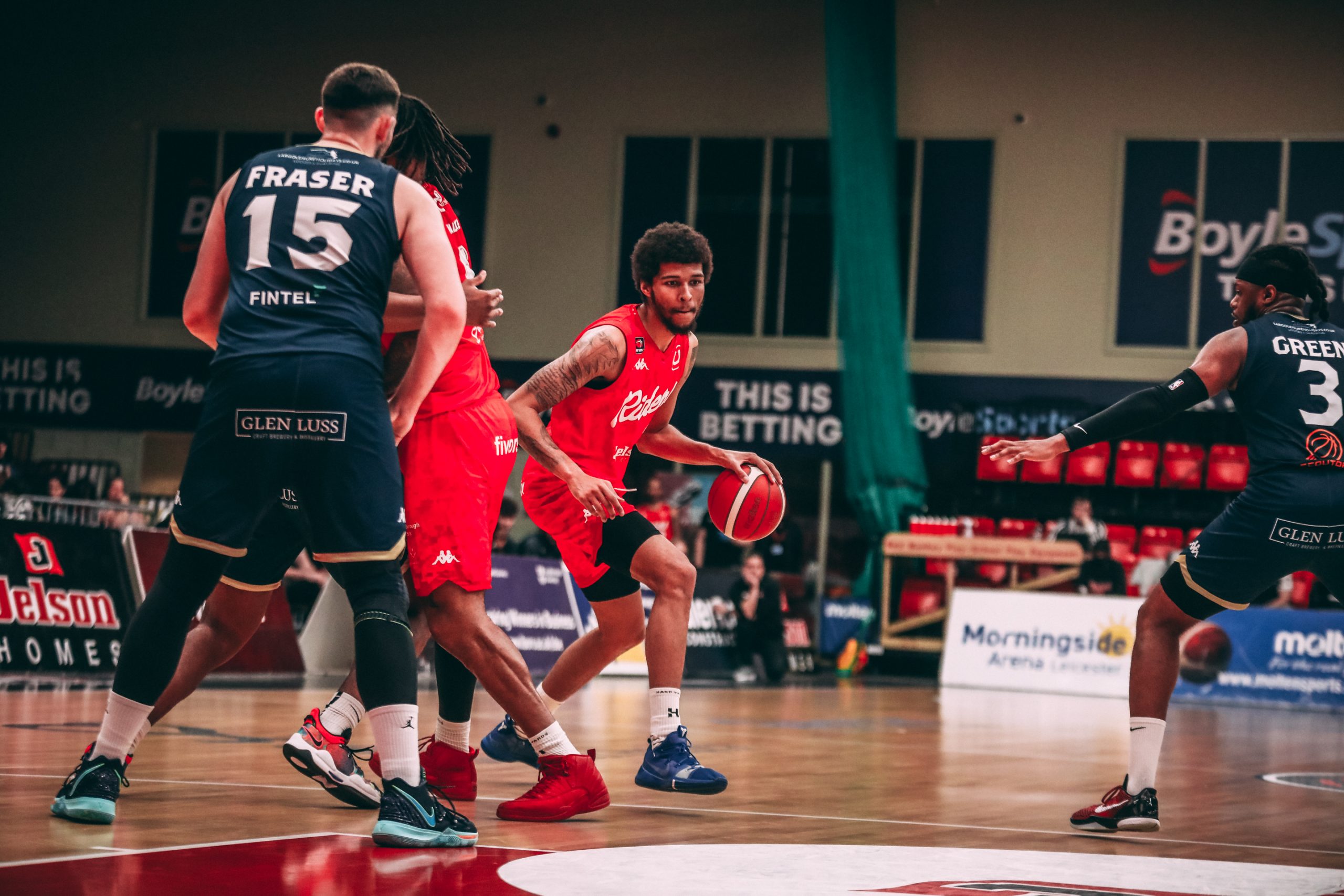 The final two games of the season are set to be useful for Leicester, as they will be played against two of the Riders’ potential first-round playoff matchups, the Glasgow Rocks and the Plymouth City Patriots.

The games will provide the Riders will key information about their opponents heading into the postseason, starting with the Rocks on Tuesday night.

The BBL Champions are gearing up for the playoffs, after winning the league with four games to spare. Having lost just two of their 24 games, they are the BBL’s premier outfit and have the luxury of casting their attention to the postseason.

Statistically, the Riders lead the league on both ends, scoring 90.6 points per game while giving up just 70. But it was their three-point shooting that saw them through their last game, a dominant 103-67 win against the London Lions.

Leicester knocked down 16 threes in the game, and 11 by halftime, besting their season average of ten a game. All the Riders starters scored double-digit points in an emphatic team display, led by 18 from Marc Loving.

GB sniper Patrick Whelan leads Leicester on the season scoring 15.2 points per game. The William Jewell graduate is not taking the last two games of the season for granted, having locked up the league title.

“At this stage of the season, we can try some different things having won the league already. We can test some different looks and that’s going to help us going into the playoffs, seeing how to guard certain actions. We’ll be ready.”

The Rocks are caught in a five-way scrap for the final playoff spot, as the season winds down. They sit in sixth position with a 12-13 record, with just four points separating fifth and eighth in the table.

Their disparaging home and away form has led to their near-.500 record. Their home form ranks among the best in the league, as they boast a 9-3 record. However, away from home, their record is 2-11, leaving them with inconsistent form.

In their previous game, however, the Rocks picked up a crucial win on the road against the Sheffield Sharks. Down one with 0.5 seconds remaining, Jordan Harris put in a lob pass on the inbound to snatch a win, a monumental basket for the Rocks’ playoff chances.

Harris is one of four Rocks players to average over 15 points per game this season, helping Glasgow to the third-ranked offence in the BBL this season. Jordan Johnson leads the team with 18.8 points per game, his 15 points against the Sharks snapping the former G-Leaguer’s seven-game streak of scoring over 20 points.

With the playoffs firmly in their sights, a win against the league champions would go a long way in securing a postseason spot for the Rocks.

Leading the team with 18 points in his previous game, Marc Loving lit up the Morningside Arena in Leicester’s blowout win. The Ohio State forward went 6-12 from the floor and hit two threes, and made the play of the game with an acrobatic 360 layup to send the home crowd, and the bench, into a frenzy.

Loving is averaging 12.6 points and four rebounds on the season, and a steal and a block per game. Head coach Rob Paternostro loves the way Loving fits seamlessly into his lineups.

“Marc’s a great all-around basketball player. He doesn’t go hunting his shot, he just tries to play the right way,” said Paternostro. “If he gets an open look, he’s taking it. I love his floor game too. His shot is amazing, and the way he plays the game is very intelligent. He’s a player that helps us in many ways.”

Loving is a former G-League forward, having played with the Agua Caliente Clippers and the Delaware Bluecoats after his four years at Ohio State. Standing at 6’7”, Loving is a danger to defenders all over the court, able to rise up from anywhere to make shots.

With a season-high of 32 points coming against the Cheshire Phoenix earlier in the year, Loving is capable of a monster night whenever needed, and will put on a show with his shot-making ability each and every night.

Leading Glasgow with 18.8 points per game, Jordan Johnson has taken his team into playoff contention this year with his elite scoring ability. Johnson ranks second in the BBL’s scoring charts, and his 8.2 assists per game ranks third in the league.

With his scoring and playmaking ability, johnson has amassed nine double-doubles this season and put up a season-best performance against the Scorchers with 32 points, 10 assists and nine rebounds early in the year.

The former G-Leaguer played his rookie year with the Rio Grande Valley Vipers after graduating from UNLV, before playing last season in the Netherlands.

Johnson is a shifty, pass-first point guard, who dished the 23rd most assists in the country in his senior year in college. Shooting 50% from the floor, Johnson plays with high IQ, taking good shots consistently while focused on making the right basketball play.

The Riders last faced the Rocks back in Febuary, in a statement Leicester win. The Riders were up 30 by halftime, and cruised to a 105-76 road win, despite the absence of MVP Geno Crandall.

Whelan and Loving led the team with 23 and 22 points respectively, as the Riders knocked down 15 threes in the game. Former Rider Ali Fraser scored 17 in his team’s defeat, going 7-15 from the field.