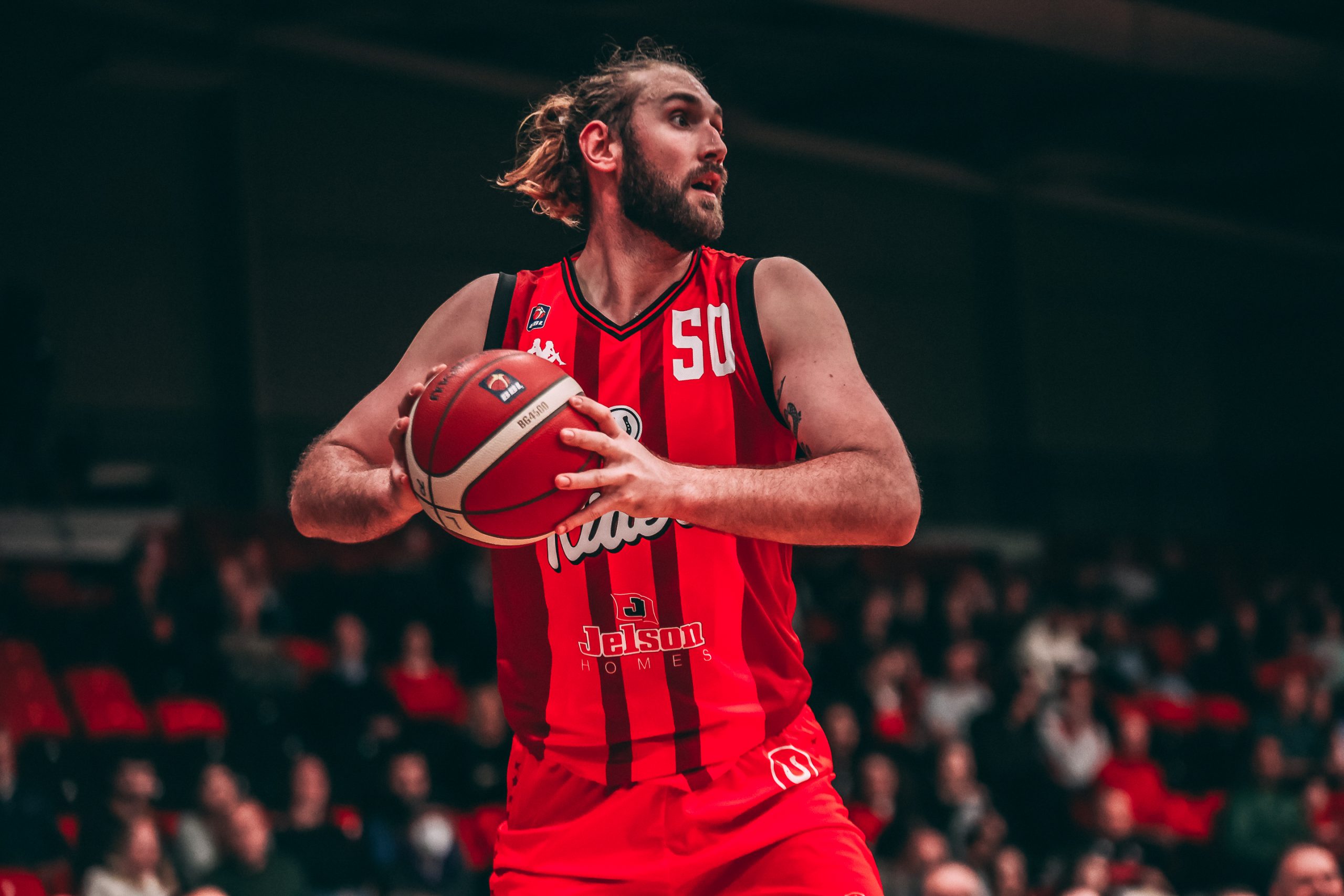 Report: Riders beat Phoenix to win three on the bounce

The Riders make it three wins on the bounce, beating the Cheshire Phoenix 89-85. their record is now 5-3, as they climb up the BBL Championship standings.

Patrick Whelan led the team with 16 points, as five Riders hit double-digit points in the win. Kimbal Mackenzie scored a season-high 12 points, scoring eight in the final period to keep the Riders’ offence ticking off the bench.

Leicester needed every one of the points in a closely fought game. It was a one-possession game with 20 seconds remaining before Zach Jackson hit a free throw and came up with a stop on defence to seal it.

For Cheshire, Marcus Evans and Tahjai Teague ran the show off the bench. Evans scored 15 from the perimeter, going 3-3 from deep and 5-10 from the field, while Teague put on a strong showing down low, scoring 14 points and going 5-7 in the paint.

But in a contest which was closely fought wire-to-wire, it was the reigning champs who used their wealth of experience to put one in the win column.

Derryck Thornton picked up where he left off in his last fixture, where he led the team with 21 points. Thornton scored six of the team’s first 12 points, helping them to a stalemate at the end of one.

Jackson also got points on the board early, bagging seven through the first ten minutes.

Little separated the teams through a half, with the biggest lead for either team standing at just four points after the second. The score was 40-38 in Cheshire’s favour, as Maceo Jack drove inside to give the Phoenix the lead to close the period.

By halftime, the Riders had hit just two of their 14 three-point attempts, staying in the game through their offensive rebounding, grabbing seven to Cheshire’s one. On the other end, the Phoenix hit 42% of their threes at the half, with 6’4” sharpshooter Llyod Daniel’s going 2-2.

Jackson got the second half going for the Riders, hitting his second and-one layup of the game. The Wichita native’s play lit a fire under Leicester’s offence, which scored 11 points in the next two minutes to build a seven-point advantage.

The Riders kept the Phoenix at arm’s length for the rest of the third, but their opponents battled to keep in it. Teague and Evans scored 13 between them in the final five minutes of the quarter for the Phoenix, with six of those points coming from the foul line.

But Jubril Adekoya had the final say in the third, nailing a corner three at the buzzer to make it 67-61 in Leicester’s favour.

Three minutes into the fourth, Kimbal Mackenzie snatched momentum for the Riders to stretch their lead to double-digits. Following his layup inside, the Riders forced a turnover off the inbound before Mackenzie hit a tough and-one fadeaway from the corner, sending the Morningside Arena into a frenzy.

Mackenzie scored eight in the final quarter to keep his side ahead, as the Phoenix fought to keep it close. Will Neighbour and Evan’s hit two straight threes with a minute remaining, which cut the lead to three.

Leicester put the ball in Jackson’s hands to seal the game with 20 seconds remaining. He took his defender one-on-one, drew a foul in the lane and hit a free throw to put them up four. He then took up his defensive assignment in isolation, locking up former Rider Jamell Anderson to win it.

The Riders are back in action on Sunday, taking on the Plymouth City Patriots on the road. A win would see them move up to second in the standings with 10 points.