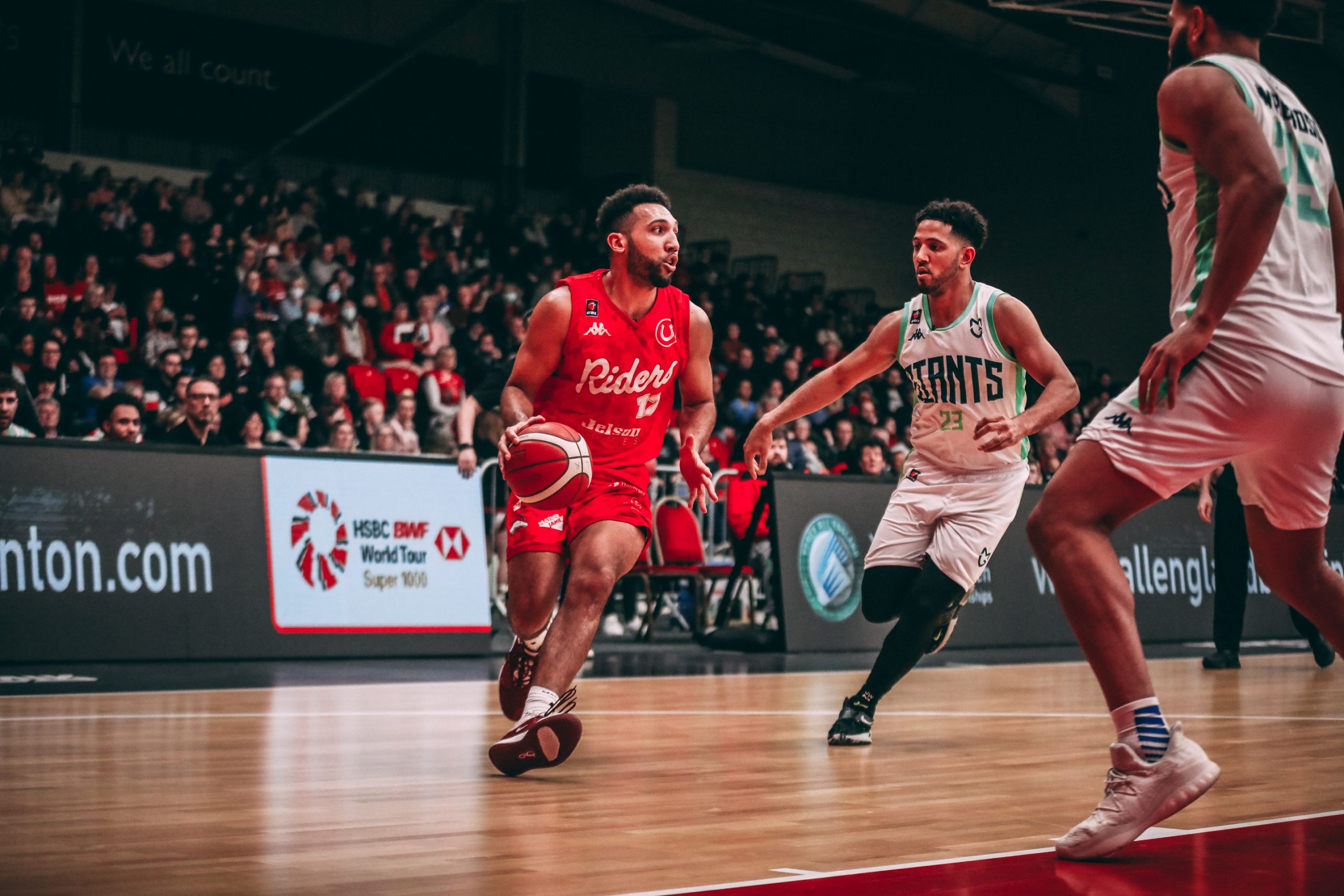 The Riders are the team to beat in the BBL Championship, as they currently top the standings with a 12-1 record. They possess both the best offensive and defensive records, scoring 91.3 points per game, while giving up just 68.4.

Patrick Whelan’s play this season has earned him a place on the GB roster, leading the Riders scoring with 14.4 points per game. The William Jewell graduate led the Riders in their most recent game, their first loss of the year which came against the London Lions.

Whelan dropped 20 in the 77-79 loss, the Riders struggled to find an offensive rhythm in the second half. Their defence maintained its impressive record of holding teams to under 80 points, however, with no Leicester opponent able to get into the 80s against their BBL best defence.

The Riders face the Sharks in front of a home crowd, hoping to bounce back and protect their undefeated home record in the league. As the league’s leading assist makers, the Riders will look to keep the ball moving to generate consistent offence in this one.

The Sharks, struggling to find consistency this season, have won three of their last six, but come into this one on a three-game winning streak.

Having scored in the 80s five times this year, but failed to break the 70 point mark four times, the Sharks offence can produce varying levels of success on any given night.

The addition of Antwain Johnson has injected a jolt of momentum into the Sharks, the 6’2” Buffalo graduate has averaged 19 points in the two game’s he has played for his new team.

He scored 20 in his previous game, a 90-77 home win against the Glasgow Rocks. Sheffield caught fire to make 38% of their threes, something that has been key to their success as the third ranked three-point shooters in the BBL.

The Sharks sit second in the league, and a win against the Riders would solidify their position. Their three-game win streak has earned them an 8-5 record, as they look to keep their momentum going.

A key to the Riders defensive prowess this season has been strong perimeter defence, suffocating opponents. No Riders player represents that better than 6’7” wing Zach Jackson.

The Omaha graduate, who led his college in scoring for his junior and senior years, uses his lateral speed, combined with strength and quick hands, to clamp his opponents down on the perimeter.

His size also allows him to fight inside, able to contest shots at the rim and grab rebounds. Offensively, Jackson is capable of big shooting nights, demonstrated on the opening day of the season with his 26 points against the Newcastle Eagles.

Having sat out most of last year with an injury, Jackson returned to the Riders in the offseason hoping to make a run at the championship, and he is an integral part of their success midway in the year.

One To Watch – Sharks

Arriving to the Sharks roster in wake of Aaron Anderson’s departure, Antwain Johnson has gotten off to a flying start in Sheffield. He followed up an 18 point debut with a 20 point performance last time out, instantly earning the admiration of the Sharks faithful.

In college, the 6’2” guard spent two seasons with the Tennessee Blue Raiders before transferring to Buffalo. He scored 10.7 points per game in 27 minutes, before graduating to play his first professional season in the Georgian Superleague.

He was then named in the 2021 Sioux Falls Skyforce training camp roster at the beginning of the season, the NBA G League affiliate of the Miami Heat.

The shifty guard attacks the teeth of the defence, using his athleticism to throw down monster jams, or his touch at the rim to make contested layups. The Riders rim protection will need to be on top form when Johnson drives to the hoop.

The sides last met at the dawn of 2022, playing in the BBL Championship in Sheffield. The Riders blew the Sharks out of the water, winning 100-62.

62 points is the lowest home tally in Sheffield Sharks history, as the Riders flexed their BBL best defence. Big man Darien Nelson-Henry led the Riders with a 19 point, 11 rebound double-double, dominating down low.