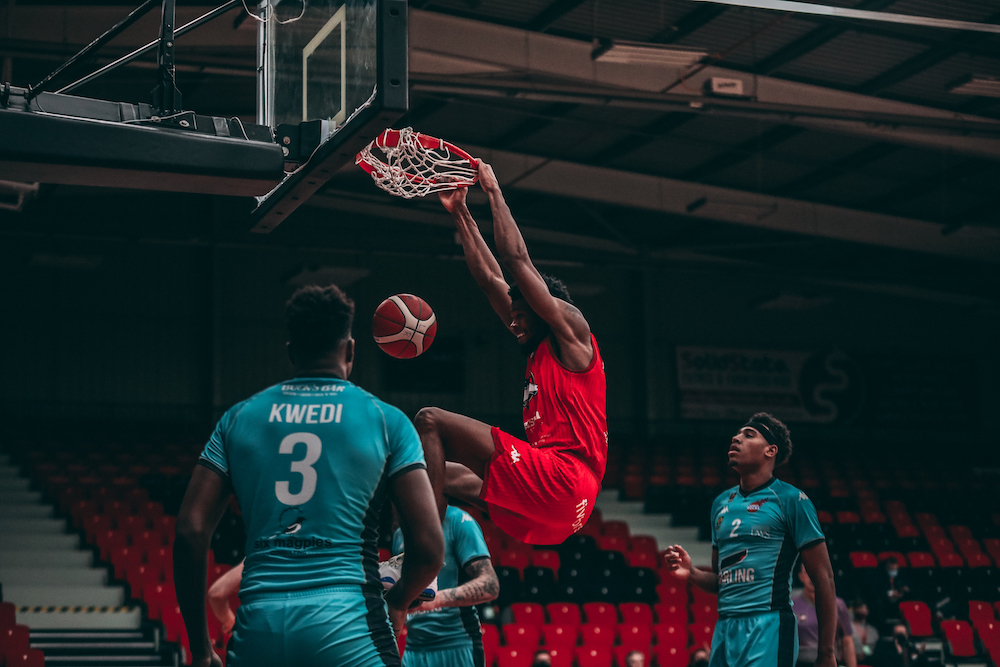 With three games in hand on the London Lions, who top the BBL Championship table, the Riders currently sit third with a record of 5-1. Holding teams to 71 points per game, they possess the best defensive record in the league, and the only unbeaten away record at 3-0. Leicester’s defence has generated good offence early in the season, resulting in 14 points off turnovers a game. This was well demonstrated in their previous game, an 82-70 win against the Raiders with 17 of the Riders’ 82 points coming off turnovers in part thanks to Connor Washington’s four steals. Washington led the scoring with 21 points, but it was Geno Crandall who made the headlines with his 18 points, 17 rebounds and eight assists. His rebound tally was the most from a guard since April 2019, and that wasn’t the only record to be broken that evening. Leicester won their 30th consecutive game against the Raiders, the best head-to-head winning streak in BBL history.

After being en-route to their first BBL Championship in franchise history before the cancellation of last season, the Rocks haven’t been able to replicate last years success so far, effectively propping up the table early on. They sit with a 2-7 record, doubling their loss tally from last season already, and are 10th in the table having played four more games than the Scorchers below. In their last game, they recorded a win to the Sheffield Sharks. Glasgow held the Sharks to just 54 points in their first double-digit win of the season. The two teams had just one three each in the low scoring affair, with Boban Jacdonmi leading the Rocks’ scoring with 18.

In the Rider’s previous game, Zack Jackson set his season-high in the BBL Championship this season, putting up 18 points and going 8-12 from the field. Jackson’s efficiency from the field led the team, in what was his best shooting night from the floor this season. Playing for Omaha in the NCAA Division 1 in college, Jackson averaged 18 points as a senior, before beginning his professional career in the Ukrainian first division for Kharkivski Sokoly. Jackson is a great scoring option for the Riders, with his effectiveness in catch and shoot situations and taking defenders off the drive. Scoring on all three levels, he is a threat to opposing defences every game.

Christian Keeling signed his first professional contract with the Rocks after a four-year college career with North Carolina, the college once attended by the great Michael Jordan. Keeling enjoyed a successful college career, averaging 19 points in his junior year with UNC. He has carried his game into professional basketball seamlessly, averaging 18 points through his first four games as a Rock. Keeling has got his points off efficient shooting, going 55% from the field and 40% from three. Capable of generating his own offence, the 6’3” guard is an incredibly talented scorer, taking and making contested mid-range jump shots with ease. With his ability to make outside shots at a high rate, the Riders will hope Keeling doesn’t catch a hot hand should they wish to keep him quiet in this one.

The Riders have won four of the previous five meetings between the two sides, most recently earlier in the season in the BBL Cup quarter-final. Leicester led wire to wire, winning 93-59 behind 20 points from Corey Johnson. Johnson made six shots, all of them threes, going 46% from behind the line. He also led the team in rebounds with seven. For the Rocks, Boban Jacdonmi put in a solid performance despite the heavy loss, dropping 17 points and nine rebounds.

Although the game will be behind closed doors, Riders fans will be able to watch the game by for FREE on Sky Sports Youtube or the Sky Sports channel.