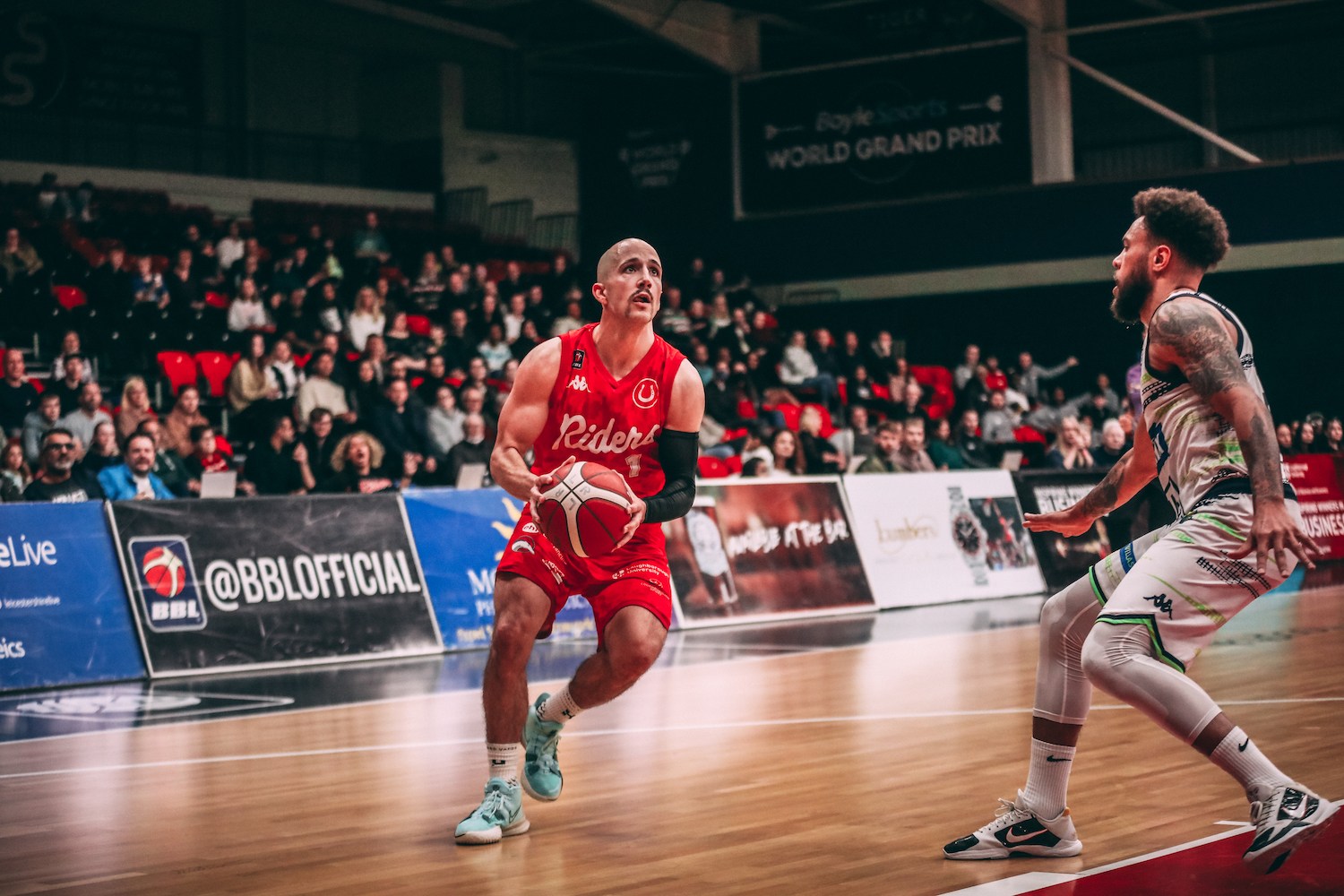 The Riders are clear at the top of the BBL Championship table, having lost just one of their 16 games this season. They are the BBL’s premier side on both ends of the floor, scoring 91.3 points per game while giving up less than 70.

Shooting efficiency has been the key to the Riders’ success this year. They have the second-best field goal percentage in the league, and are the best three-point and free-throw shooters in the BBL.

GB sniper Patrick Whelan has led the statistical charge for Leicester, earning himself his first international call-up. Shooting 48.8% from three, Whelan has scored a team-leading 15 points per game.

Leicester enters this game on a three-game winning streak, and are in prime position to retain their league title.

Despite a 0-4 start to the season leaving them propping up the BBL Championship table, the Phoenix have won seven of their last nine games to rocket up the league. They enter this tie in third place, in the midst of a five-game winning streak.

The Phoenix crash the glass and dominate the paint, not allowing second-chance points by leading the league in defensive rebounding. British big man Michael Ochereobia is a top-five rebounder in the BBL with 8.6 per game, ranking third in offensive boards.

Former Rider Namon Wright leads the points column for the Phoenix, putting up 16.6 points per game. It has been the best statistical season of his career, improving on his 15.8 points per game with Leicester in 2020.

The Phoenix will look to ride their wave of momentum to best the league leaders, continuing their good run of form. A recent win against the Glasgow Rocks earned them a spot in the BBL Trophy final, highlighting the rise of the Phoenix organisation into a silverware contending outfit.

After posting a colossal effort in his previous game against the Bristol Flyers, Zach Jackson enters this tie in hot shooting form. His 28 points led Leicester to a closely fought win, hitting a go-ahead three with less than a minute left.

Seemingly everything Jackson put up hit net in the game, as he shot 57% from the field and went 3-4 from three. 28 points was his season-high effort, after putting up 26 on opening night.

Jackson is an Omaha graduate, and has sporting prestige in his family. His mum was a national champion high jumper at Kansas State, the University of Jackson’s home city. He uses his athletic pedigree to rise high above the rim, making plays at the hoop to open up his three-point shot.

He will look to continue his rhythm against the Phoneix, putting up another efficient effort.

One To Watch – Phoenix

Taking the BBL’s spotlight with a monster posterising dunk in the Trophy semi-final, Larry Austin Jr has been integral to Cheshire’s success this season. The high-flying American two-guard is averaging 14 points and five rebounds a game, and has scored in double-digits in his last four.

Austin Jnr spent his college senior year at Central Michigan University, averaging 17.5 points, 6.3 rebounds and six assists. He was an elite force on both ends, being named to his conference’s All-Defensive team and on the All-Conference second team.

Since college, he spent two seasons in Europe, taking his talents to Turkey then Portugal, before moving to the BBL for his third professional season. Austin Jnr electrifies the BBL with his rack attacking, getting the lion’s share of his points with athletic finishes at the hoop.

The teams last met in January, as the Riders put up a blowout win in Cheshire. The score was 76-59, the lowest points tally the Phoenix have managed all season.

Whelan led the game with 16 points, shooting 62.5% from the floor and making two of his five threes.

The Phoenix, led by Wright’s 15 points, shot just 19% from three against the suffocating Riders perimeter defence.