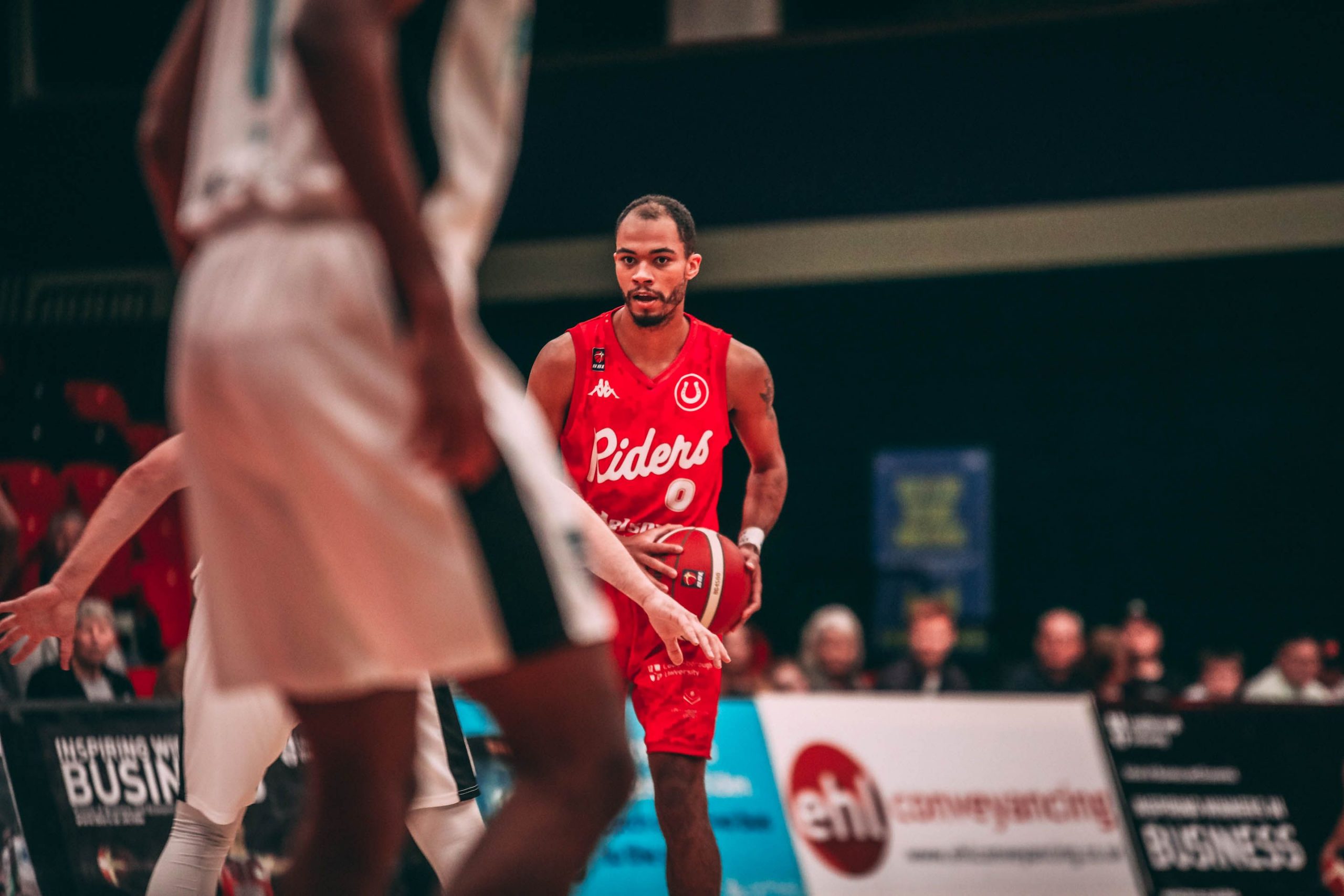 The table-topping Riders are the BBL’s only remaining undefeated team, starting the season 6-0. They possess the league’s best offence and defence, demonstrated by their 101-72 dominating win against the Newcastle Eagles in their previous game.

Geno Crandall put on a first-half clinic, scoring 20 points to put the game out of the Eagles’ reach. Crandall leads the team in scoring with 18 points and seven assists per game, kicking on from last season’s MVP winning year.

Leicester are loaded with three-point snipers, shooting 41.8% from deep on the season. The Riders shooters space the floor, allowing for team-first ball movement which generates a BBL best 25 assists per outing.

With the ability to shoot the lights out and lock down opponents defensively, the Riders are a force to be feared this season.

The Patriots sit winless at the bottom of the BBL Championship table with an 0-7 record. The newly formed Plymouth franchise look to find their feet in a competitive league, and are beginning to push teams from wire to wire.

In early December, the Patriots kept a game against a strong Sharks team to within four with two minutes remaining, showing signs of an elite defensive outfit to hold their visitors to 66 points on the game.

With just six players available to play in their previous game, Plymouth took a heavy defeat to the Cheshire Phoenix. The Patriots had four players playing the full 40 minutes, showing grit and heart throughout and will prove a stern test for the Riders.

After missing the start of the season due to injury, captain Darien Nelson-Henry has returned to the Riders to play in their previous two fixtures. The 6’11” big man has made the most of limited floor time, playing effectively whenever he sees the court.

In the first leg of the BBL Cup semi-final against the Lions, the Penn graduate put up 10 points, five rebounds and three steals in just 15 minutes. This efficiency has been consistent throughout Nelson-Henry’s Riders’ tenure, after he shot 57% from the field 73% from the line last season, making the BBL Team of the Year in his second season in Leicester.

One To Watch – Patriots

Since joining the Patriots earlier in the year, Kofi Josephs has taken the BBL by storm. The 6’6” wing out of Fort Lewis is leading the league in scoring with 25 points per game, in his third tenure in the BBL.

Birmingham-born Josephs has previously played for the Glasgow Rocks and the Worcester Wolves, averaging 14 points with the Wolves in the 2019/20 season.

He put the league on notice in his second Patriots game, dropping 46 points and eight rebounds against the Manchester Giants, draining five threes and going 11/12 from the free-throw line. The Riders defence will have to be on top of its game to ensure Josephs doesn’t explode for another hot night.

The teams last faced off in the BBL Cup Group stage, with the Riders taking the victory in both of the fixtures. Their most recent game was played at the Morningside Arena, with Leicester winning 81-64 led by 20 points from Marc Loving.

Denzel Ubairo led Plymouth with his 19 point effort, following up a 22 point performance in the first tie against the Riders.