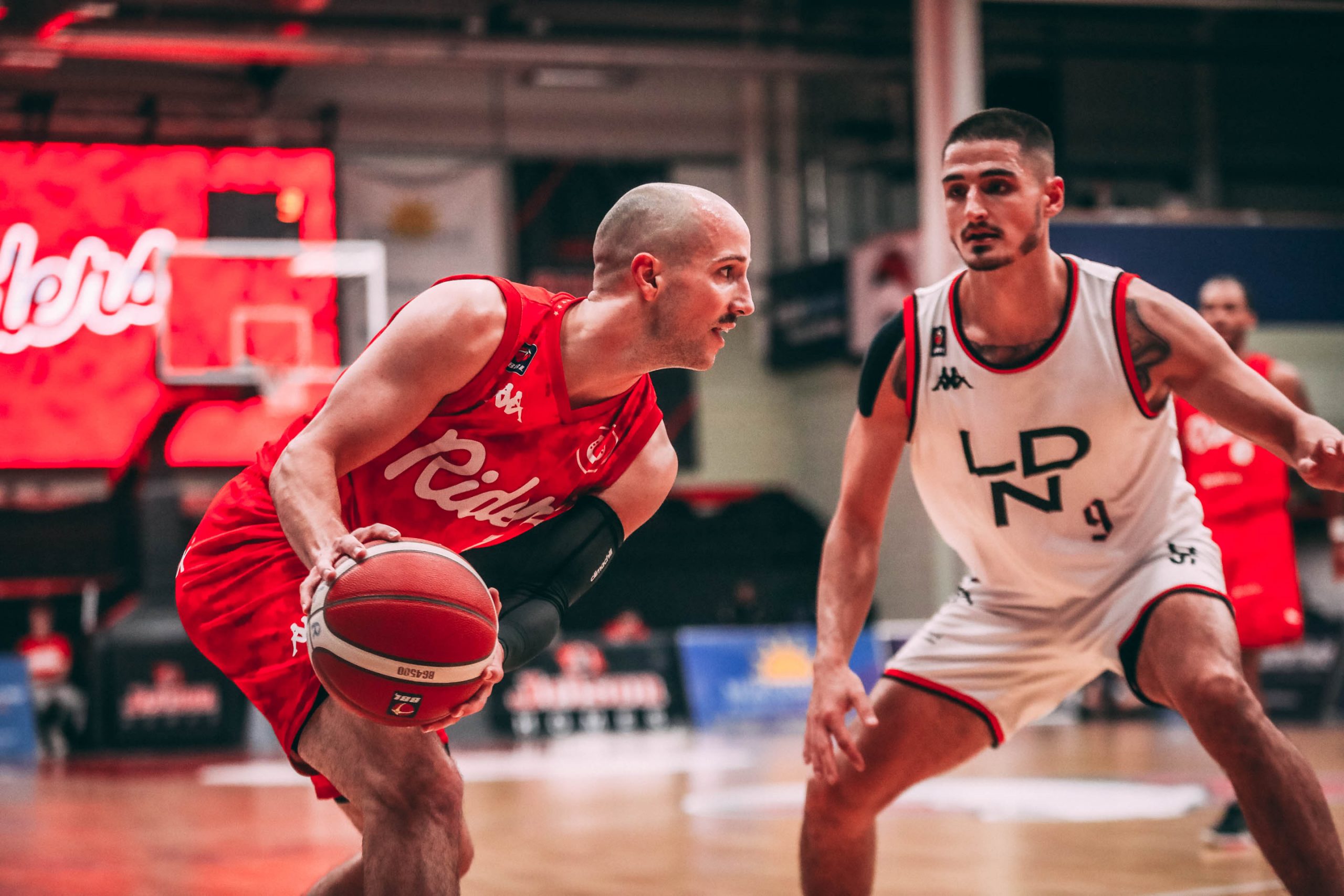 The final BBL Cup South Group game between the Riders and the Lions will determine the top spot of the group, the winner taking home-court advantage to the knockout stages.

Leicester have dominated their BBL Cup Group, entering the final game with a 6-1 record. They possess the best offence in the BBL, scoring 90 points a game, and hold their opponents to the fewest points, allowing just 74 points per game. The Riders have won seven games on the bounce in all competitions, after beating the Newcastle Eagles 100-77 in their league opener in front of the Sky Sports cameras.

Zach Jackson led the team with 26 points, his season-high tally. The 6’7” wing has cooked from deep through the BBL Cup group stage, making 39% of his threes on his way to 12 points per game. Jackson’s deep shooting has been indicative of Leicester’s season. They lead the league in three-point percentage with 43%.

The Lions possess the same 6-1 record as the Riders entering the final game of the group, their only loss coming at the hands of Leicester. They have the second-best defence in the league, in part thanks to their BBL best rim protection, blocking 5.6 shots per game. Kylor Kelly leads his team in this department, the former G-League big man blocking three shots per game in the BBL Cup.

In Europe, London made history, beating dutch side Donar Groningen 85-67 to become the first British team since 2002 to advance to the second round of the FIBA Euro Cup. The Lions went undefeated through the group stage, but may feel the effects of extra travel and game time in the BBL.

Promising prospect Victor Ndoukou has gained valuable minutes in the BBL Cup this season, the GB wing getting large chunks of floor time in the first half of games. Ndoukou represents Charnwood, averaging 13 points and shooting 40% from three last season. The 18-year-old first picked up a basketball just four years ago and has made strides towards his professional career since, with the experience of travelling and playing for the Riders. Standing at 6’8”, Ndoukou has a versatile offensive game, able to score inside and out as well as run the offence with his playmaking skills.

Dirk Williams has lit up the BBL in his second Lions season, leading the BBL in scoring with 22.5 points per game. The 6’5” two guard is getting his points at an efficient clip, enjoying a 50/40/90 season through the BBL Cup group stage. Williams is a danger to opposing defences all over the court, his shooting ability opening up lanes to the rim where he can finish strong. The UAB graduate averaged 18 points per game last season and has taken big leaps forward early in the year.

The Riders handed the Lions their first loss of the season in their previous encounter, beating London 93-76. Jackson’s monster slam over two defenders in the fourth quarter gave Leicester momentum to seal the game, in which Geno Crandall led the team with 20 points. The Riders dished 28 assists, 11 more than their opponents, generating good looks to shoot 51% from the field. Williams led the game with 30 points for the Lions, exploding to shoot 12-18 from the floor.

Tickets are just £5 for Sunday’s game, book yours now and get behind the Riders as they look to claim top spot in the BBL Cup South Group.