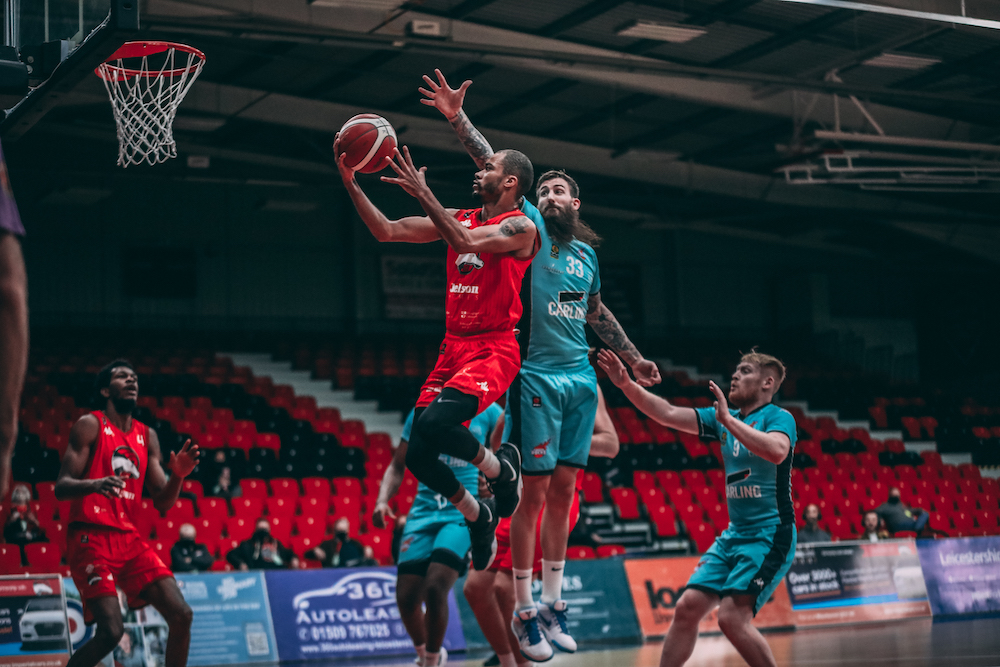 The Riders have enjoyed a great start to their BBL Championship campaign, winning their first two games by double digits. Leicester’s defence has been their greatest strength, giving up just 68 points per game, the best defensive record in the league. This defence was on full display in their most recent BBL Championship fixture against Sheffield Sharks. The Riders held the Sharks, who were averaging 91 points a game going into the tie, to just 64 points as they shot 40% from the field. William Lee led the team with his three steals, nine rebounds and a block in the game, and led the team offensively with 17 points also.

After a successful season in 2019/20, reaching their first BBL Cup final in franchise history, the Flyers began the 2020/21 season 0-2 before playing a single game. With four players testing positive for Covid-19, Bristol were unable to field a team for 14 days, meaning their first two BBL Cup fixtures were forfeited. Despite this, the Flyers still qualified for the knockouts in dramatic fashion, beating the Worcester Wolves in their final group game to finish ahead of them on points difference. However, in their most recent game, the Flyers were knocked out of the Cup by the Newcastle Eagles, losing 72-64. In the BBL Championship, the Flyers split their 4 games and currently sit with a 2-2 record.

Darien Nelson-Henry has been an interior force to start the season, averaging 14 points and 7.5 rebounds across the two BBL Championship games. The American big-man, who led Pennsylvania in points, rebounds and blocks in his senior year in college, sets hard screens in the pick and roll to get open drives to the rim. He has been also been successful working down in the post, which has opened up space for the Riders’ shooters. In Leicester’s last BBL Championship fixture, Nelson-Henry dished out five assists, kicking the ball out after being double-teamed down low.

After averaging 10 points a game for the Flyers last season, Marcus Delpeche appears to have taken a big leap forward this year. In the BBL Championship, Delpeche is averaging 19.8 points and 7.8 rebounds, leading his team in both categories. He is a freight train when driving to the hoop coming off the pick and roll; capable of throwing down monster dunks over anyone in the league. Delpeche shoots the ball efficiently, 63% from the field this season, and the 6’7’’ forward uses his frame effectively to box out opponents and pull down rebounds at a high rate.

It was Bristol who took the victory the last time the Riders faced the Flyers in the 2019/20 season, in a well-fought contest. It was a one-possession game with a minute left on the clock, and Eric Lockett made a free-throw in the final 10 seconds to put the Flyers up by four. Corey Johnson couldn’t make his three with four seconds left to make it close, ending the game. Darien Nelson-Henry was big on the glass for Leicester in the game. He had seven rebounds to go along with his 12 points, which came from just eight shots. Lockett was a big contributor for Bristol, putting up 16 points and six rebounds.

Although the game will be behind closed doors, Riders fans will be able to watch the game by either tuning into Sky Sports Mix from 7pm or alternitavely purchasing a pass from BBL Player. Riders Season Ticket Holders will be able to access the game for FREE by logging into their BBL Player account.