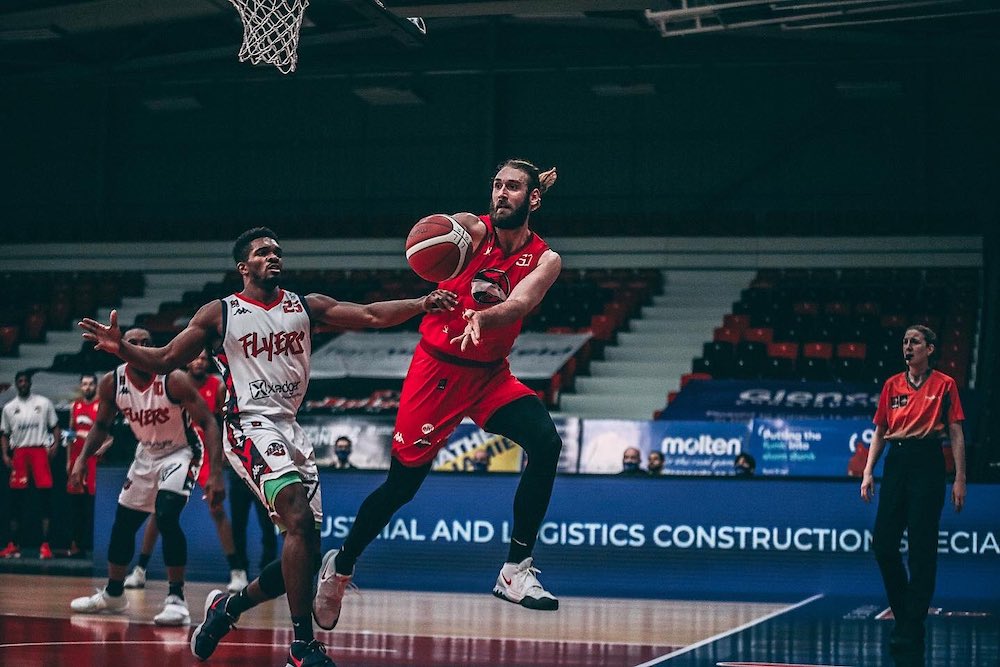 This is the second of back to back games against the Flyers for the Riders, after an 85-73 win on Friday evening at the Morningside Arena. The win protected their undefeated BBL Championship record, as they moved to 3-0. The Riders are the only undefeated team remaining, sitting top of the table with a game in hand on the four teams below. They have the best defensive record in the league and are the only team holding their opponents to under 70 points on average. The 73 points they gave up to the Flyers in their most recent game was the most they have given up in the Championship this season, however, Geno Crandall’s 19 points, eight assists and five rebounds were enough for Leicester to take the win.

After finishing eighth in the table at the cancellation of the 2019/20 season, Bristol currently sit midtable in the BBL Championship, splitting their first six games 3-3. After their loss to the Riders, the Flyers won their most recent game 79-99 away to the Surrey Scorchers. They dominated the glass in typical fashion, outrebounding the Scorchers 44-24. Bristol has owned the offensive glass to start the season. They pull down 26% of offensive rebounds a game, resulting in an abundance of second-chance points for their big men. The Flyers have three who average more than seven rebounds a game, and four players who grab at least one offensive rebound a game, the Riders will have their hands full to keep Bristol off the glass.

In the Riders’ previous game, Geno Crandall took control from the point. He displayed his whole offensive arsenal throughout the game, acting as a floor general to dish out eight assists, and using his handles and quickness to attack the hoop. Crandall had 19 points in the game, nine of which came from the foul line as he shot 90%. The 6’3” point guard, who scored 14 points a game in his year at Gonzaga, is averaging 10 points and five assists in his debut BBL season, after averaging 14 points and six assists in his Cup campaign so far.

Daniel Edozie’s incredible life-story, which includes being homeless at the age of just 12 on the streets of Los Angeles, has led him to his sixth season in the BBL with the Bristol Flyers. London-born Edozie put himself through college, getting an athletic scholarship to play in the  NCAA for Iowa State, with the help of his foster mother. After graduating, Edozie flew back to his home country, to begin his six-year stint with the Flyers. He is averaging nine points and seven rebounds on the year so far. The 6’8” big man is capable of highlight plays on both ends, using his athleticism to throw down huge dunks and swat away shots. Edozie uses his frame down low to come up with rebounds at a high rate also.

The Riders beat the Flyers in their most recent game, winning 85-73. Leicester shot 38% from three in the game, compared to Bristol’s 27%, which was ultimately the difference between the two teams. Corey Johnson, who shot 37% from three at Havard College, led the way from deep for the Riders, draining three from nine shots. Meanwhile, Marcus Delpeche continued his successful start to the season in which he is averaging 19.6 points and eight rebounds, with 19 points and nine rebounds.