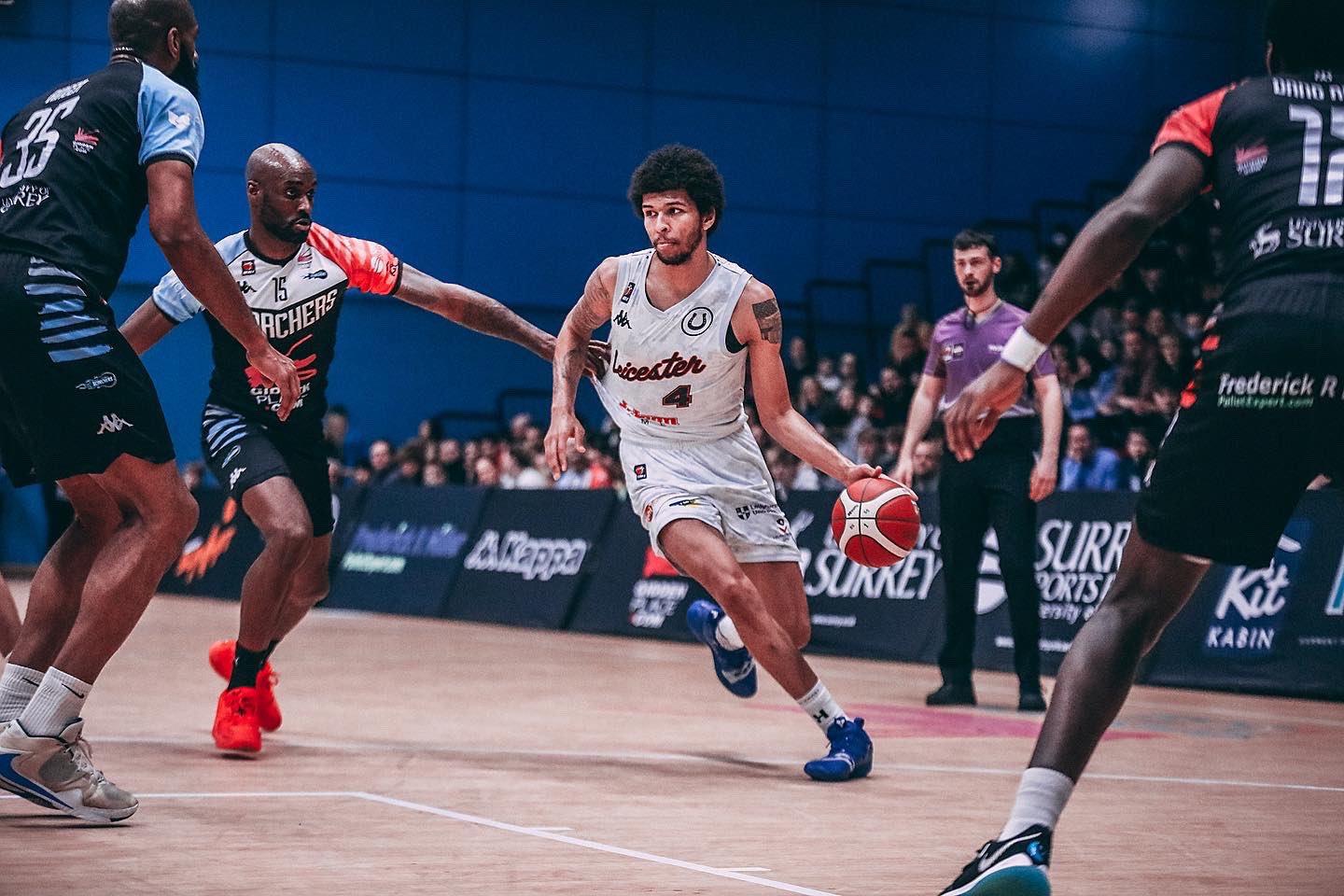 After a win against Bristol the day previous to this fixture, the Riders are three wins away from retaining their BBL Championship table. They possess an 18-2 record, and the best offence and defence in the BBL.

A huge clutch win against the Bristol Flyers put them one game closer in their previous fixture. Leicester earned an 87-82 win after Geno Crandall blocked Trejon Jacob’s three-point effort in the dying seconds, before Zach Jackson sealed the deal with a breakaway jam.

Patrick Whelan led the Riders in the game with 23 points, as he has done all season. he’s putting up 15.7 points and five rebounds a game on 47.3% shooting, a career year for the William Jewell graduate.

“We had a great reaction when things weren’t going our way. It lit a fire under the team and that’s going to be a key for us going into the playoffs,” said Whelan after the Flyers win.

“We have one hand on the trophy, but we’re going to take it game by game as we have all season. We’ll go to Surrey tomorrow and try and get the dub.”

The Scorchers prop up the BBL Championship table, possessing a 2-15 record and having won one of their last 11 games. This is the second game of a back to back against the Riders for Surrey, and they will hope for a better result this time around.

It was an 80-62 Riders win, in a game that was within single digits late until the Riders pulled away. It made the season series between the sides 2-0 in Leicester’s favour, with both games being won convincingly.

Stanley Davis Jr has led the team through the season with 16.7 points per game, the Morgan State point guard putting up 6.2 rebounds and 4.3 assists to stuff the stat sheet. Davis Jr’s productions will provide little solace for Surrey, however, who rank last in offensive production with just 72.9 points per game.

Despite their record leaving them out of playoff contention, a win against the league leaders would go a long way towards turning the Scorchers’ season around.

Stepping up in the biggest moment of the Riders’ previous game, Geno Crandall’s MVP talents were on full display in the clutch. Picking up the red hot Trejon Jacob one on one with 10 seconds remaining, Crandall forced Jacob into a tough, contested three-point attempt, which Crandall blocked to seal the game.

Crandall has been one of the BBL’s premier playmakers this season, ranking top five in the league in assists, dishing 6.8 per game. He has shown his prowess on both ends, ranking top three in steals with two per game.

The Gonzaga graduate has led the Riders to their successes all season long, continually putting winning ahead of statistical accolades. He has earned in his fair share of individual success, winning the BBL Cup final MVP to help the Riders to their first silverware of the season.

‘The General’ will look to lead the Riders to the win in this one, to take a big step towards retaining their BBL Championship title.

One To Watch – Scorchers

Joining the Scorchers in Febuary, Desmond Ringer has hit the ground running for his new team. He is averaging 14.5 points and 8.5 rebounds per game, ranking second on his team in both categories.

The Mercer graduate, who led Eagles Landing to their first ever state championship in high school, is playing in his second pro season, after competing in France last year.

Standing at 6’9”, Ringer is a versatile offensive threat, able to take defenders off the dribble and pull up from deep. He is able to run the floor, with his vision and passing ability allowing him to make plays for his team.

He provides a headache for any defence he goes up against, with his size and strength combined with his shooting creating mismatches with most defenders. The Riders will need to guard Ringer close to prevent him from continuing his hot streak.

The sides last met last time the Riders went on the road, the game going Leicester way with an 82-60 win. The Riders locked in to hold Surrey to nine points in the final period after the teams entered the fourth with the game in the balance.

Darien Nelson-Henry dominated down low, scoring 21 points in 26 minutes. For Surrey, Desmond Ringer scored 14 in his team’s efforts, as the Riders took a 2-0 advantage in the season series.