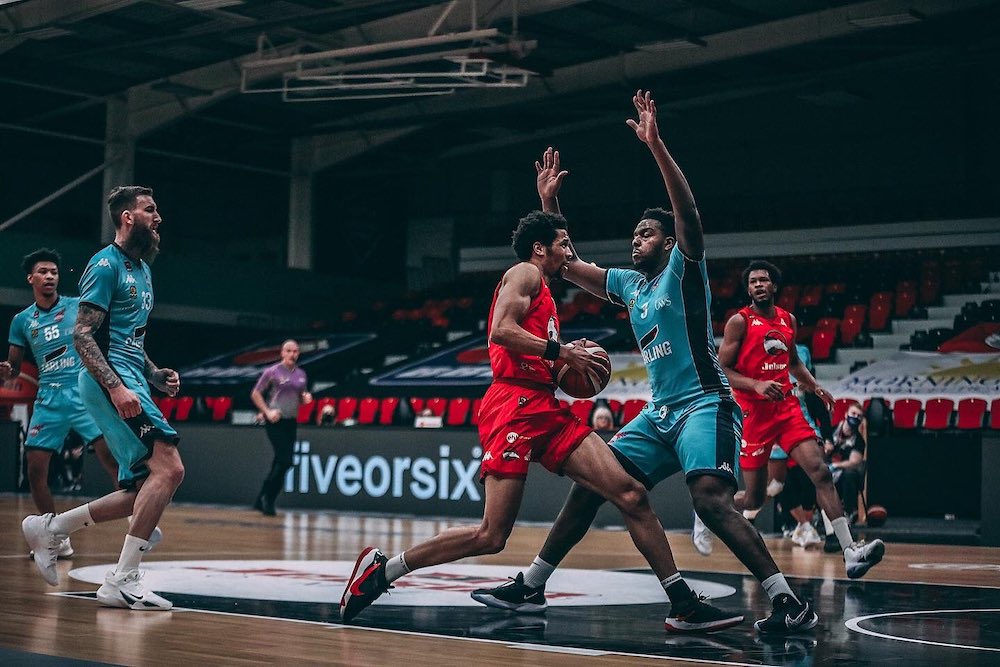 Winning an overtime thriller at home to the Giants continued Leicester’s now six-game winning streak, bringing the Riders to a 9-1 record, the best in the BBL. Giving up 74 points per game, their defence is good for the second-best in the league, however, it was their offence which brought them home in this game. Leicester scored 116 points, 102 in regulation, to see off the Giants: their second consecutive game scoring over 100 points, after not managing this feat once previously in the season. Geno Crandall has averaged 22.5 points and 12.5 assists through these two games, as he continues his hot form which earned him January’s Molton Sports BBL Player of the Month award.

Contrary to Leicester’s hot form, the Rocks’ come into this game on a nine-game losing streak, earning them a 2-12 record, propping up the BBL Championship table. Scoring just 69 points a game, their offence ranks last in the BBL. The Rocks average 30% from three and 49% from the field, managing to score over 80 points in a game just once this season. Most recently, the Rocks suffered a 77-61 loss to the Sharks, in which they shot 41% from the field, and just 38% from the free-throw line. Christian Keeling and Ronald Delph were the gems amongst the Rocks, both with 14 points in a game where Glasgow struggled to generate consistent offence, as has been the case all season.

One of the four Riders players averaging points in double digits this season, Zack Jackson has put together a consistent run of games for the Riders. Playing for Omaha in the NCAA Division 1 in college, Jackson averaged 18 points as a senior, before beginning his professional career in the Ukrainian first division for Kharkivski Sokoly. Jackson is a great scoring option for the Riders, with his effectiveness in catch and shoot situations and taking defenders off the dribble. Scoring on all three levels, he is a threat to opposing defences every game.

Recording a season-high 25 points in the Rocks’ game against the Scorchers, Ronald Delph comes into this tie with a hot hand. He went 11-14 from the field and grabbed 10 rebounds to record his second double-double of the season. Delph spent three years at Florida Atlantic in college, averaging 15 points per game in his senior year, before taking his talents overseas to play in Estonia, Latvia, Lithuania and most recently Canada, playing for the Moncton Magic. Standing at seven feet tall, the American big man has delicate touch around the rim, dropping in hook shots from the post with ease. His touch extends out to the midrange and three-point line too, giving him the ability to stretch the floor, opening up the paint for his team. Defensively, Delph is a presence inside and is averaging a career-high one block per game in the BBL this season.

The previous meeting between the two sides occurred just two weeks before this fixture, with the Riders coming out on top 90-58. Corey Johnson went off for 20 points and eight rebounds, a season-high in both categories, draining five threes. For Glasgow, it was a difficult night, with their leading scorer, Christian Keeling, finishing the game with just 11 points. The Riders shot 52% from three in the game to the Rocks 29%, a statistic which proved to be the difference between the teams.

Although the game will be behind closed doors, Riders fans will be able to watch the game by purchasing a pass from BBL Player.