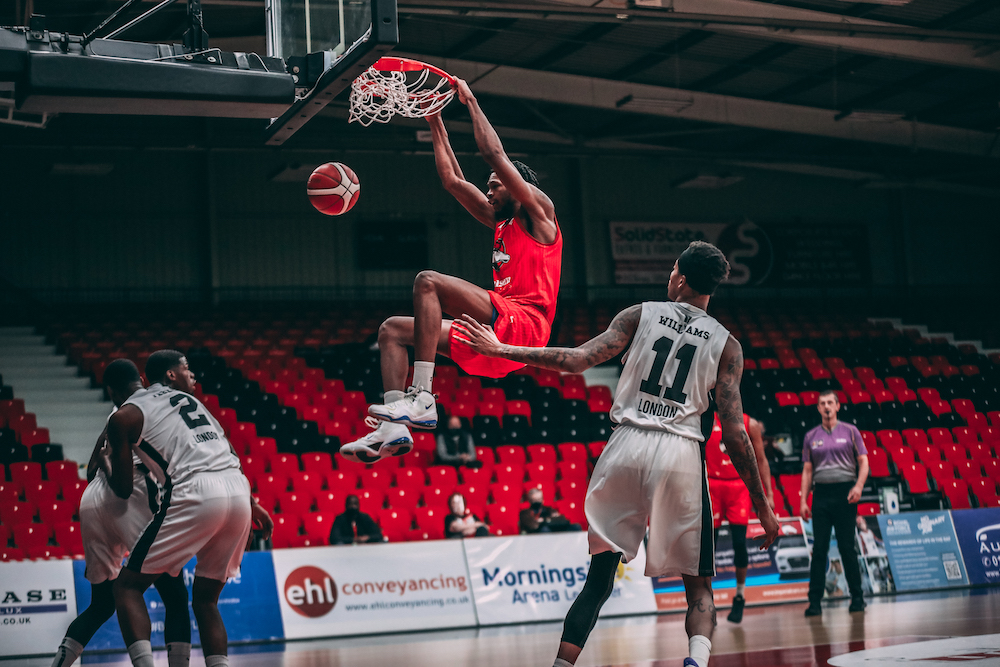 The Riders suffered their first loss of the BBL Championship season in their most recent game, losing 73-74 to the London Lions. Leicester came off the back of a two-week break between games and shot just 38% from the field in a low scoring affair. Despite this, they took the Lions to the final play of the game before falling to 3-1 to start the season. They still boast the best defensive record in the league, holding opponents to 70 points a game on average. University of Alabama graduate William Lee leads the team in points, rebounds, blocks and steals early in the season, making his presence known on both ends. The Riders sit fourth in the standings, with two games in hand on the teams above.

Plymouth started their season in emphatic fashion, topping their BBL Cup group while losing just one of the six games. Since then, the Raiders have equalled the three wins they had last season after just seven games, starting 3-4.  While Plymouth has lost four games to start the season, every game they’ve played has been closely contested. Just one of the seven games has been won by double digits, a 14 point win for the Raiders against the Worchester Wolves. They’ve had great success crashing the offensive glass, pulling down a dominant 31% of offensive rebounds per game. Michael Ochereobia leads the way in this category, pulling down two a game. The 6’8” center averaged 8.5 rebounds a game for the Cheshire Phoenix last season and has four years experience playing in the NCAA first division.

Coming to the Riders from the Iowa Wolves in the G-League in the offseason, William Lee’s hot start to the season has led to him averaging 14 points and 9 rebounds, which leads the team. The University of Alabama’s all-time leading shot-blocker also leads the Riders in blocks and steals, dominating on both ends. The 6’9” big man’s athleticism is the key to his game, as it enables him to attack the rim, swat away shots and grab rebounds at a high rate. Lee also has an effect on the defensive end which doesn’t show up in the box score, using his 6’11” wingspan to cut passing lanes and disrupt opposing offences.

After averaging 12 points a game in the Spanish second division last year, Ashley Hamilton has made an immediate impact on the Raiders this season. The 6’7” forward, who played four years for NCAA division one side Loyola Marymount in college, is averaging 20 points through his first seven games in the BBL Championship, leading the team. Hamilton is an athletic wing, who uses his speed and strength to get to the basket with ease. The lane to the basket has been opened up for him early in the season, as he has been hot from three, shooting 41% from deep. His game-high this season came against the London Lions, as he dropped 31 points. In typical fashion, Hamilton attacked the rim, getting to the free-throw line 14 times in the game and making 69% of his shots from the field.

These two teams last faced in the BBL Championship last season, and it was the Riders who took the victory, winning 90-74. Leicester’s ball movement was excellent in the game, doubling their opponent’s assist totals. Darien Nelson-Henry had 16 points off of 80% shooting, going 8-10 from the field. The Riders have won the last 28 fixtures against the Raiders, with the last Plymouth win dating back to the 1st April 2012. Leicester will hope to extend this winning streak in this one.

Although the game will be behind closed doors, Riders fans will be able to watch the game by  purchasing a pass from BBL Player.