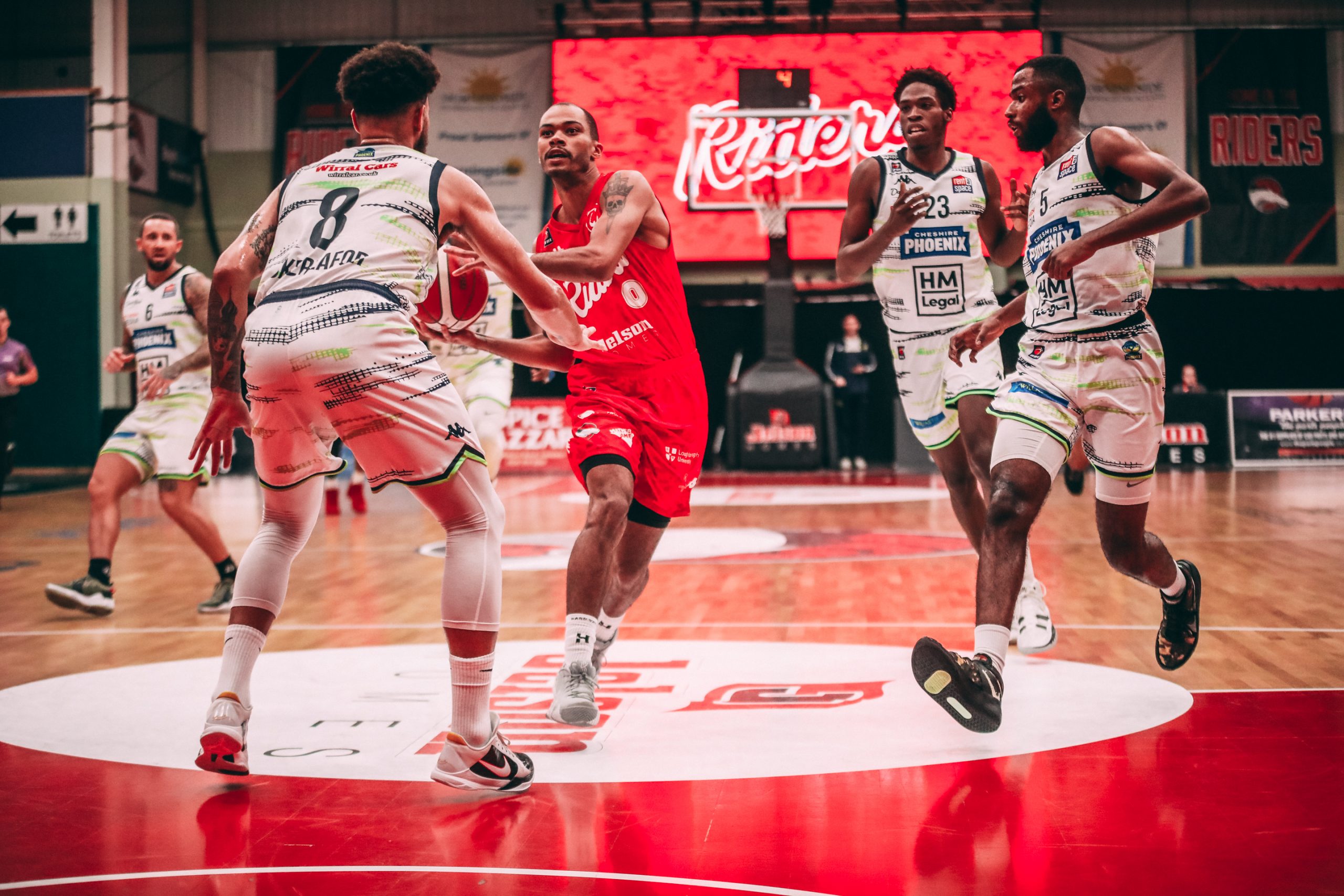 The Riders top the BBL Championship table with a 9-0 record, their form making them the team to beat heading into the second half of the season. They have the league’s best offensive and defensive record, scoring 96.4 points per game while giving up just 68.4.

Marc Loving has led the Riders through the opening stages of their league campaign, averaging 16 points and 5.4 rebounds per game. The 6’9” Ohio native is an efficient scorer, shooting 51.1% from the floor and 45.5% from three on the year.

Last time out, the Riders dominated the Bristol Flyers on the road, beating their hosts 92-64. Sharpshooter Patrick Whelan led the team for the second straight game, scoring 25 points after a 16 point first quarter effort.

The Warrington-born two-guard is guarding against overconfidence for the rest of the year:

“It’s nice to be 9-0 now, but a lot of these guys have been in a similar position and it can go wrong really quickly. We’re taking it game by game.”

Despite starting the season with five straight losses, the Phoenix enter this tie on a good run of form, winning five of their last seven league games. They sit fourth in the BBL Championship table with a 5-7 record, having played the most fixtures in the league.

Cheshire comes into this game off the back of an impressive 107-87 win against the Glasgow Rocks. Former Rider Nahmon Wright led the game with 22 points, eight rebounds and five assists.

Wright is the Phoenix’s leading scorer this season, averaging 17.3 points and 5.7 rebounds a game. The 6’5” American guard scored a season-high 28 points against the Manchester Giants and has scored over 20 in the league on five occasions.

After missing a large portion of the start of the season due to injury, Darien Nelson-Henry has been at his brilliant best after returning to the Riders squad.

The big man out of the University of Pennsylvania is averaging 13.3 points and 6.8 rebounds in just 20 minutes a game, shooting 64.7% from the field. This comes after Darien averaged 12 points and seven rebounds last season in a productive year.

The American born big man is a fan favourite, leading with respect and passion for Riders basketball. He captained the team to their 2020/21 BBL Championship, making his experience and leadership integral to their title defence this year.

One To Watch – Phoenix

In his 50th consecutive GB appearance, Okereafor led GB to a famous win over Greece, ranked 32 places above them. He recorded 19 points, four rebounds and three assists, nailing all four of his three-point attempts.

In the BBL, Okereafor is his side’s leading playmaker, dishing 6.6 assists per game. He’s scoring 11.5 points on the season, and he enters the Riders fixture on hot form, having scored a season-high 19 points in his previous game.

The VCU graduate is an experienced eight-year pro, having played in Greece and Italy. The 6’3” point guard is an elite playmaker and shooter, knocking down 39% of his three-point attempts this season.

The sides last met earlier in the league campaign, with the Riders emerging as 94-72 victors. Marc Loving led the game with his season-high 32 points, catching fire from three to go 6-10.

For Cheshire, team GB guard Teddy Okereafor with 17 points and 12 rebounds, as the Riders forced his team into 19 turnovers on the game. Leicester shot 50% from the floor and 45.2% from three in a comfortable home win.