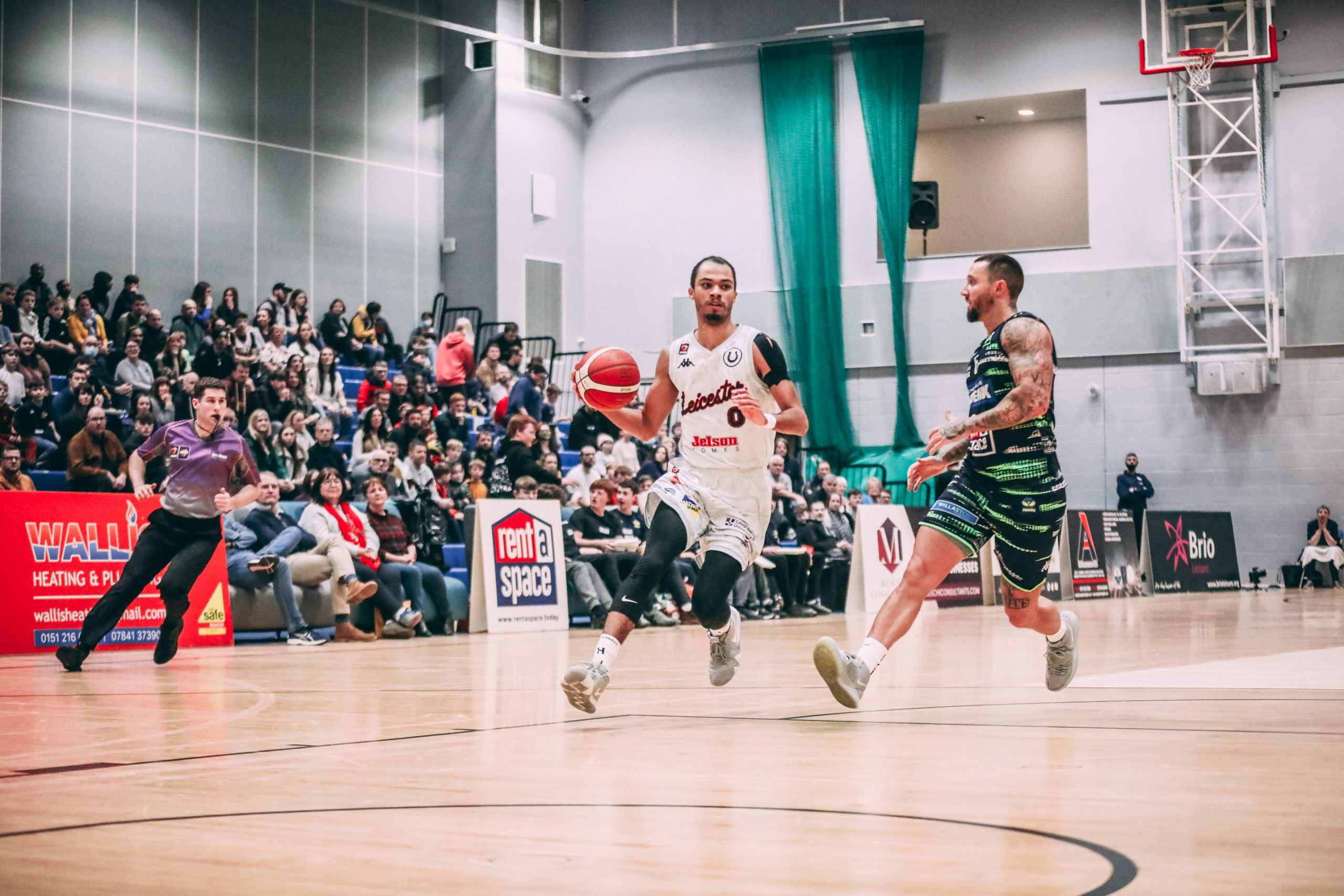 The Riders made it 10 straight league wins to start the season, beating the Cheshire Phoenix 76-59. Reigning MVP Geno Crandall stuffed the stat sheet with a triple-double, putting up 13 points, 12 rebounds and 11 assists.

The tie was tightly contested through three quarters, before the Riders’ BBL best defence locked in. They held the Phoenix to just two points in the first eight minutes of the fourth quarter, and exploded from three late, hitting five shots from deep to seal the win.

Patrick Whelan led Leicester for the second straight game, scoring 16 points from just eight shots. He was one of four Riders players to score in double digits, with Kimbal Mackenzie and Darien Nelson-Henry getting in on the action off the bench.

Cheshire fought tooth and nail throughout the game, led by former Rider Nahmon Wright’s 15 points. Leicester held the Phoenix to their lowest scoring tally of the season after they entered the tie having won five of their last seven league games.

It wasn’t smooth sailing throughout, however, as Leicester fell victim to a hot 8-0 Phoenix start. GB sniper Ben Mockford hit his first two threes to get Cheshire on the board, as the Riders endured turnover troubles, ending the first with seven.

Entering the second quarter down 18-10, the Riders tidied up their offence to climb back into the game. They got to the foul line effectively, with Nelson-Henry and Mackenzie knocking down their free-throws to cut the game to five.

The Riders duo combined for the highlight play of the half, as Mackenzie threw a perfect lob to his big man who jammed the ball down two-handed. Their momentum play sparked a 9-1 Riders run which cut the game to one.

With two minutes remaining in the first half, Zach Jackson bolted out on a fastbreak, laying it in to give the Riders their first lead of the night. Nelson-Henry scored eight in the quarter to lead the comeback, the Penn graduate’s dunk concluding a low scoring first half with his side up 31-30.

A back and forth battle kick-started the second half. There were eight lead changes in the third quarter, before the Riders found their flow. Getting into their rhythm late in the period, Leicester took an eight-point lead, their biggest of the game.

Whelan led the Riders on their run, scoring eight points in the third to help Leicester to their advantage entering the fourth.

There was a nearly four-minute wait for the first score of the final period, with both sides locking down with the game on a knife’s edge. It was the Riders who broke the deadlock, with Mackenzie knocking down a three after Crandall spectacularly swatted a Phoenix lob attempt.

Mackenzie caught fire to hit three straight deep shots, putting Leicester up 13 late in the game. His clutch play sucked the life out of the Cheshire crowd, sealing the game for the league champions.

The Riders won the fourth quarter 19-9, starting the period with a 17-2 run. Charnwood’s Louie Jordan concluded the game with a corner three, capping off a dominant final period.

The Riders no turn their attention to their biggest game of the season so far, the BBL Cup final. They head to Birmingham where they will face the Manchester Giants, hoping to lift the trophy for the first time since 2014.