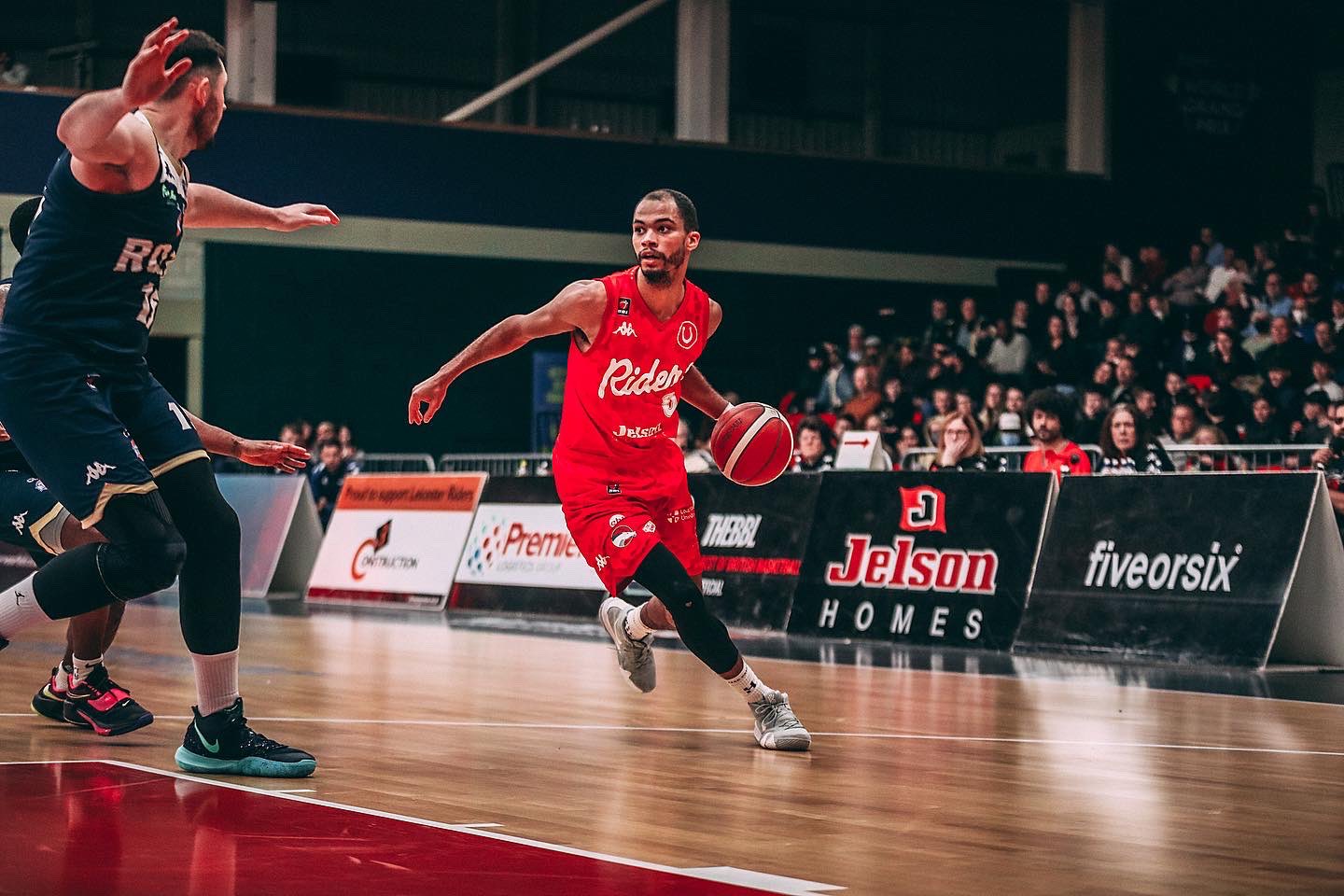 After falling to the Bristol Flyers in the first game of their BBL Cup group, the Riders enjoyed a six game winning streak to qualify for the knockouts. They then won a nailbiter in the quarter finals, with Jubril Adekoya’s game winner seeing them past the Cheshire Phoenix 85-84. November’s BBL Player of the Month Geno Crandall leads Leicester in the BBL Cup with 17.2 points and 7.6 rebounds per game, the reigning MVP picking up where he left off last season.

The Riders enter the semi-finals brimming with confidence after a commanding 105-76 win against the Glasgow Rocks. They bolted out the gates, up 32-13 after the first quarter, and never looked back, torching the Rocks with 18 threes. Patrick Whelan drained six of those threes, scoring his Riders-high points tally with 22, accompanied by seven rebounds and six assists.

The Lions cruised through the BBL Cup South Group with a 7-1 record, topping the table to progress to the knockouts. They started their campaign with seven straight wins, losing only to the Riders. In the quarter-final, London dominated against the Sheffield Sharks, pulling out a 100-68 win. Italian sniper Lorenzo Cugini led the game with 28 points, getting red hot from deep to make five of his 10 threes.

In their previous fixture, the Lions bounced back from a loss to the Eagles by blowing out the Manchester Giants 107-80. Dirk Williams went off for 30, making 11 of his 16 attempts. The Lions showed their strength in depth with 40 bench points, Cugini scoring 18 in 23 minutes.

Doing the dirty work in his previous fixture, versatile forward Jubril Adekoya dominated the glass against the Rocks, grabbing 10 rebounds. He scored six points and dished seven assists in a balanced offensive outing, and was key to the Riders early dominance with four offensive boards in the first half. The Valparaiso graduate has played key minutes at the center position off the bench in the absence of Darien Nelson-Henry, his ability to defend any position adds flexibility to coach Rob Paternostro’s lineups.

Leading his team in the BBL Cup with 22.4 points per game, Dirk Williams has been on a tear to start the season. The 6’5” wing in his second Lions season has scored over 20 in five of his seven Cup games this year, with a high of 30 coming against the Riders. Williams is a danger to opposing defences all over the court, his shooting ability opening up lanes to the rim where he can finish strong. The UAB graduate averaged 18 points per game last season and has taken leaps forward this year.

With both teams having progressed to the knockout stages, the sides last met on the final game of their BBL Cup Group. The Lions took a 97-83 win to split the season series 1-1, with Conner Washington and Lorenzo Cugini leading the game with 20 points each.